Apple plans to shove more RAM onto its new iPhone 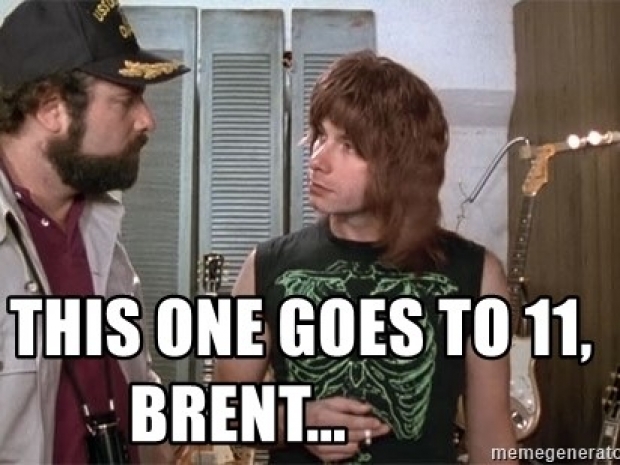 This one goes to XI

The fruity cargo cult Apple appears to have hired Nigel Tuffinel from Spinal Tap and decided that the next iPhone XI should go to 11 when it comes to RAM.

While Apple doesn’t always increase the amount of RAM from one year to the next that means that it has fallen behind rivals in offering RAM.  Currently, it will give you 3GB of RAM on the iPhone X and a clip round the ear for asking for more.  To be fair we agree, most Apple users don't need  more RAM on their devices. After all most mobile Apps work well below that requirement and Apple's multi-tasking ability is somewhat limited. Apple users are generally happy with the 2GB Apple has been offering for a while.

What Apple users would probably be better off with is a better phone... but this one goes to 11.

Anyway, an unreleased iPhone has seemingly been benchmarked with 4GB of RAM, probably for the rumoured iPhone XI Plus.

Analyst Ming-Chi Kuo has previously predicted that the two iPhone XI models will have 4GB while the iPhone 9 will have 3GB, and at least one model getting 4GB would make sense, since Apple’s first 3GB iPhone was the iPhone 7 Plus a couple of years ago, so we’re due an upgrade.

Other than an upgrade to the RAM, this Geekbench listing also reveals that the phone has a hexa-core chipset, just like the iPhone X does, but while that handset is clocked at 2.39GHz this one is seemingly a slightly faster 2.49GHz.

Last modified on 03 July 2018
Rate this item
(0 votes)
Tagged under
More in this category: « Diameter protocol has same vulnerablities as SS7 standard Huawei to launch 5G by June 2019 »
back to top