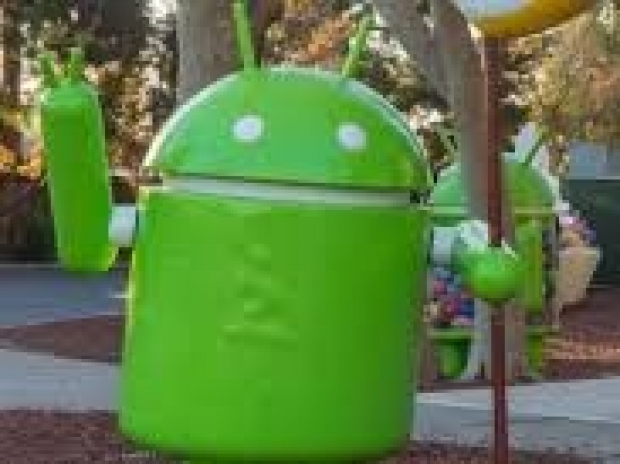 A US company makes android

ZTE's woes over losing all its US component companies might get worse as it was revealed that it might also lose its Android licence.

The US Commerce Department banned American firms on Monday from selling parts and software to ZTE for seven years after the outfit violated an agreement that was reached after it was caught illegally shipping US goods to Iran. Then the US telecoms regulator proposed new rules that would bar government programmes from buying from companies that it says pose a security threat to US telecoms networks, which will likely hurt both ZTE and rival Chinese smartphone maker Huawei Technologies.

The moves threaten to complicate relations between the United States and China further. The two countries have already proposed tens of billions of dollars in tariffs in recent weeks, fanning worries of a full-blown trade war that could hurt global supply chains as well as business investment plans.

The Commerce Department decision means ZTE may not be able to use Google’s Android operating system on its mobile devices, a source familiar with the matter said on Tuesday.

ZTE and the Alphabet have been discussing the impact of the ban, the source added, but the two companies were still unclear about the use of Android by ZTE. ZTE shipped 46.4 million smartphones last year, placing it seventh among Android-based manufacturers.

The proposed new rules from the Federal Communications Commission (FCC), meanwhile, which are expected to be finalised this year, appear to be another prong in a US effort to prevent ZTE and Huawei from gaining significant market share in the United States.

They would prevent money from the $8.5 billion FCC Universal Service Fund, which includes subsidies for telephone service to poor and rural areas, from being spent on goods or services from companies or countries which pose a “national security threat to the integrity of communications networks or their supply chains”, the FCC said.

FCC Chairman Ajit Pai, claims it is because of the Chinese phones all ship with hidden ‘backdoors’ to networks in routers, switches, and other network equipment can allow hostile foreign powers to inject viruses and other malware, steal Americans’ private data, spy on U.S businesses, and more.

Pai appears to have forgotten that the CIA was caught installing hardware in Cisco gear so that it could be used for spying, but we guess it only matters when the allegations are about non-Americans.  Most of his concerns are about Huawei, the world’s third-largest smartphone maker and so far there has been little in the way of actual proof that Huawei gear was any more used for spying on people than Apple hardware which was made in China.

Republican US senators have also introduced legislation that would block the US government from buying or leasing telecoms equipment from Huawei or ZTE.

Last modified on 18 April 2018
Rate this item
(0 votes)
Tagged under
More in this category: « Meizu sets a date Asus may be working on a gaming smartphone as well »
back to top