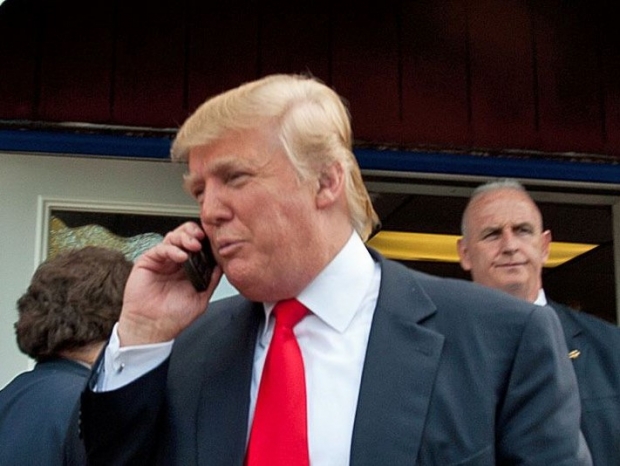 Not his of course

Donald (Prince of Orange) Trump is rather attached to his mobile phone which he uses to make pronouncements through his Twitter account at all hours.

Apparently, Donald is a little worried about all those White House staff around him who also have mobile phones with the ability to contact the outside world just as easily as him. Trump is very concerned about leaks and people tapping on their phones when they should be listening to his pearls of wisdom.

One official said that there are too many devices connected to the campus wireless network and that personal phones aren't as secure as those issued by the federal government.

White House Chief of Staff John Kelly, whose phone was found to be compromised by hackers earlier this year, is responsible for the ban.

The White House already takes precautions with personal wireless devices, including requiring officials to leave phones in cubbies outside of meeting rooms where sensitive or classified information is discussed.

Top officials haven't yet decided whether or when to impose the ban, and if it would apply to all staff in the executive office of the president. While some lower-level officials support a ban, others worry it could result in a series of disruptive unintended consequences.

Last modified on 28 November 2017
Rate this item
(0 votes)
Tagged under
More in this category: « Apple’s clownlike programming strikes again Qualcomm to live cast the new Snapdragon birth »
back to top