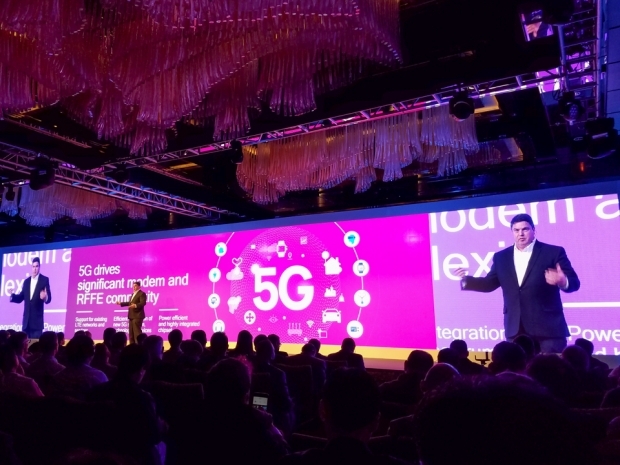 Qualcomm helped 3GPP to make some tectonic shifts and allow the 5G NR to be ready in 2019.

A few times in the last few months we heard from Qualcomm’s that the 5G NR (New Radio) will be ready for commercial applications in late 2019.

This is a speed up since the 3GPP was planning for a  2020 rollup. Now it is expected that the 5G specification will be locked down before the end of 2018, a definitive speed difference up from the previous 2019 plans.

The 3rd Generation Partnership Project (3GPP) is a collaboration between groups of telecommunications associations, known as  Organizational Partners. To make it simple, 3GPP is the governing body that harmonizes the wireless market across the globe and does a hard job of locking approving, denying features and especially locking down the spec. Qualcomm is very vocal, pointing out that it is trying to speed things up and strived  sucessfully to pull in 5G NR by late 2019. The original plan was to launch in 2020. We even heard Cristiano Amon, who serves as executive vice president, Qualcomm Technologies, and president of Qualcomm CDMA Technologies (QCT) mentioning the 2019 date, as well as Serge Willenegger, senior vice president, product management, Qualcomm. Serge is the key "modem" guy at Qualcomm.

Memory lovers know about JEDEC, a standardization body for memory. Still, memory standards are less complex than 3GPP as there are so many variables differ from country to country.

Imagine - Europe alone has 51 countries and most of them have a few wireless carriers (providers). The European Union has 28 countries, maybe 27 after mid 2019 and Brexit. There are 23 more countries that haven't made it into that powerful pack of countries that have their own frequencies, laws and rules.

Each and every one of these countries has its own regulations and bidding and licensing for 4G frequencies. One country’s commercial 4G frequency might be intended for military or other non commercial uses. The same scenario can be applied to other countries including some big markets like China, India or the USA.

As you can see 3GPP has a hard job. Of course, 3GPP works closely with hardware manufacturers who make smartphones and other modems work on networks as well as carriers.

The 2019 5G NR capable devices will have to work across existing 4G networks making things even more complicated.

Speeding to the final standard in such an environment leads us to the conclusion that it is a very important transition, possibly even more important than 3G to 4G.

A while ago, Fudzilla had the chance to be the part of a press conference with the Austrian Ministry for Transport, Innovation and Technology as well as three CEOs of three major carriers talking about 5G.

Austria just like the other 28 European Union member countries plans to have 5G deployed in 2020 - at least in the major cities. It looks like someone else might beat it to it, as KT Telekom talked to Fudzilla at  MWC 2017 about 5G trials for the 2018 Winter Olympics in PyeongChang 2018, South Korea. It is important to distinguish this from 5G NR, as the current KT trials are not based on the final specification. The reason, mentioned above, is very simple, the 5G NR (New Radio) specification won't lock into place until late 2018. It is easy to see that the  European Union sees a big opportunity in 5G, and even though jobs will be lost to automation, 5G will create a lot of new jobs.

Just think about the jobs that were created since the introduction of the internet, smartphones and faster 3G and essentially 4G internet on the phone. Uber, online media, Netflix and many other things were not possible without the internet and, later, smartphones.

5G with speeds up to 5Gbit a second will enable things most cannot even imagine, and it is right around the corner. You know, after 4K comes 8K followed by 16K at some point. There are high bandwidth things such as 360 video, Virtual Reality and Augmented reality that will demand a lot of bandwidth and speed. Let's not forget that 5G promises sub 1 ms latency and your self driving car will enjoy being always connected to the 5G network in the future, as well as your connected home.