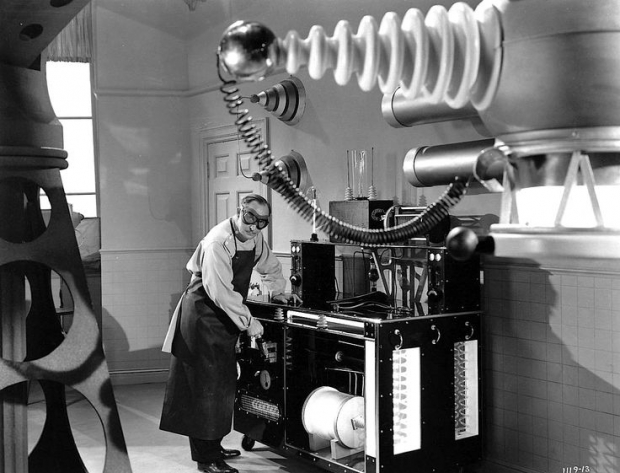 US boffins have emerged from their smoke filled labs with a prototype of a battery-free mobile phone.

The phone is the work of a group of researchers at the University of Washington in Seattle and works by harvesting tiny amounts of power from radio signals, known as radio frequency or 'RF' waves.

Team member Vamsi Talla told Reuters that ambient RF waves are all around us so, as an example, your FM station broadcasts radio waves,TV stations, mobile phone towers. They all are transmitting RF waves.

The phone is a first prototype and its operation is basic - at first glance it looks little more than a circuit board with a few parts attached and the caller must wear headphones and press a button to switch between talking and listening.

But the boffins say there are plans to develop further prototypes, featuring a low-power screen for texting and even a basic camera. They also plan a version of the battery-free phone that uses a tiny solar cell to provide power.

The researchers plan to release a product in eight to nine months time, thought they would not give further details. One team member however, was prepared to give a glimpse of how their work will impact the future of cellphone technology.

"In the future every smartphone will come with a battery-free mode where you can at least make a voice call when your battery's dead."

Meanwhile Researchers at the Universities of Bristol and Surrey in Britain, are developing supercapacitors, which they believe will eventually allow devices to charge in a period of a few minutes.