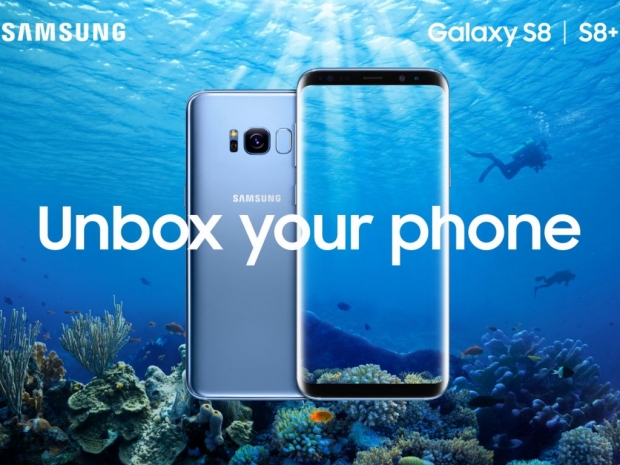 Both smartphones are quite similar in terms of hardware, specifications and features with the key difference in size. The Galaxy S8 measures at 148.9x68x1x8.0mm and weighs 155g, which is pretty tight for a smartphone that comes with a 5.8-inch screen. The Galaxy S8+ is slightly larger at 195.5x73.4x8.1mm and weighs 173g but comes with a 6.2-inch screen.

Both screens are called "Infinity Display" and these are Super AMOLED panels with 2960x1440 Quad HD+ resolution, 18.5:9 aspect ratio and 570ppi pixel density (529ppi on the 6.2-inch Galaxy S8+). Screens also come with Mobiel HDR Premium certification and are, in addition to the back, also protected by Gorilla Glass 5. 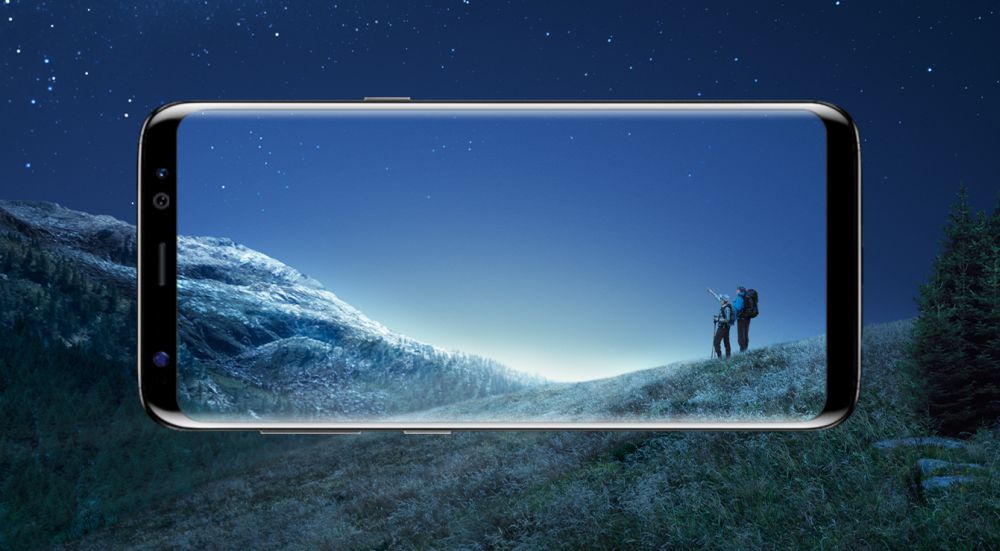 To keep both smartphones smaller, Samsung decided to ditch the "physical" home button, which is replaced by pressure-sensitive on screen buttons with tactile feedback that will rival Apple's stuff. While it did ditch some buttons, Samsung also moved the fingerprint scanner to the back as well as added a dedicated "Bixby" button on the side, just below the volume buttons. Both smartphones also come with IP68 certification, which means they are dust and water resistant. 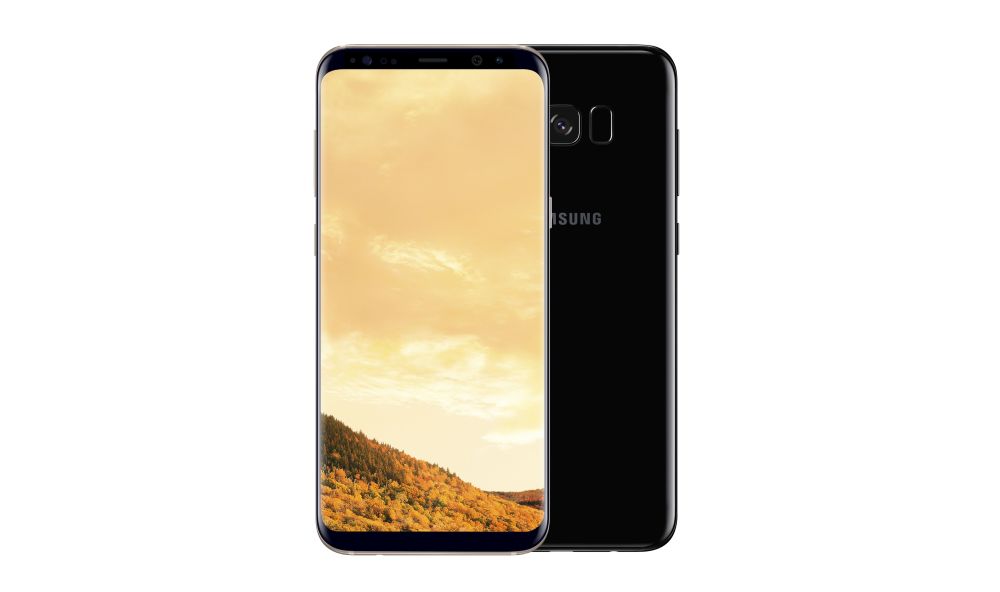 As far as the main camera goes, both smartphones come with the same 12-megapixel f/1.7 Dual Pixel camera with Smart OIS that we saw  on the Galaxy S7, but with slight enhancements to image processing, so it should be a bit snappier and give better pictures under low-light. The front side camera is boosted to an eight megapixel sensor with auto-focus and face detection.

As for hardware,  Samsung bragged about the new 10nm octa-core SoCs. Depending on the region, the Galaxy S8 and Galaxy S8+ will be the first smartphones with Qualcomm's Snapdragon 835 or Samsung's Exynos 8895 SoCs. Both will also pack 4GB of LPDDR4 RAM and 64GB of UFS 2.1 storage, expandable up to 256GB via a microSD card slot. Some regions will also get 6GB/128GB versions.

Performance is likely to be very similar and both smartphones will get LTE Cat.16 support with transfer speeds of up to 1GBps. The rest of the specifications include standard connectivity options, like dual-band 802.11ac WiFi, Bluetooth v5.0, USB Type-C, NFC, GPS and more. It also got an Iris sensor on the front, next to standard accelerometer, barometer, gyro, fingerprint, heart rate, proximity, pressure, and other sensors it has.

The Galaxy S8 comes with a 3,000mAh battery while the bigger Galaxy S8+ has a 3,500mAh battery. Both will feature Samsung's Adaptive Fast Charging fast charging via USB Type-C port as well as fast wireless charging (WPC, PMA). 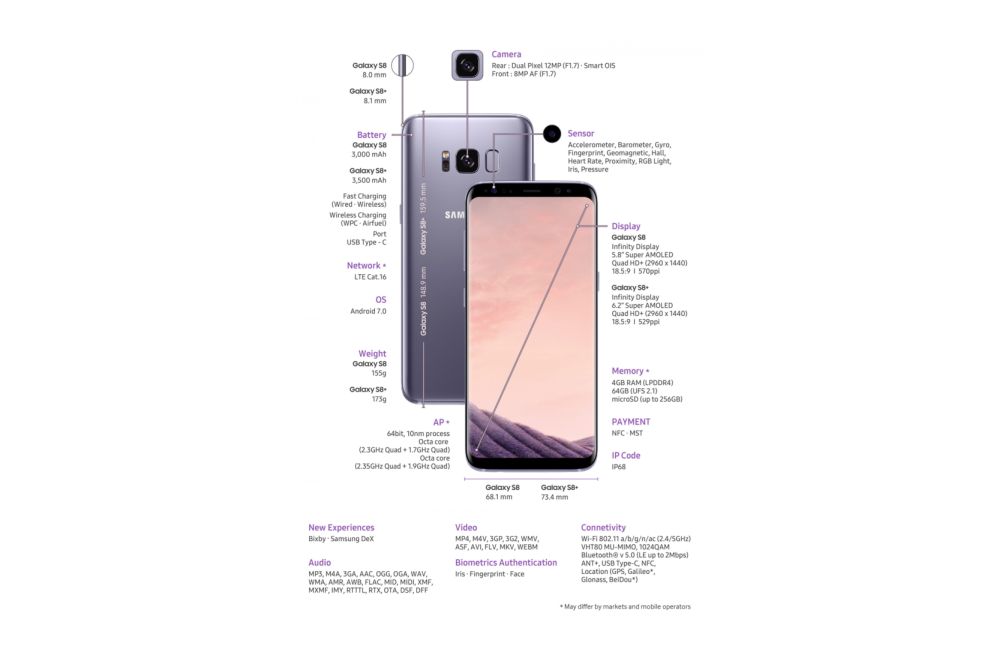 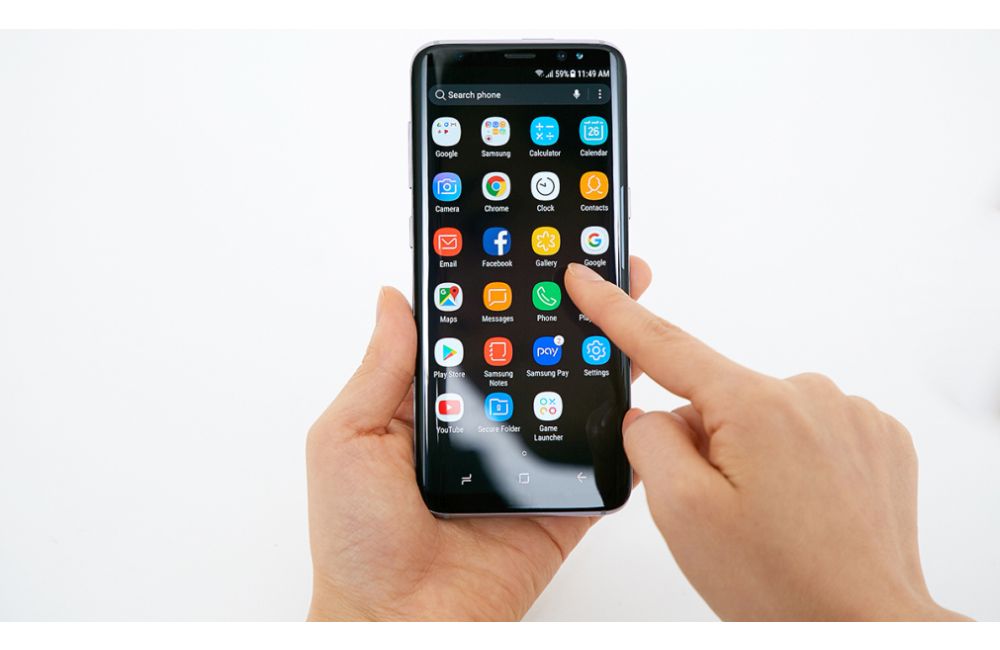 A big part of Samsung's Unpacked event was focused on its  Google and Siri like assistant called Bixby. We've already talked about Samsung's Bixby earlier, and it is pretty much what we expected it to be, a virtual assistant, like scheduling, basic question responses, product recognition, real-time camera translation and more. Samsung also promised some great things for Bixby in the future, including complete voice control, which sounds quite interesting.

Samsung DeX, short for Desktop EXperience, is an interesting solution which should "transform your smartphone into a desktop" as well as provide "a secure desktop-like experience". It will use a special dock accessory that can connect to a monitor, keyboard and mouse as well as add two USB ports. Since running Google Nougat in desktop mode is not that great, as you are limited to some apps, Samsung is working with VMware to bring virtual Windows desktop apps to the DeX. 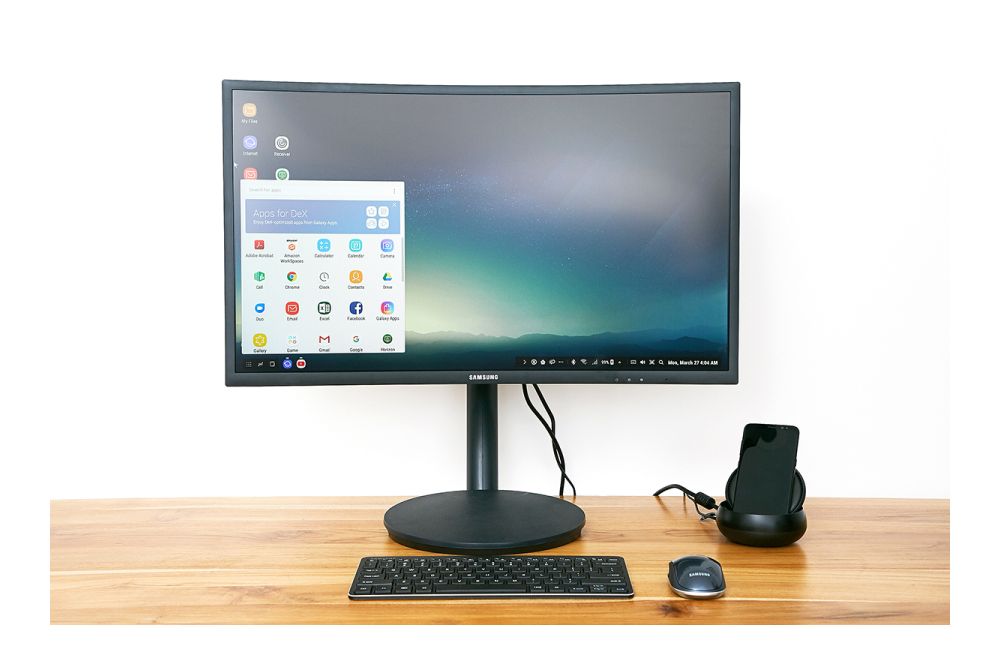 A big part of the event was also focused on security and Samsung Pay. It will have a standard fingerprint scanner as well as the new iris scanner with support for facial recognition and fast unlock. Samsung said that it has managed to improve security significantly and is currently working on plenty of big names to get its Samsung Pay a bit more popular. 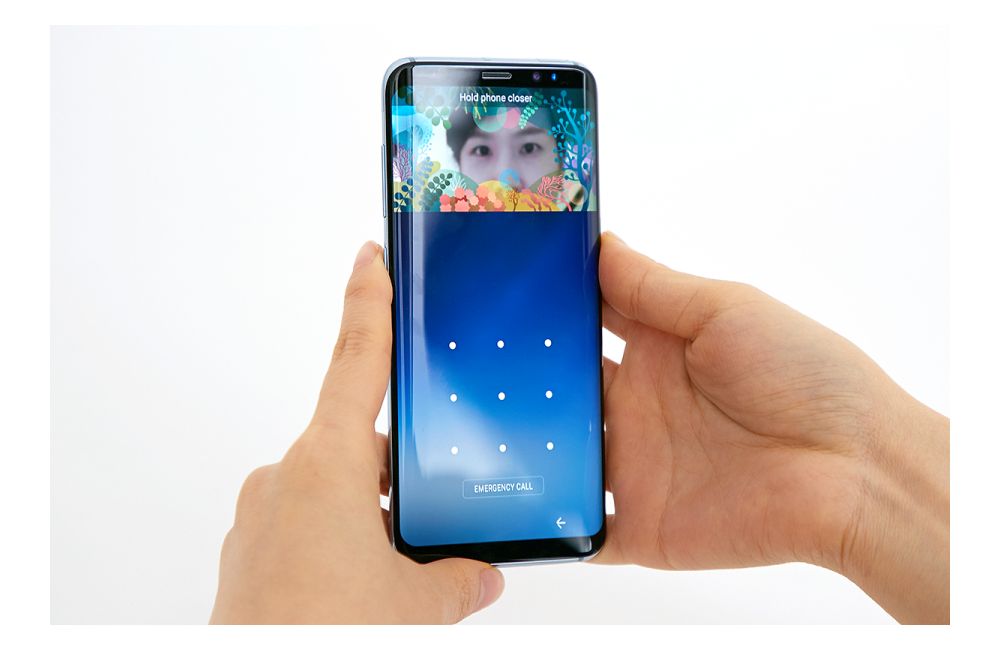 According to Samsung, the Galaxy S8 and Galaxy S8+ will be available for pre-order as of March 30th and it will be coming to all the usual carriers and shops. The official shipping date is set for April 21st, so there will be plenty of time to choose one.

Those that pre-order, will also get a free Gear VR with controller but there will also be plenty of different bundles. Samsung will apparently bundle a pair of AKG earphones that it claims is worth US $100, with each Galaxy S8.

Hopefully, Samsung's latest flagships will have a great launch and won't be plagued by any big problems, or heaven forfend, catch fire. 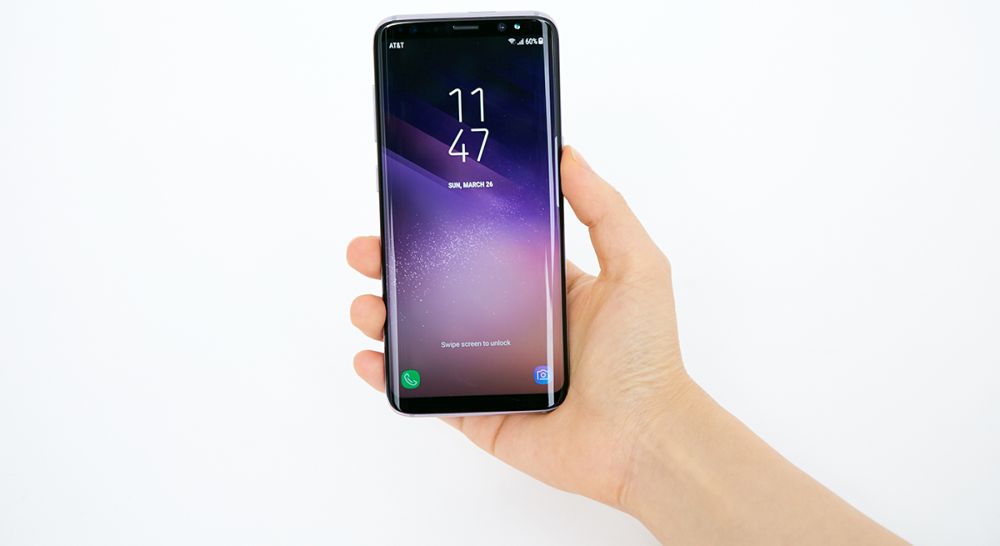 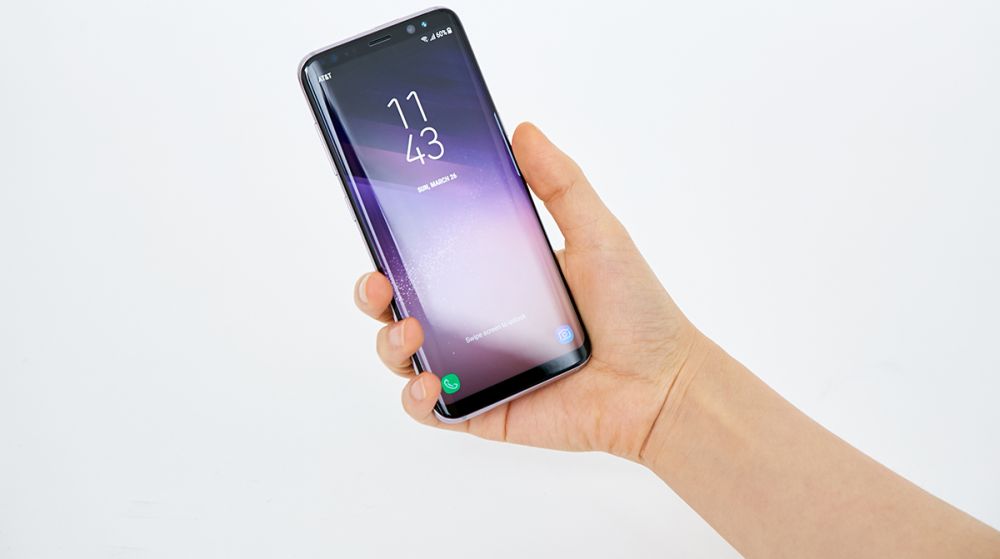 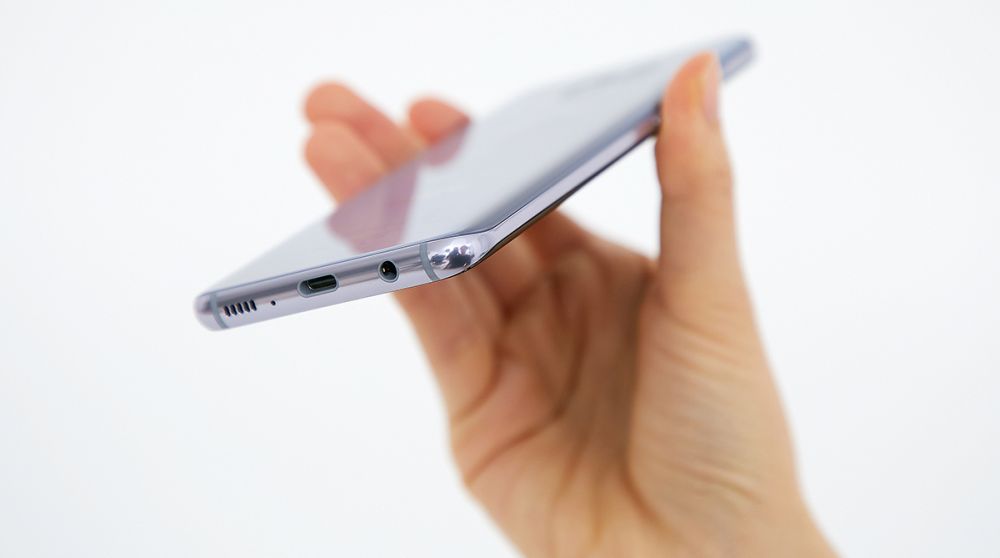 Last modified on 29 March 2017
Rate this item
(0 votes)
Tagged under
More in this category: « ZTE is off the US trade blacklist MediaTek Helio X30 scores 5750 in Geekbench »
back to top