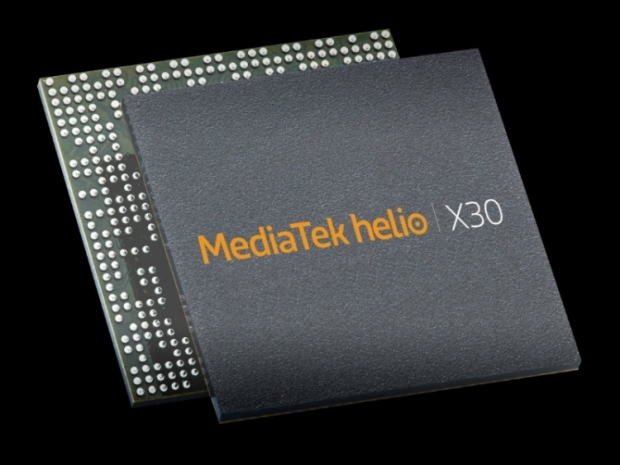 MediaTek is expected to bring the Helio X30 deca-core in 10nm based devices to the market in the next few months and we've already got some initial numbers where the company compares the X30 with last years Helio X20.

In Geekbench, a single core Helio X20 scores around 1600 points while the new Helio X30 scores close to 2100, showing a significant improvement from last year. This is about a 30ish percent better score. In the multi core benchmark, Helio X20 scores 4314 while the Helio X30 scores 5761. This means you get a 35 percent better score. The scores come from sources close to the company and we hope to be able to independently confirm them rather soon. 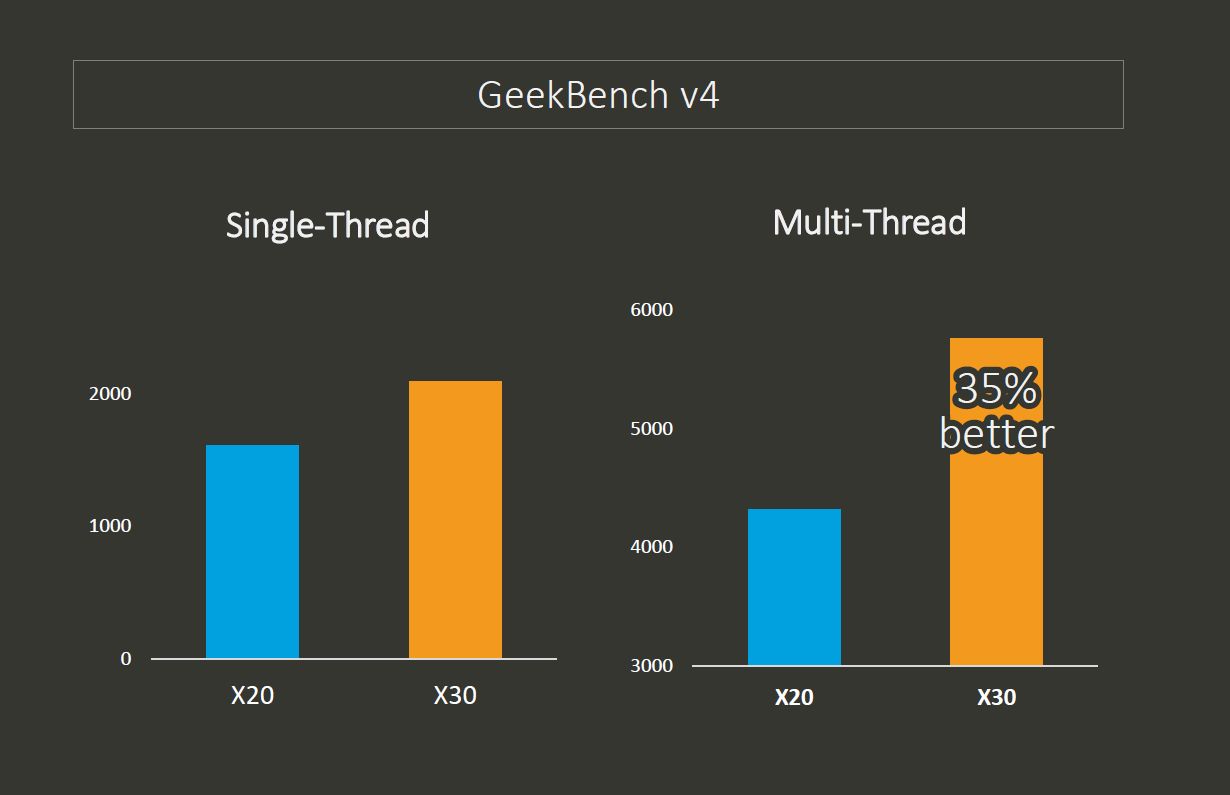 At the same time, MediaTek claims that at peak power you will get close to 50 percent lower with the X30 compared to the X20. The Helio X30 mentioned reaches clocks up to 2.5GHz+ with Cortex A73 quad core, Cortex A53 quad cluster was clocked at 2.2 GHz at its peak and the power saving cluster based on Cortex A35 clocked at its maximum 1.9 GHz.

Despite rather aggressive clocks, the SoC can beat 50 percent lower power values and gain up to 35 percent higher performance. This is a huge success but bear in mind that Helio X20 is based on 20nm while the new Helio X30 comes in 10nm TSMC process. The 10nm  definitely saves a lot of power but the Core Pilot 4.0 smart way of dynamically clocking the clusters and speed valunes is what plays a major role. Helio X30 is the first SoC to use the Cortex A35 cores that should be much more power efficient compared to traditional Cortex A53 low power cluster.

The GPU performances are dramatically up. The GFX bench 3.0 T-Rex benchmark scores 38 on Helio X20 and the new Helio X30 with new Power VR IMG 7XTP GPU scores 85 FPS. This is 2.4 times better. It looks like the MT4 GPU configuration at 800 MHz offers a significant jump from last year.

The Manhattan test on Helio X20 scores 17 FPS, while on Helio X30 you can get 40 FPS, again a 2.4 times performance delta.  At the same time, the Helio X30 needs less bandwidth and the company claims it consumes 60 percent lower power. This will be fun to test, as the GPU is definitely able to stand heavier graphics content. Helio X20 was not the king in GPU performance, but the X30 shows a lot of potential. 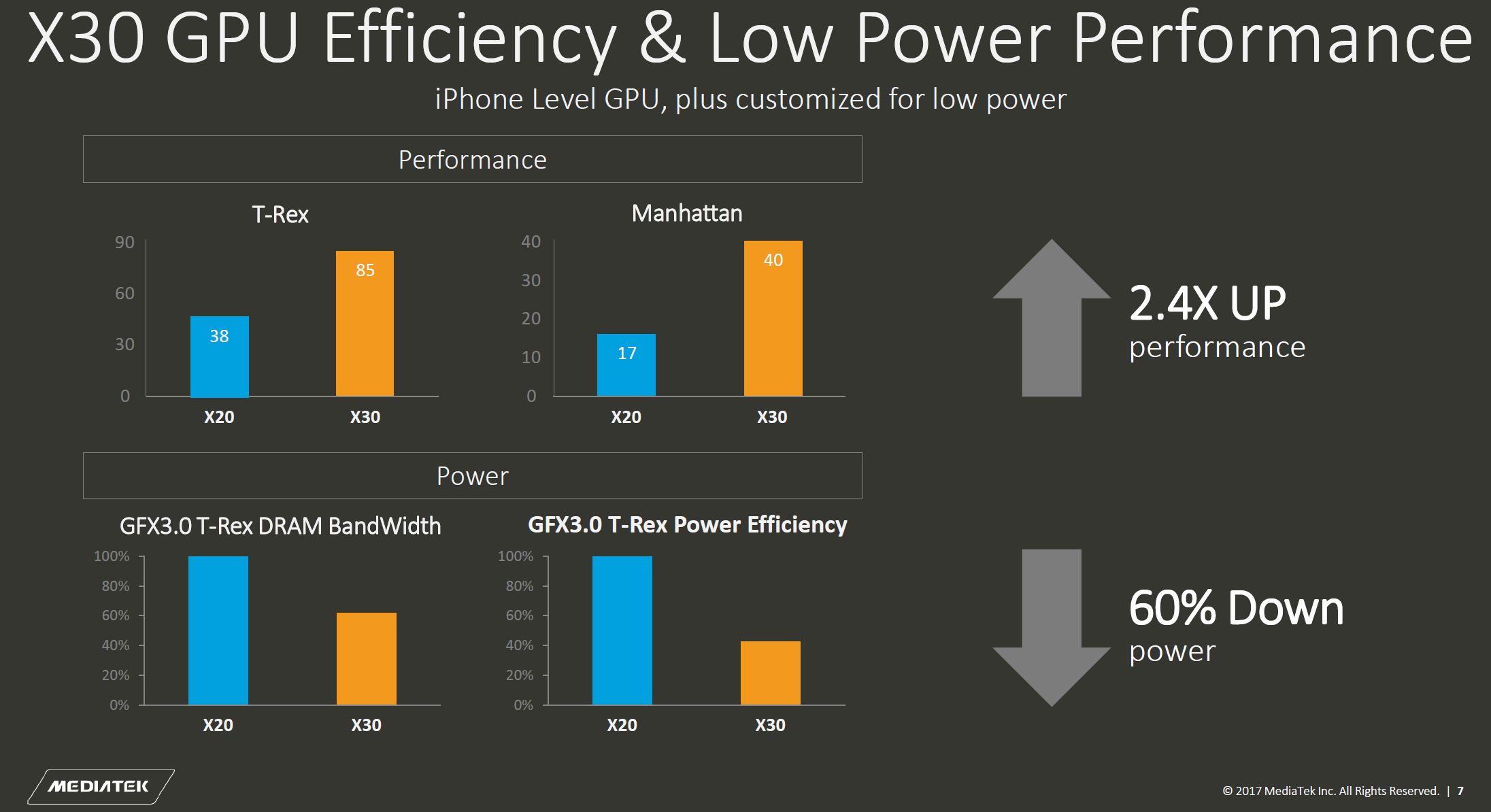 Last modified on 30 March 2017
Rate this item
(1 Vote)
Tagged under
More in this category: « Samsung says its Galaxy S8 and S8+ flagships are go. Go GigabitLTE is all about average speeds »
back to top