Apple’s killing of the headphone jack not to be repeated 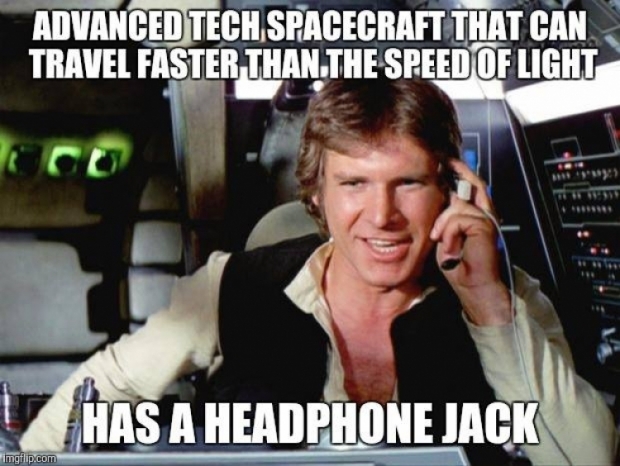 Industry thinks it is funny

Wandering around the Mobile World Congress 2017 one thing is really clear – the industry is not rushing to copy Apple’s move to kill off the headphone jack.

The Tame Apple Press expected the industry to rush to copy Apple and remove the headphone jack in favour of something more wirelessy. Apple was touted as “leading the way” yet again with its “brave move”. This was confirmed when the Chinese outfit LeEco had debuted a lineup of Android phones devoid of headphone jacks.

However, it is clear that Apple’s move has been seen as a pointless bit of tech that no one actually wants.

Walking around the show floor showed companies expressing a consistent unwillingness to abandon the headphone jack and the concept that Apple needed to abandon the technology so that it could get thinner has also proved bogus. The show had models which were thinner than the iPhone 7.

The only one which seemed willing was HTC which rely on its USB-C ports for audio output. It told us that the move was not to save space, but rather to incorporate its "USonic" feature, which lets the phones' headphones calibrate themselves to your ears and provide noise cancellation.

Other than that, companies were faintly amused at the concept of getting rid of a cheap and simple technology which worked with most of the headphones out there. One manufacturer suggested that the only one who benefited from killing off the headphone jack was Apple’s own headphone business, there was no advantage for the rest of the industry.

Last modified on 03 March 2017
Rate this item
(0 votes)
Tagged under
More in this category: « MediaTek showcases Helio X30 LG G6 up for pre-order in Europe and the UK »
back to top