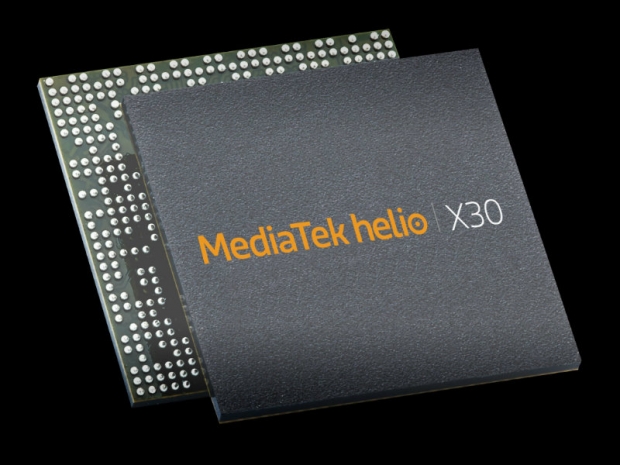 MediaTek has officially introduced the Helio X30 and showcased prototype phones at the Mobile World congress. Helio X30 is a dramatic improvement from the last generation as the new SoC comes in 10nm, Imagination Technology GPU and performs faster with much lower power.

Company’s Executive Vice President & Co-COO Jeffrey Ju took to the stage to talk about the Helio X30, showing even a cake shaped in the Helio X30 design, promising better performance at lower power.

MediaTek was the first company to introduce deca-core with three cluster design last year with the Helio X20 series. The new 10nm Helio X30 is following the tradition.

The Helio X30 has two Cortex A73 at 2.5 GHz for extreme performance, four Cortex A53 with 2.2 GHz clock and energy aware Cortex A35 at 1.9 GHz for better power efficiency. 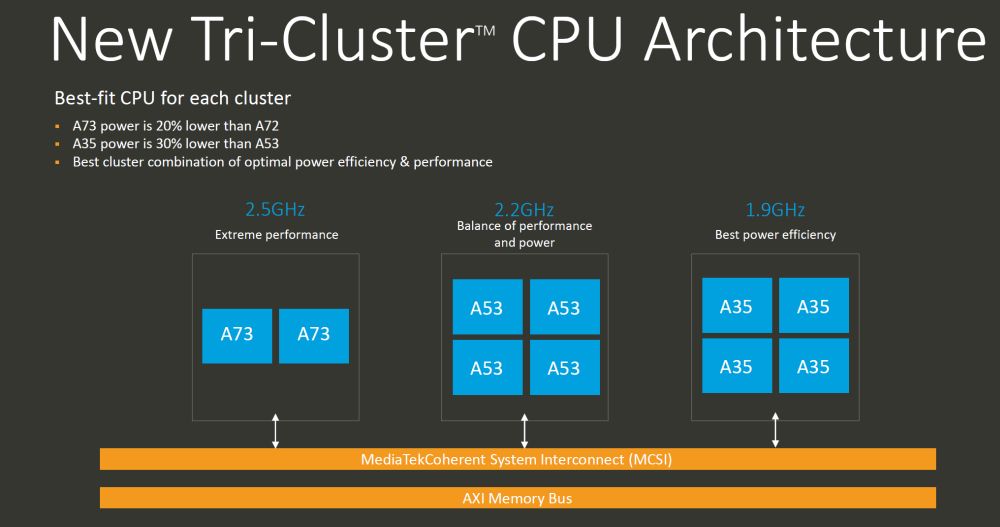 CorePilot 4.0 continually monitors activities on the device to deliver the best user experience while saving power whenever possible.

The result is according to MediaTek's own testing, the peak power on the Helio X30 is up to 50 percent lower compared to peak power on the Helio X20. This is a huge achievement as you can imagine. In some benchmarks such as GeekBench v4 you can expect up to 35 percent better performance in Multi-Thread. You should see a 35 percent performance increase compared to the previous generation. 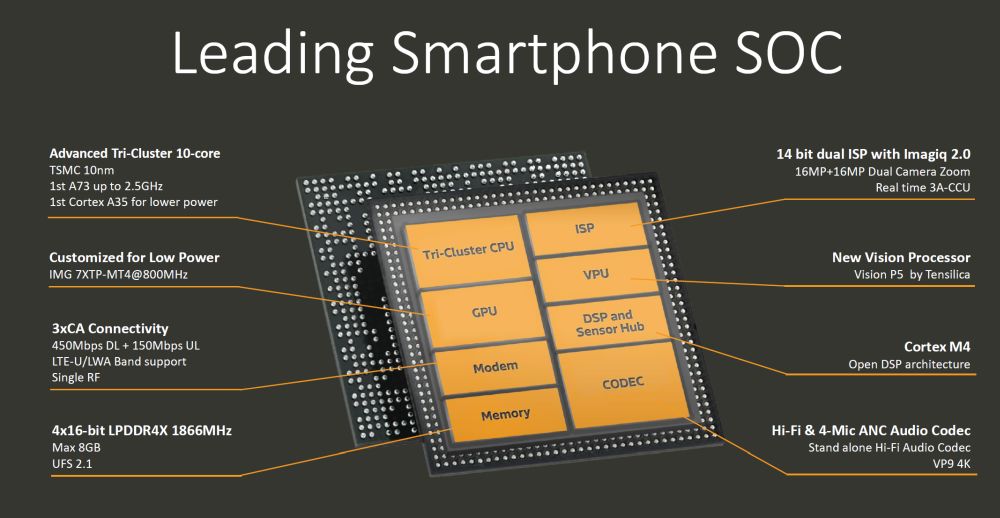 The GPU performance got increased due to a new Imagination PowerVR Series7XT MT4 clocked at 800MHz. This GPU is tailored for Helio X30 and offers between 60 percent and 2.4 times faster GPU performance. Things got improved a lot at this end.

MediaTek also has the new part of the chip that they call Vision Processing Unit. The VPU paired to the Image Signal Processors (ISP) that provides a dedicated processing platform for numerous camera features, freeing up the CPU and GPU and saving power. There is some Tensilica Vision IP inside but we will talk about this some other time.

Phones based on Helio X30 are expected in Q2 2017 and we have seen the chip and the prototype phones in action. At first glimpse it looks good.

Last modified on 02 March 2017
Rate this item
(0 votes)
Tagged under
More in this category: « Alexander Graham Bell was American, insists Trump Apple’s killing of the headphone jack not to be repeated »
back to top