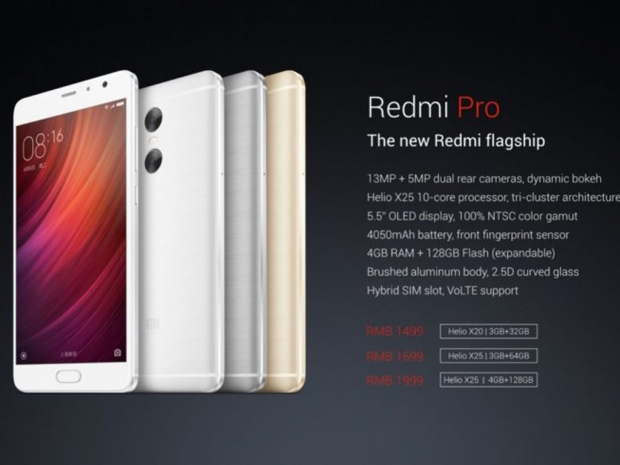 The original Xiaomi Redmi Pro was quite a popular smartphone with an OLED screen and dual-camera setup, and today, a leak shows the upcoming Redmi Pro 2 successor which switches back to single rear-camera setup and a bigger battery.

While it ist still not clear if the new Redmi Pro 2 will again use a Chinese-made 5.5-inch OLED screen or it will switch to something different, the leaked slide shows that Xiaomi won't be implementing a dual-camera setup, but rather a single lens, 12-megapixel camera with Sony IMX 362 sensor. The IMX 362 is a 1/2.55” sensor with 1.4µm pixels and Dual Pixel autofocus which should provide a better picture than the new Mi Note and Mi Mix. The chipset is also one of the unknowns, as the original Redmi Pro used Mediatek's Helio X20 (Helio X25 for the top model).

Unfortunately, the slide did not mention anything about the actual release date but hopefully, it should come around MWC 2017 later this month, despite the fact that Xiaomi won't be at the show.