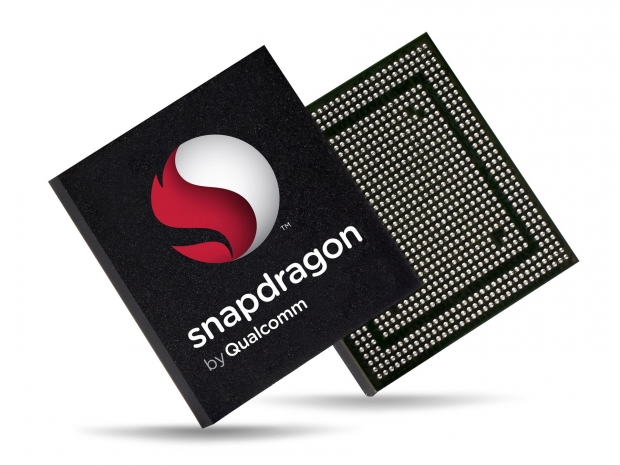 Sydney Australia is definitely the capital of the word’s fastest LTE performance. I'm here and have just witnessed a  1Gbps demonstration of a Netgear powered 1Gbps modem on Ericsson equipment deployed on a Telstra LTE network.

The combination of all this technology, as well as the 64 Qam at the upload site, has resulted in a live demonstration of a 895 Mbps phenomon. The demo exceed 901 Mbps, the number that Telstra wanted to reach. Later during the day we saw a 930 Mbps download and 127.5 Mbps upload which is the fastest download and upload we've ever seen. 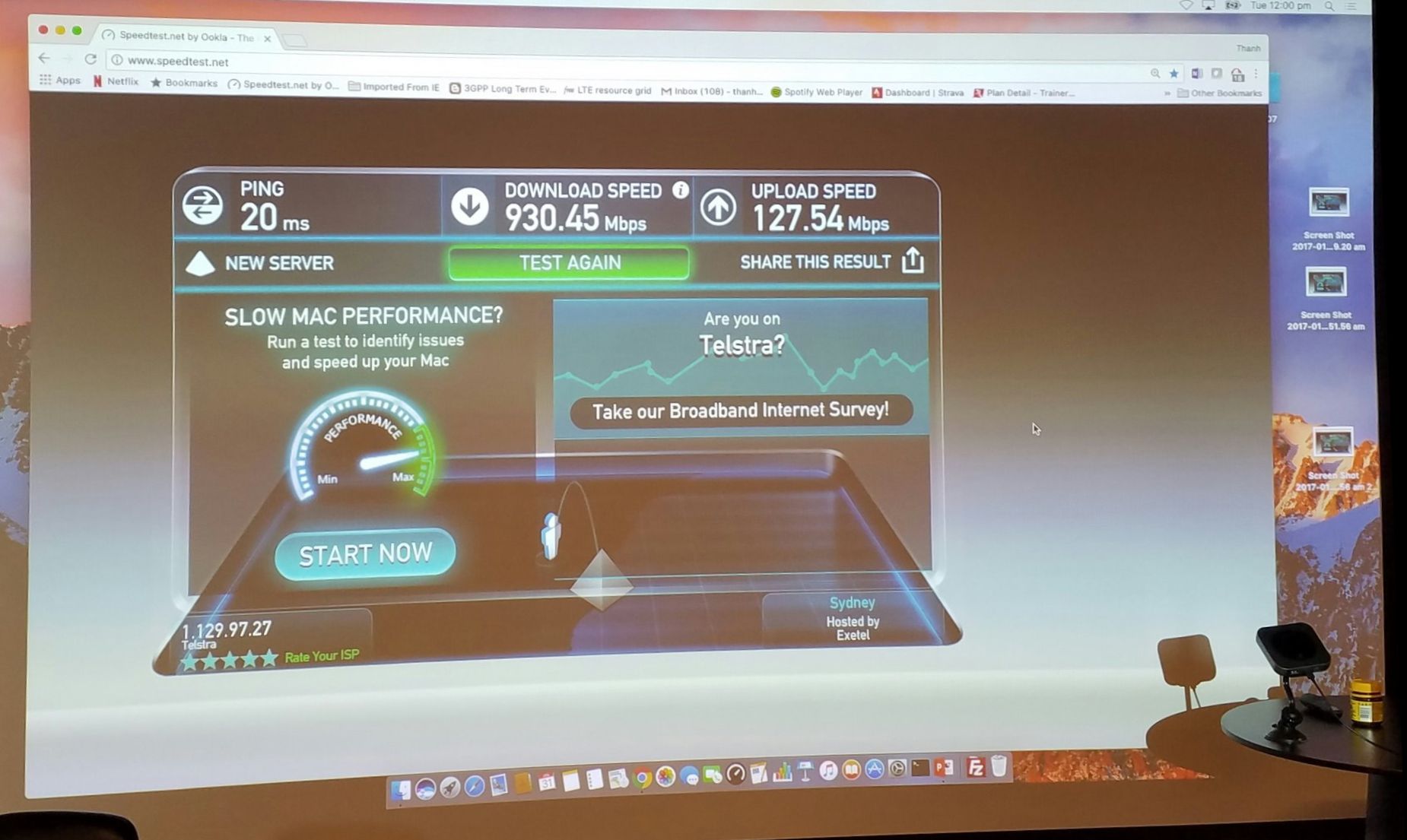 The upload speeds were also the fastest that we’ve ever seen, and it was all tested on a well known Speedtest showing speeds of 120 Mbps upload speeds or faster. Upload really matters when you need to get huge 4K video on Facebook, YouTube or any other social notworking channels. 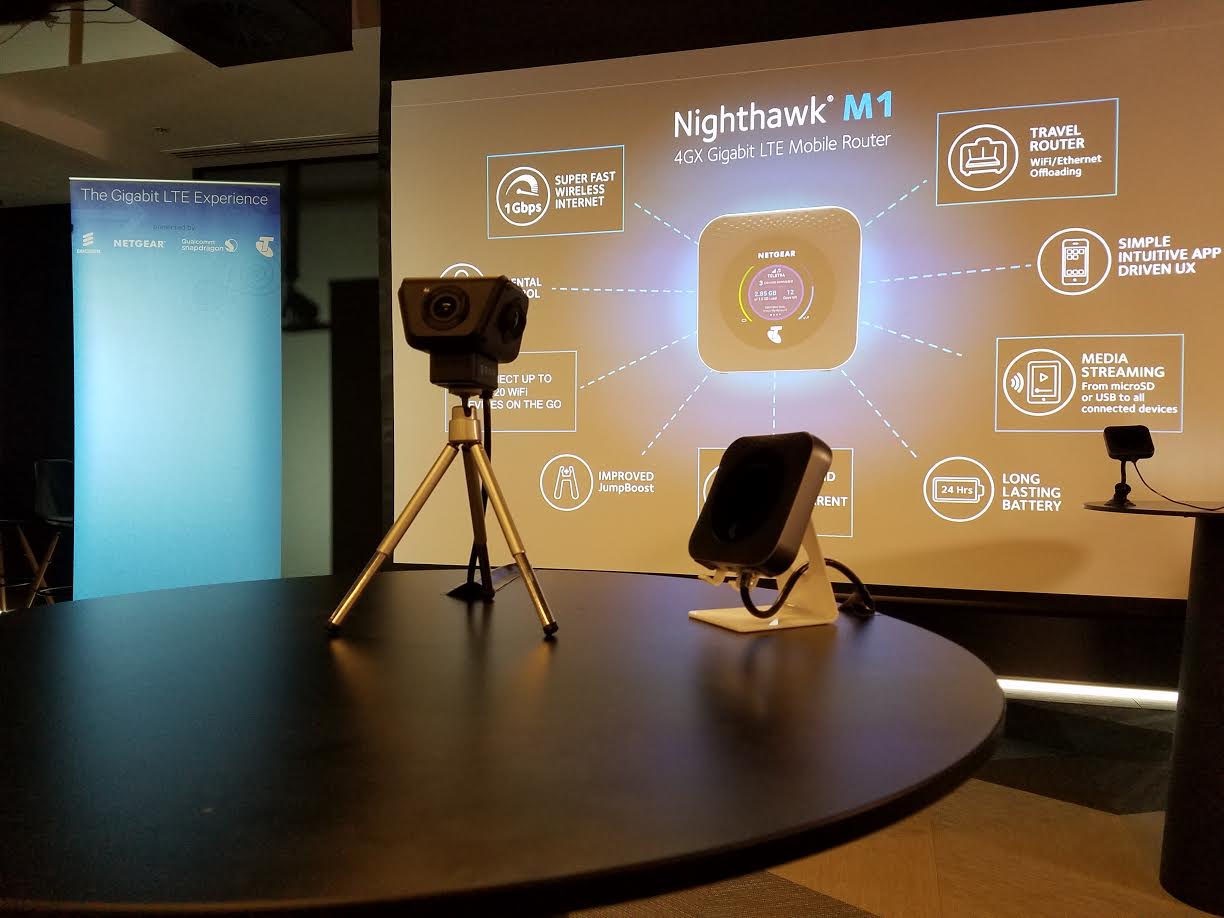 You can connect up to 20 WiFI devices over 2.4GHz or 5GHz, the battery will last 24 hours and this is all possible thanks to the world’s most advanced modem to date, Snapdragon X16 1Gigabit class modem.

As Mike Finley a Senior Vice president at Qualcomm mentioned, the 1Gbps internet is the gateway to 5G and the fact that Snapdragon 835 has 1Gbps class modem inside, will speed up the deployment of the 1Gb class LTE networks across the world. 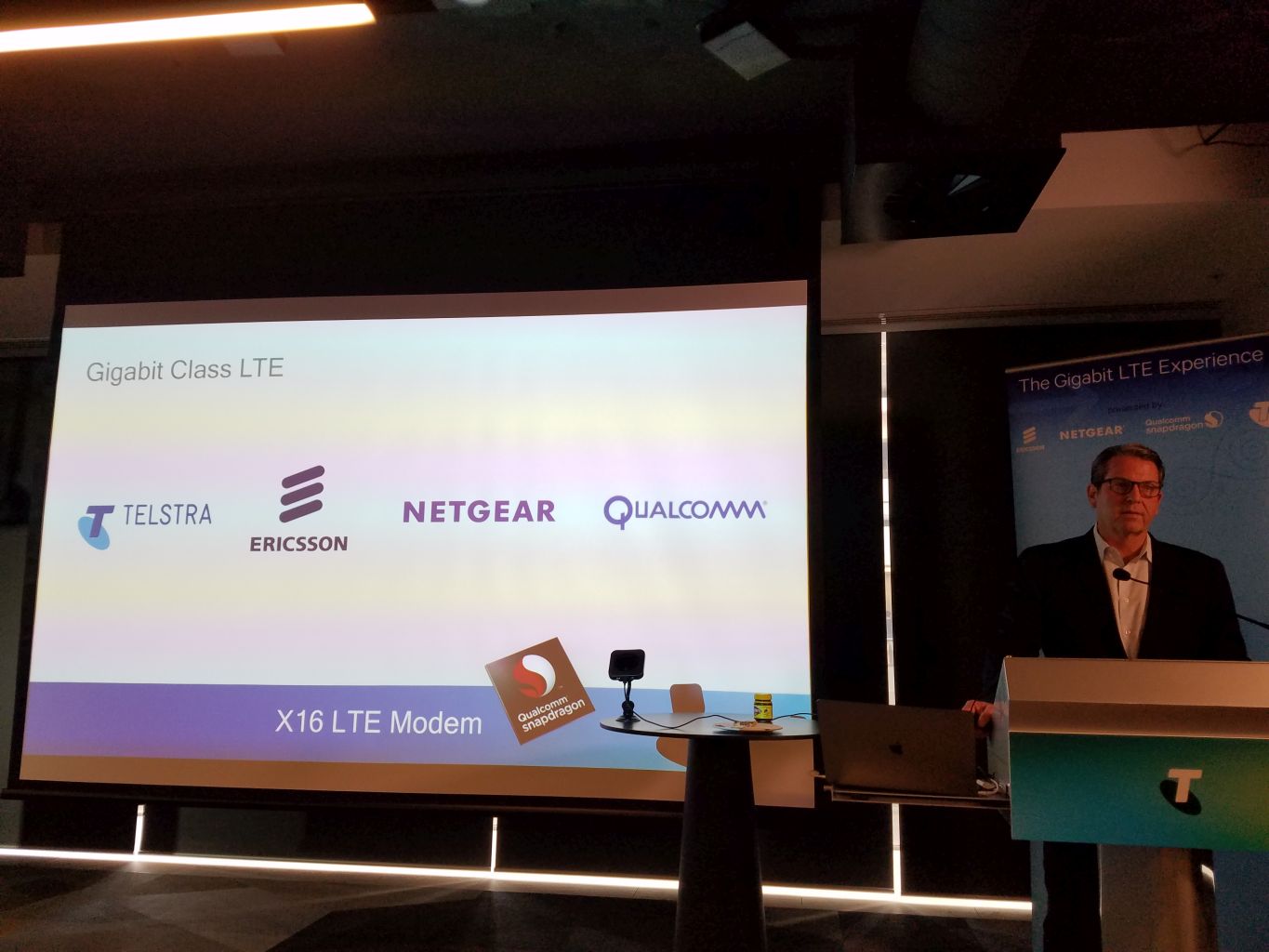 Here is a video of the live demo.