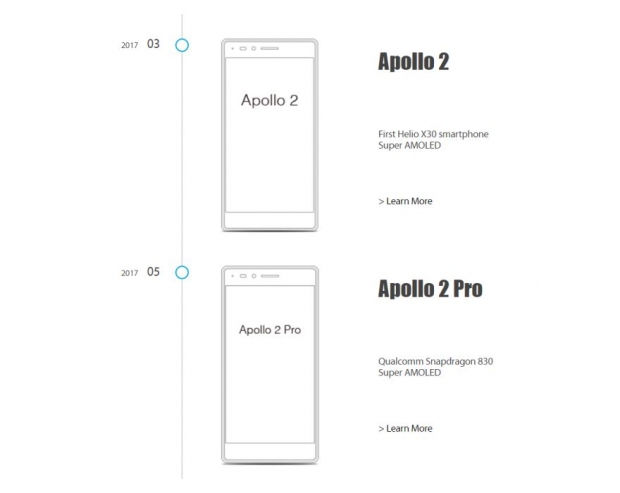 While many speculated about the 10nm soon-to-be-launched Snapdragon 830, a Chinese company Vernee,  has announced its first model, the Vernee Apollo 2 Pro, featuring Snapdragon 830.

Qualcomm has yet to announce its next generation Snapdragon, probably called 830 and we would not be surprised to see them launching a two chips either. Vernee relied on MediaTek chips and has models with Helio P10, Helio X20 and soon to launch Vernee Apollo with Helio X25.

The company went a step further and talked about its Mars phone featuring the yet to be available Helio P20 phone, and in March 2017 it plans to launch the Apollo 2 featuring the Helio X30 10nm SoC from MediaTek.

The company has mentioned at least two major SoCs officially on its website before the manufacturers have officially launched, and it was even bold enough to predict the time of announcement.

From what we saw in 2016, Vernee tends to promise a date that is hard to keep and you should expect these announcements a bit later than it claims.

There is no doubt that 2017 will be an interesting year for phones due to the fact that Qualcomm and MediaTek will have their 10nm offerings ready for the market. We expect that the Samsung Exynos 8895 is going to launch with 10nm manufacturing.

The most obvious suspect to launch the Snapdragon 830 is Samsung, with its Galaxy S8 in Q1 2017. We also expect that most high end phone manufacturers will jump on board and launch Snapdragon 830 gear too.

MediaTek’s biggest supporter at the moment is the Chinese Meizu, which is a company that launches great phones and does really well on the Asian market. One of the most prominent Chinese  phone manufactures, Xiaomi, has a bundle of phones coming with verity of MediaTek Helio based chips, and we think this fruitful competition will continue in the future.

But now you have it on the record and Vernee announced it first.

Last modified on 06 October 2016
Rate this item
(1 Vote)
Tagged under
More in this category: « Why you should care about the iPhone 7 modem Apple pulls app and accuses developer of fraud »
back to top