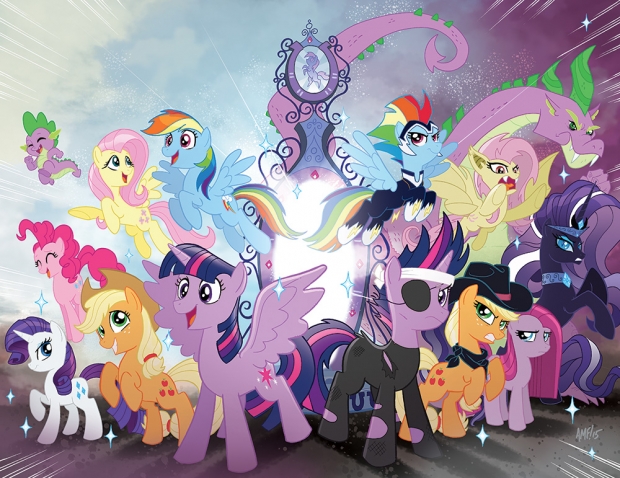 Think of the children

The software genii at Apple have apparently configured iMessage so that it can search and place GIFs not really aware what that might do.

Needless to say, at least one person noticed that when they searched the word “butt” they were getting a GIF which shows My Little Pony carrying out acts that would be difficult for even David Attenborough to explain to a child.

Kids were no help. Apparently one bloke got a message from his daughter which had "a very explicit image" of "a woman giving oral sex to a well-endowed male". Her daughter hadn't searched for anything explicit, just the word "huge".

GIF search is one of the super cool new features built into iMessage in iOS 10 which apparently makes it worthwhile spending a fortune on upgrading to an iPhone. Other nude images are accessible through searches of misspelled body parts, though we haven't seen anything quite as explicit as what comes up for "huge".

Apple is not saying anything but apparently it has banned the world “Butt” and “Huge” from being searched.

Last modified on 16 September 2016
Rate this item
(7 votes)
Tagged under
More in this category: « Chipworks reveals the iPhone 7 has Intel XMM7360 Iphone 7 is harder to bend »
back to top