US government can nick your phone if you enter the country 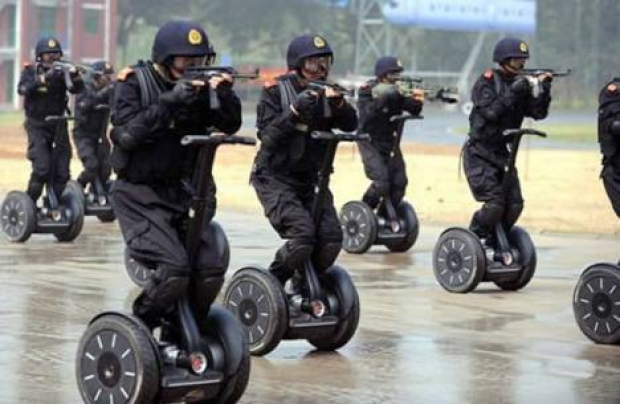 Take a burner if you leave the US

The Land of the Free has come up with a wizard way of violating privacy – according to the New York Times its border staff can just steal your phone when you return to the country.

A Wall Street Journal reporter was detained by federal agents at the Los Angeles airport who demanded to confiscate her two cell phones. She was a little shocked to discover they could do that.

It might have something to do with the fact that Maria Abi-Habib, a reporter who covers the Middle East for the paper, might not be a white male with blonde hair and blue eyes which might have attracted the attention of the agents. After all Donald Trump has told them that everyone who travels and is not a white male is a terrorist.

Abi-Habib has US and Lebanese citizenship and was traveling on an American passport. She was flying into Los Angeles from Beirut last Thursday when she taken out of line at immigration. Abi-Habib said that the agents asked for her mobile to "collect information" which is a bit of a breach of her First Amendment rights as a journalist.

But then the agent showed her a Homeland Security document which showed that the the government has the right to confiscate phones within 100 miles of US borders. It is not clear when someone slipped that through, but it seems that anyone who travels into the US has no rights until they are 100 miles away from the airport. The policy was set in 2013 when DHS reviewed its own powers and concluded that its agents had the power of God over lesser mortals.

Abi-Habib told the agents that they would have to call the Wall Street Journal's lawyers because the phones are the property of the newspaper.

This led to the agent accusing her of "hindering the investigation". The agent left to speak with her supervisor, returning 30 minutes later to tell Abi-Habib that she was free to go.

"I have no idea why they wanted my phones," she wrote. "It could have been a way for them to download my contacts. Or maybe they expect me of terrorism or sympathizing with terrorists."

DHS acknowledged the incident occurred. The agency asserted it has the legal authority to confiscate anyone's electronics on their way into the country.

"Imposing a requirement that officers have reasonable suspicion in order to conduct a border search of an electronic device would be operationally harmful without concomitant civil rights/civil liberties benefits," it wrote.

Last modified on 25 July 2016
Rate this item
(6 votes)
Tagged under
More in this category: « Galaxy Note 7 will have a smaller battery Apple may have given up on the iPhone 7 name »
back to top