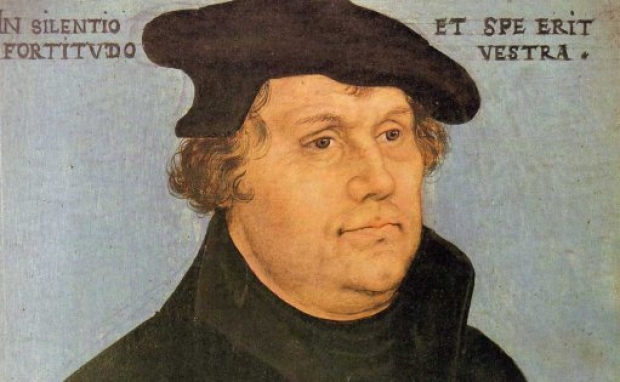 German protestant churches, which are losing members faster than Blackberry is losing market share, are turning to wi-fi to help them out.

In honour of the 500th anniversary of Martin Luther’s Reformation, all churches in the former East Germany will offer free wi-fi God spots to guests.

It would not be the first religion to re-organise itself around members' fanatical devotion to technology – Apple has been doing it successfully for a while.

More than 220 Godspots will be installed in Berlin, and rolling out to over 3,000 churches in total. While we would have thought that meant that they would just be surfing during the boring bits, the Church said that it is designed to show that the church is a “a gathering place for communication”.

After all the Reformation itself wouldn’t have happened without the printing press, so free internet might work. It is not as daft as it sounds either. Germany has a lack of free public wi-fi and a daft law designed to protect intellectual property makes network providers responsible for any illegal activity, like pirating, that happens on their network.

This means that people don’t want to offer free wi-fi so the churches will become one of the biggest hotspot providers. After all no one will pirate from church, particularly since you would have to confess it immediately afterwards.No one will sue the church either because that would make them appear rather satanic.

Last modified on 07 July 2016
Rate this item
(1 Vote)
Tagged under
More in this category: « Edge screen Meizu might be coming soon Apple finally gives up on 16 GB iPhone storage »
back to top