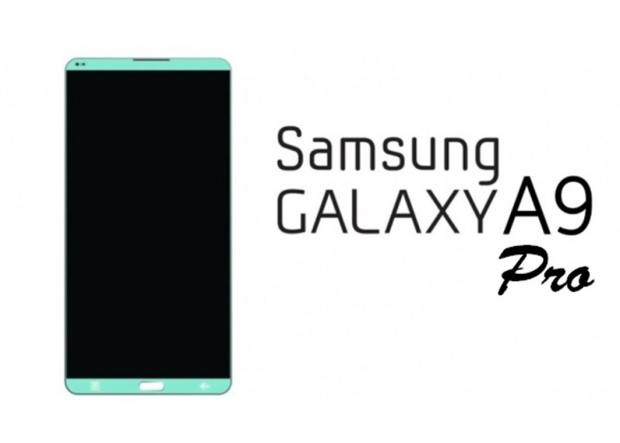 Big but not a flagship spec

A leaked benchmark shows that the Galaxy A9 Pro might be the largest phablet to be launched this year, it's will have a mid-range specs.

Other than a 15cm display and a 4GB RAM, the phone will be pretty much like the rest of the mid-range Galaxy A phones.

As per the AnTuTu benchmark spotted by Sammobile, Galaxy A9 Pro will have a Full HD display, 32GB of internal storage, a 4GB RAM, a Snapdragon 652 processor with an Adreno 510 GPU, a 4,000 mAh battery, a microSD slot and a 16MP rear camera. It will have Android 6.0.1 Marshmallow OS.

We already know Galaxy A9 Snapdragon 620 (MSM8976) processors will have four Cortex A-53 CPU cores and four Cortex A-72 cores. It will also contain an Adreno 510 GPU as well. The phone was also slated to feature 32GB of internal storage. 3GB of RAM, 16MP and 5MP cameras as well as a 6-inch Super AMOLED display. So although this is similar to the Pro it is unlikely that both will have a 6-inch display.  The Pro is too similar in spec and there is no need for Samsung to launch another 6-inch phone at the same time. The inferior RAM and processor suggests that Galaxy A9 won't need powerful engines to run its gigantic display. 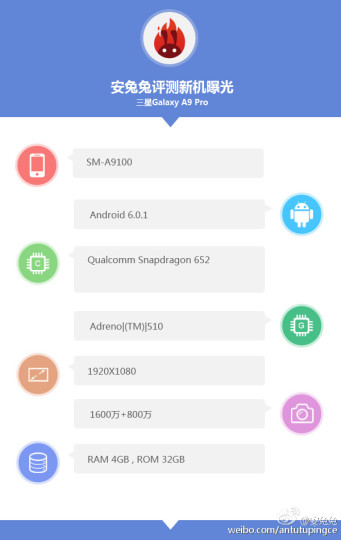 Last modified on 01 March 2016
Rate this item
(0 votes)
Tagged under
More in this category: « Xiaomi Mi 5 gets 14 million registrations SK Telekom demos 20Gbit per second 5G »
back to top