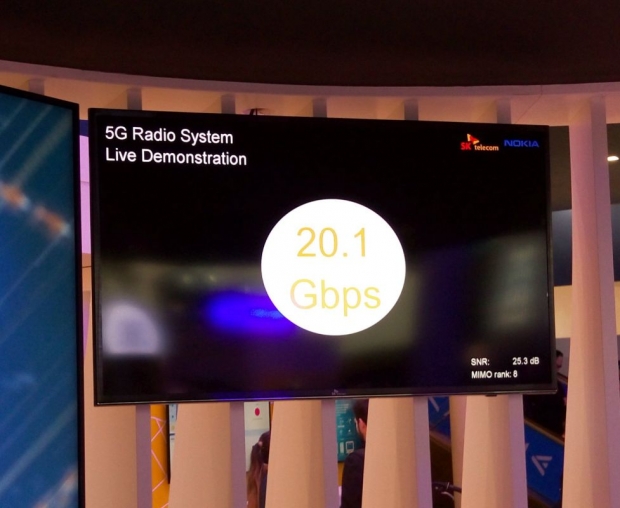 700 meters from the base station

Mobile World Congress was dominated by 5G – the next generation network that will replace the omni-present 4G / LTE network. Now South Korea's SK Telekom has showcased a demo of a base station and download speeds nearly 20 Gbit per second.

SK Telekom’s representative has shared a few details about the demo with us. They expect to start 5G trials in 2017 and to deploy the network in 2020. The 2020 has been a magical answer to every company’s question about the arrival of 5G.

This was a collaboration between Nokia and SK Telekom and the technology uses milometer waves that let them reach these incredible speeds. There are a few different approaches but companies are combining speeds of 3.5GHz to 28GHz and 60GHZ millimeter wave (mmWave). We have seen 73GHZ wave demonstated too.

The 5G standard is still in works and the 3GP standardisation should have a written standard during 2018. There is no moving forward before the standard gets finalized as company’s like Qualcomm, Intel, MediaTek, Huawei, Samsung and everyone else with a modem will have to implement final 5G solutions in silicon. This can only happen after the standard is finalis – which means 2018 at earliest. 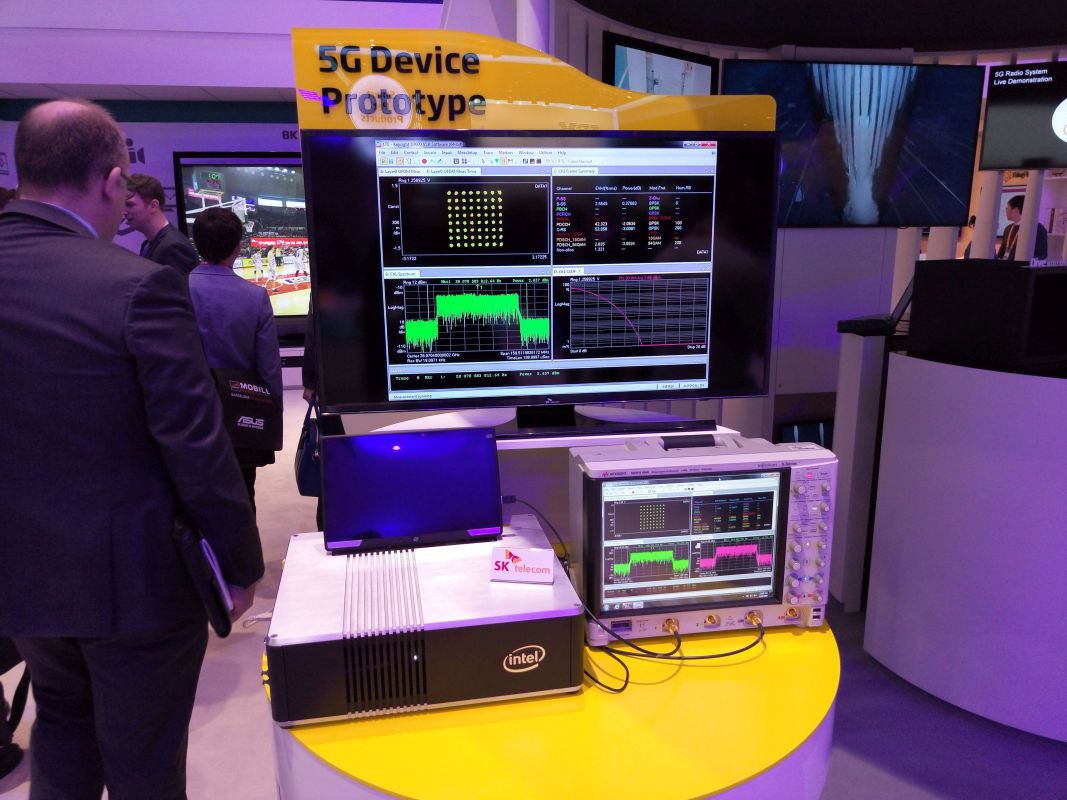 SK telekom will probably be one of the first one to deploy 5G. NTT Docomo will be serious competition as they are always aggressive about rolling out new network speeds and standards.

The first demonsttion showed impressive speeds of 20Gbps (2.5GB/s) maximum speed with a MIMO Rank of eight. The MIMO Rank means that SK Telecom hardware is using eight data streams on a Nokia network with each capable of 2.5 Gbit per second. The 4G and 5G future internet speed will be a multiplication of the MIMO data links.

Deutche Telekom has showcased speeds up to 70 Gbps (8.75 GB/s) but what we learned at the Mobile World Congress was that higher frequency you use, the harder it is to penetrate obstacles. Nokia did a live demonstration of this and it seems that at this stage of development you need to have a clear line of sight. SK Telecom's 20 Gbps at up to 700 Meters (0.43 miles) is not that great and at the show demo it had two devices sitting next to eachother. 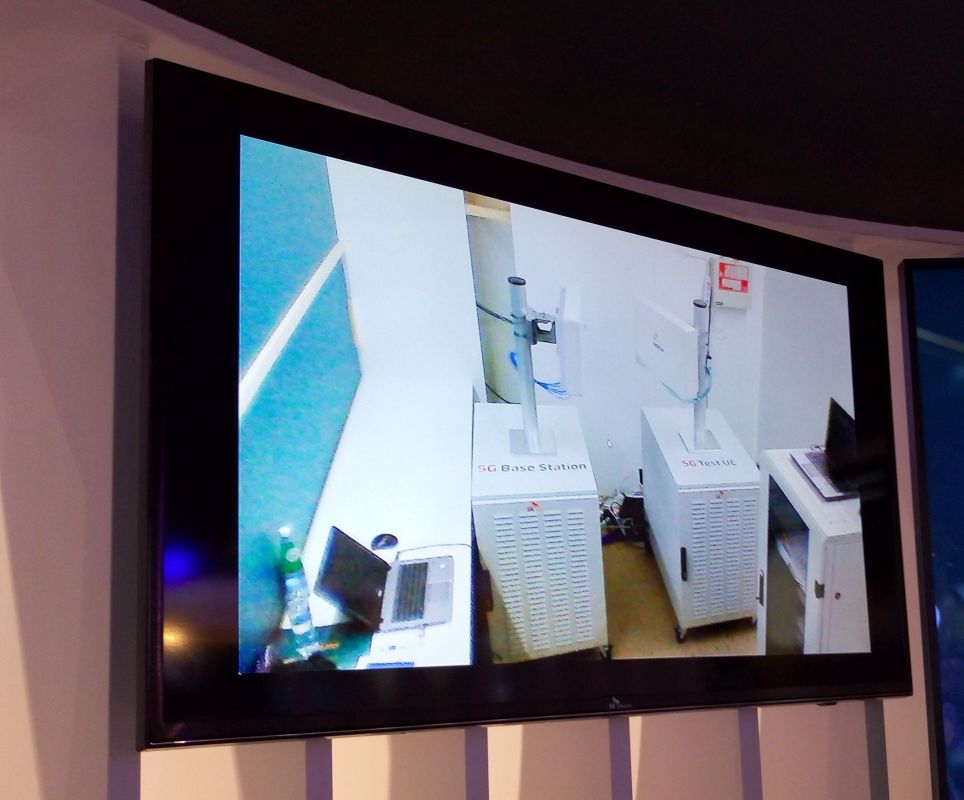 There is no need for concern as there are still a few years before we get to 5G, and by then things will be improved.

Last modified on 01 March 2016
Rate this item
(1 Vote)
Tagged under
More in this category: « Galaxy A9 Pro spec leaked McAfee shows world how to hack an iPhone »
back to top