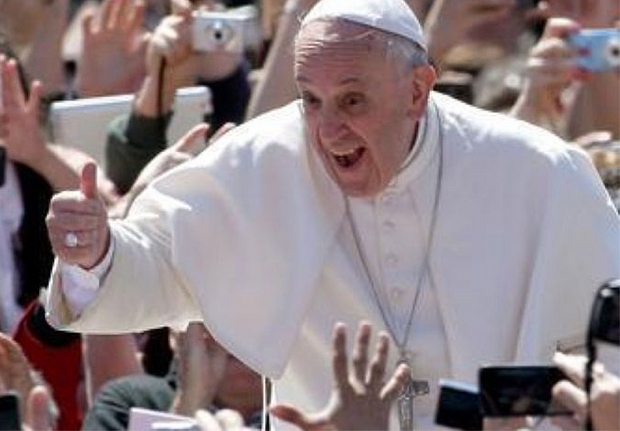 Pope Francis has temporarily managed to save New York from the clutches of the iPhone Cult which is a dangerous American religion which encourages people to lower the standards of the world by surrendering to a "reality distortion field" which requires you to buy expensive phones.

Most of followers of the rounded rectangle will be receiving their brand new iPhone 6s or iPhone 6s Plus when the smartphones launch on September 25. However Apple has warned that many of its followers in New York City and Philadelphia might not receive their phones thanks to the antics of Pope Francis prepares to visit both of those cities next week.

UPS, a courier service that frequently delivers Apple pre-orders, has posted a temporary service notice on its website that states no pickups and deliveries will be available in the following ZIP code areas of NYC and Philadelphia between Thursday, September 24 and Saturday, September 26 due to security measures.

Not only does Pope Francis, with his anti-materialist message threaten the core of Apple beliefs, it appears that he has managed to stuff up their deliveries. We would probably like him if he had not done his best to close small family businesses around St Peters in Rome so that the Vatican can make more money selling blessings to tourists.

Last modified on 21 September 2015
Rate this item
(6 votes)
Tagged under
More in this category: « Apple update bricks older phones Google sends out invites for September 29 event »
back to top