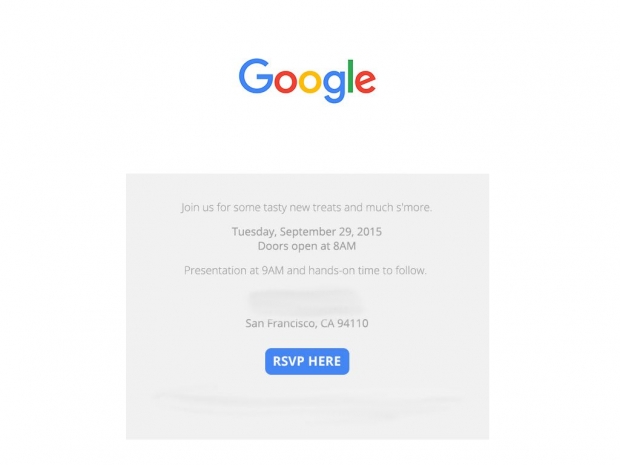 Google has finally sent out invites for its even that will be held in San Francisco on September 29th, confirming ealier rumors.

Although the next Google event was heavily rumored we now have an official confirmation. According to earlier rumors, Google will most likely unveil new Nexus smartphones, coming from Huawei and LG and there is big possiblity that we will see a new Chromecast device that was recently pictured.

Other rumors also suggest that we will see even more things from Google, but for now, the new Nexus smartphones and the Chromecast are the best bet. In case you missed it earlier, the Huawei-based Nexus is expected to pack a 5.7-inch QHD screen and Snapdragon 810 SoC while the LG-made Nexus will have a smaller 5.2-inch screen and be powered by Qualcomm's Snapdragon 808 SoC.

Both smartphones will run on Google's new Android 6.0 Marshmallow OS and this will be the first time that Huawei will be making a Nexus device.

As it was the case with previous events, Google's event will be streamed on Google's Youtube chanel. The event starts on September 29th at 9AM PST.