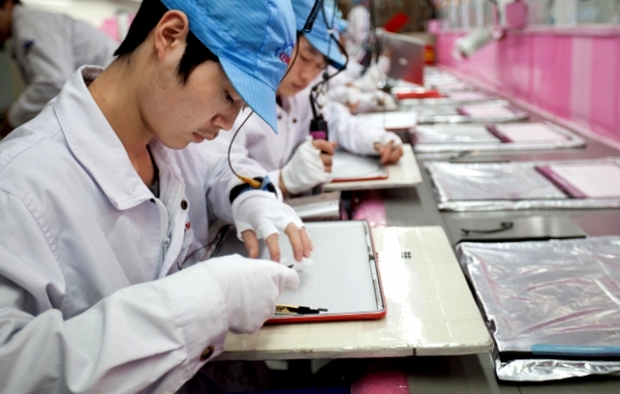 But Apple says they are coining it in

Claims that Fruity Cargo cult Apple might be making a fortune from its Surface Pro and its Iphone 6S are looking flaky after another of its partners reported lwer profits than expected.

Pegatron Technology has become an OEM for the iPhone 6s and was expecting increasing revenues, after all everyone in China is buying one, if you believe the Tame Apple Press.

Pegatron said that they are not performing as well as they should.
Pegatron, which has landed orders for the 4.7-inch iPhone 6s, has been aggressively expanding its capacity to roll out 10 million units a month.

However, for some reason Pegatron's orders from Apple have not been much help for Casetek and Kinsus.

With orders for mid-range and entry-level handsets from China weaker than expected, investments in the printed circuit board (PCB) business suffering losses and competition from Japan-based Ibiden for iPhone 6 orders becoming fiercer.

ASRock has also not been performing well in the face of pricing competition from Asustek Computer and Gigabyte Technology. The Pegatron subsidiary is now looking to gain profits from server and industrial PC (IPC) motherboards, but so far the business has not made any major contribution and ASRock's EPS for 2015 may be more than halved.

Pegatron has been hoping to make a bit of cash flogging contact lenses and optical products, maybe it was short sighted to trust in Apple's reality distortion field.

Last modified on 17 September 2015
Rate this item
(2 votes)
Tagged under
More in this category: « iOS 9.0 gets speed security improvements Outcry as Navy orders Apple fanboys to smash their phones »
back to top