Meego challenges Intel with its own Atoms 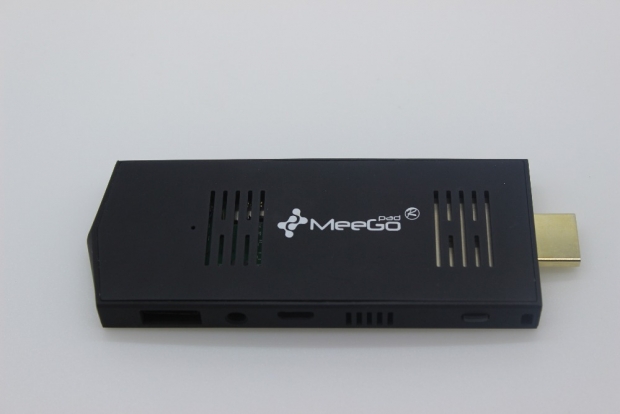 Cheap as chips on the run

MeeGoPad T02 is now out in the market and challenging Intel's Compute Stick with its price of $109.

The MeegoPad T02 also has Windows 8.1 on board. The hard drive storage can also accommodate a few programs, making it ideal for office use but it also has a few advantages over the $150 Compute Stick.

It has two USB 2.0 ports, a 3.5mm audio jack, a microUSB port for powering the device, there is a microSD card slot for those who would like to get more hard drive space. The stick measures in at 110 x 43 x 10 mm and weighs only 48 grams, which allows anyone to take it anywhere.

There's a model without a Windows license that sells for only $90 and can run Ubuntu Linux.

For most users this would be a waste of time, but there are those who will want to use the MeegoPad as a secret squirrel machine and Linux is a bit better for that.

On the downside the MeegoPad lacks the same level first-party support that the Intel Compute Stick, but we are not talking big money here.

Last modified on 07 May 2015
Rate this item
(3 votes)
Tagged under
More in this category: « Nvidia winds down Icera modem business Nexus 9 price falling »
back to top