It's all about selfies

During its Double Exposure press event held in New York, HTC officially unveiled the new HTC Desire Eye smartphone, a new smartphone with a 13-megapixel front camera and a focus on selfies, pardon the pun.

While pretty much an update of the HTC One E8 smartphone, the HTC Desire Eye is designed around a 5.2-inch IPS LCD 1080p screen and Qualcomm's Snapdragon 801 chipset with 2GB of RAM. The headline feature of the new HTC Eye is its center placed 13-megapixel front camera with dual flash, 20mm lens and f/2.2 aperture. It is backed by a rear 13-megapixel camera with a 28mm lens and f/2.0 aperture. Both cameras are capable of recording 1080p@30fps video.

The rest of the specifications include dual-band 802.11ac Wi-Fi, Bluetooth 4.0, NFC, LTE and microUSB connectivity, IPX7 rating which allows it to have water resistance of up to 1m for half an hour, Android 4.4 OS backed by HTC Sense 6 UI, 16GB of built-in storage expandable via microSD card slot, 2400mAh battery, front facing BoomSound speakers and pretty much all you would expect from a standard smartphone on the market. 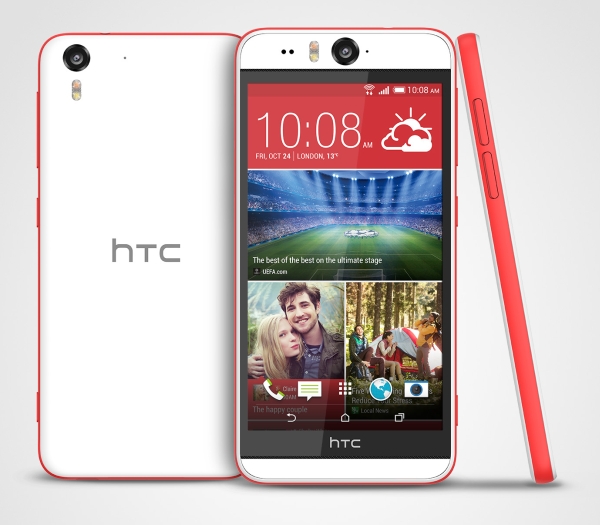 With dimensions set at 151.7x73.8x8.5mm and 154g, the new HTC Eye is everything other than a compact smartphone, but in its defense, it is still the smallest smartphone with a front 13-megapixel camera.

What makes the new HTC Eye so special is the new HTC Eye Experience app as well as the new HTC Zoe. The HTC Eye Experience app will allow you to use both 13-megapixel cameras in 50/50 Split Captuire mode, Crop-Me-In mode and other simiar things. The same app will also ber avialable for the rest of the HTC lineup including all the HTC One smartphone as well as Desire 712 and the Desire 816. As far as the Zoe is concerned, the new version will intergrate the Re, HTC's new action camera, and will be available for iPhone and other Android smartphone as well.

Unfortunately, HTC was not talking about the availability date or the price of the new HTC Desire Eye smartphone during its event. 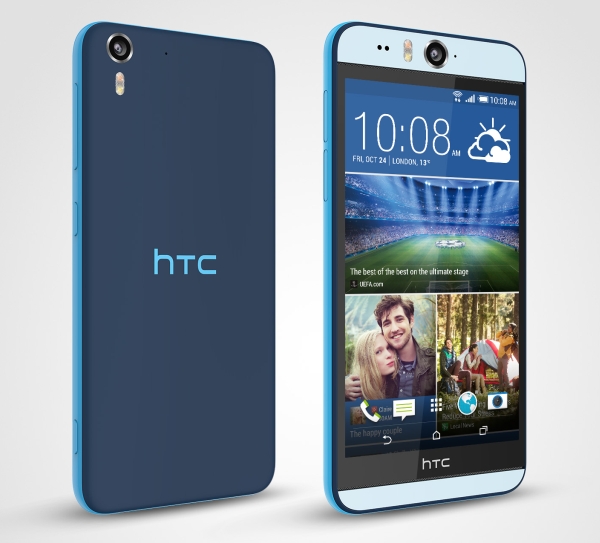 Last modified on 09 October 2014
Rate this item
(0 votes)
Tagged under
More in this category: « Android L shown off in a video on Galaxy S5 Google officially unveils the new Nexus 6 »
back to top