An official press photo of the M7, that will be known simply as the HTC One, has finally popped up online, giving us an idea of what to expect from the upcoming flagship.

The picture came from a Twitter post by evleaks, a proven source of some of the earlier leaks. Judging by the picture, HTC decided to turn to a new design page and got rid of the calssic three button design. The phone is rather symmetrical and certainly looks like a true flagship, at least on the design side.

According to earlier rumors, the new HTC One should end up with a 4.7-inch 1080p (468ppi) screen, Qualcomm's APQ8064 SoC clocked at 1.7GHz, 2GB of RAM and Android 4.2. Interestingly enough, it appears that the new HTC One will be the first smartphone to feature HTC Sense UI 5.0. The rest of the features include a 13-megapixel main camera with "stacked sensor".

As detailed earlier, HTC plans to unveil the new One at two simultaneous events in New York and London on February 19th. 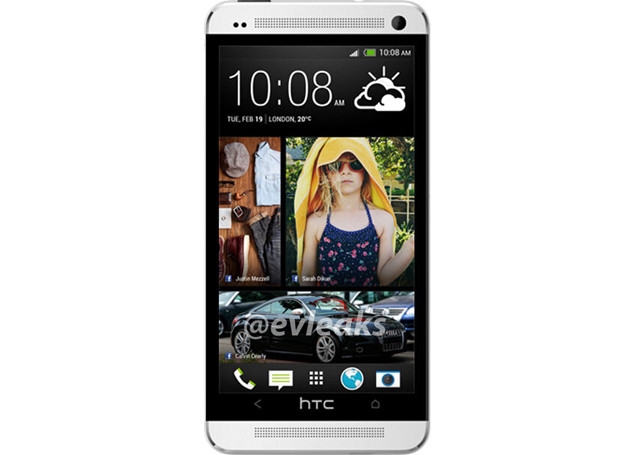