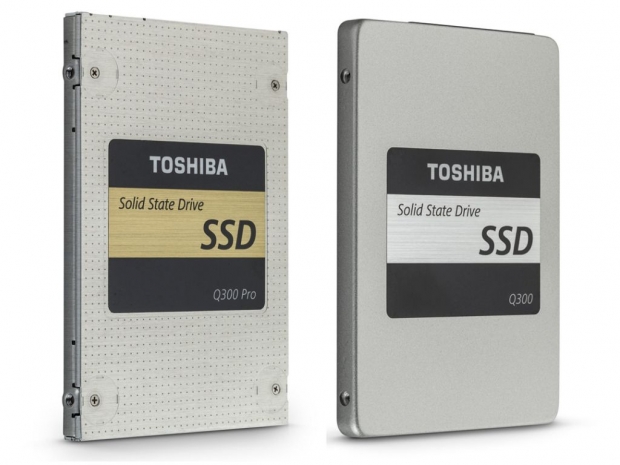 Toshiba controllers paired up with TLC and MLC NAND

Toshiba has unveiled its latest 2.5-inch consumer solid-state drives, the Toshiba Q300 and the Q300 Pro.

Based on Toshiba controllers and paired up with either TLC or MLC NAND, both drives are based on standard SATA interface and standard 2.5-inch 7mm-thick form-factor.

Aimed at read extensive applications and to be available in 128GB, 256GB and 512GB capacities, the Toshiba Q300 Pro is based on Toshiba's own TC85NC1000 controller paired up with Toshiba 2-bit-per-cell (MLC) NAND. It has a sequential read of up to 550MB/s while sequential write performance is set at 520MB/s. The 4K random performance tops out at 92k IOPS for read and 63k IOPS for write.

Unlike the Toshiba Q300 Pro, the Q300 only has SLC caching technology and lacks all other features. 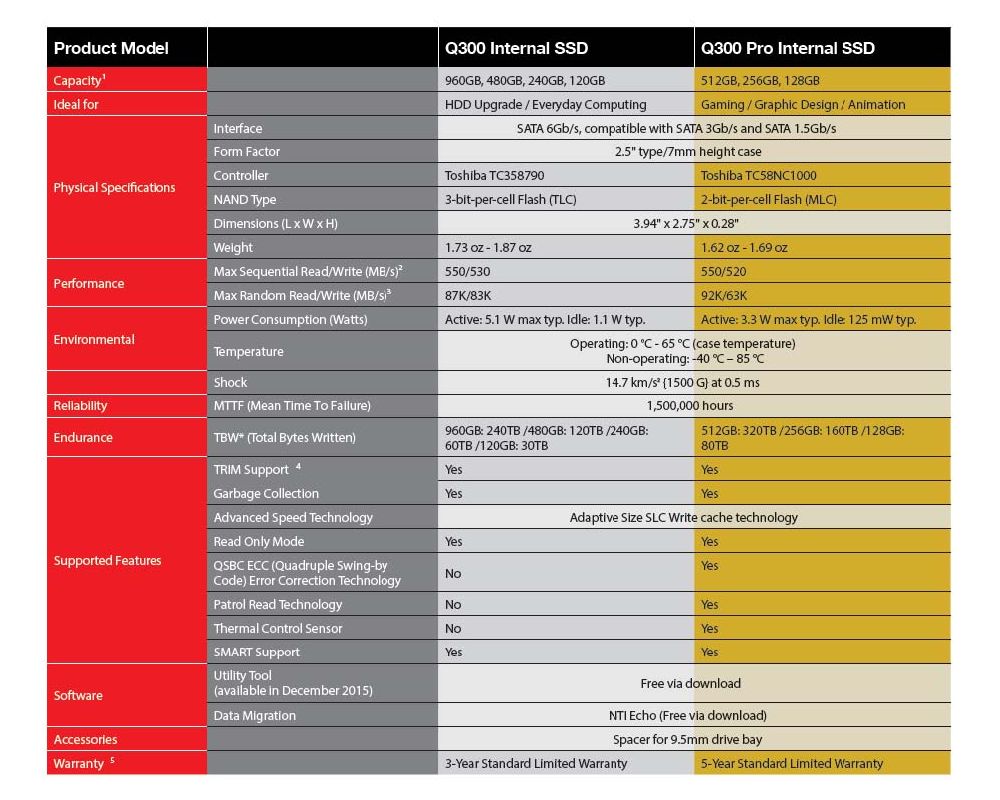