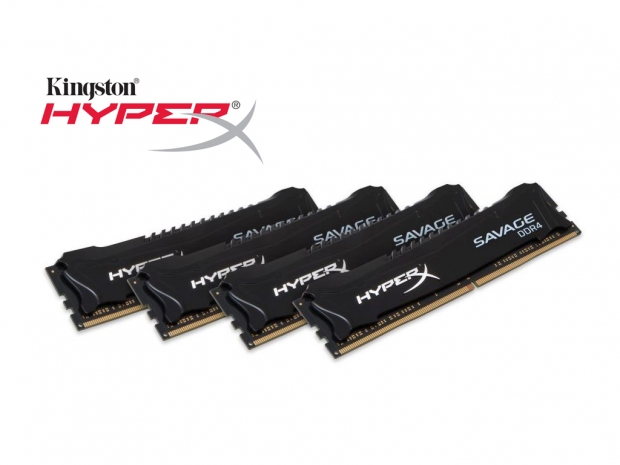 To be available in 4GB and 8GB modules, 8GB to 64GB kits and frequencies ranging from 2133MHz to 2400MHz, the new HyperX Savage DDR4 memory will feature a new asymmetrical die-cast low profile heatsink combined with black PCB.

As it was the case with previous HyperX memory modules and kits, the new Savage DDR4 memory will also be backed by a lifetime warranty.

You can check out the full lineup of the new HyperX Savage DDR4 memory over at Kingston's HyperX site and it appears that some of these modules and kits have already started to appear in retail/e-tail shops in Europe.

Rate this item
(1 Vote)
Tagged under
More in this category: « Toshiba announces new Q300 and Q300 Pro SSDs Nvidia sorts out HBM for Pascal »
back to top