GPU sells for under MSRP in Germany 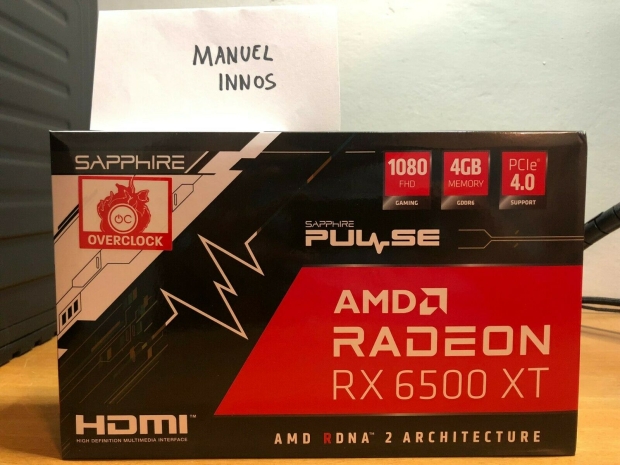 What next, a Brazilian planting a tree?

In a move that the GPU shortage might finally becoming to an end, a Radeon RX 6500 XT has been selling in Germany at a price which is 35 per cent less than MSRP.

Tom's Hardware spotted the German retail giant Mindfactory has a PowerColor AMD Radeon RX 6500 XT listed for €169 including VAT (at the time of writing), 35 per cent less than its usual €229 MSRP. That new price converts directly to $189, and once Germany's 19 per cent sales tax is removed, the figure drops to $159. There's also a dual-fan Fighter model for ten euros more.

Mindfactory started selling the Radeon RX 6500 XT beneath MSRP over three weeks ago, but it has since lowered the previous €199 price down to €169.

To be fair Radeon RX 6500 XT is awful in so many ways. Its PCIe x4 limitation, 4GB of VRAM, and lack of hardware encoding attracted terrible reviews, which might be why it is selling below MSRP.

But there are some other signs that the GPU shortage is becoming less of a crisis. Nvidia's and AMD's AIB partners are running promotions on their GPUs, and shipments increased in the fourth quarter of last year.

Last modified on 21 March 2022
Rate this item
(2 votes)
Tagged under
More in this category: « Nvidia and IBM to follow Microsoft on SSD/GPU Nvidia announces hopper »
back to top