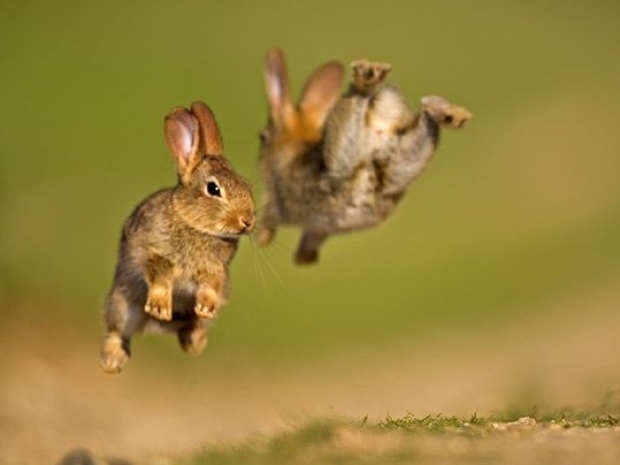 The GPU maker named after a Roman vengeance daemon, Nvidia has announced the release of its Hopper GPU architecture.

For those not in the know, Hopper was not a relative of Thumper in Bambi but a line of graphics cards that the company says will accelerate the types of algorithms commonly used in data science.

It was not even named after a rabbit, but Grace Hopper, a pioneering US computer scientist, and it will succeeds Nvidia's Ampere architecture (which was named after a French mathematician and physicist and nothing to do with a lamp.

The first card in the Hopper lineup is the H100, containing 80 billion transistors and a component called the Transformer Engine that's designed to speed up specific categories of AI models.

It also contains Nvidia's MIG technology, which allows an H100 to be partitioned into seven smaller, isolated instances to handle different types of jobs.

Nvidia founder and CEO Jensen Huang said: “Datacenters are becoming AI factories -- processing and refining mountains of data to produce intelligence. Nvidia H100 is the engine of the world's AI infrastructure that enterprises use to accelerate their AI-driven businesses."

Recursion in dynamic programming involves breaking a problem down into sub-problems, ideally saving time and computational effort. In memoisation, the answers to these sub-problems are stored so that the sub-problems don't need to be recomputed when they're needed later on in the main problem.

It also opens the way for Nvidia stories to be illustrated by cute pictures of rabbits.

Last modified on 23 March 2022
Rate this item
(3 votes)
Tagged under
More in this category: « GPU sells for under MSRP in Germany Nvidia unveils the Hopper-based H100 accelerator »
back to top