Nvidia RTX 3090 Ti could be coming this month 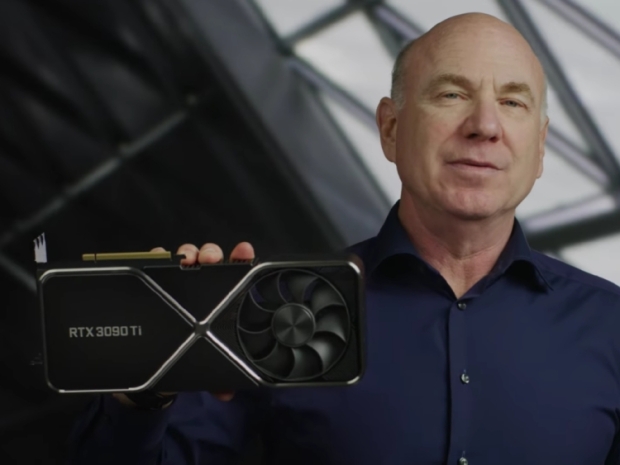 According to the latest rumor, Nvidia could launch the Geforce RTX 3090 Ti by the end of March, while the RTX 3070 Ti 16GB could be canceled.

The Geforce RTX 3090 Ti was officially announced or rather briefly shown back in January, and although it was expected to launch at the CES 2022 show, the card was obviously delayed, with rumors pointing to BIOS and memory issues. The latest rumor coming from Chiphell.com, suggests that the new launch date is set for March 29th.

The same source also suggests that the 16GB version of the Geforce RTX 3070 Ti has been canceled.

This does not come as a surprise considering the actual supply, scalpers, and miners, as most graphics cards are pretty hard to find these days, at least at a reasonable price.