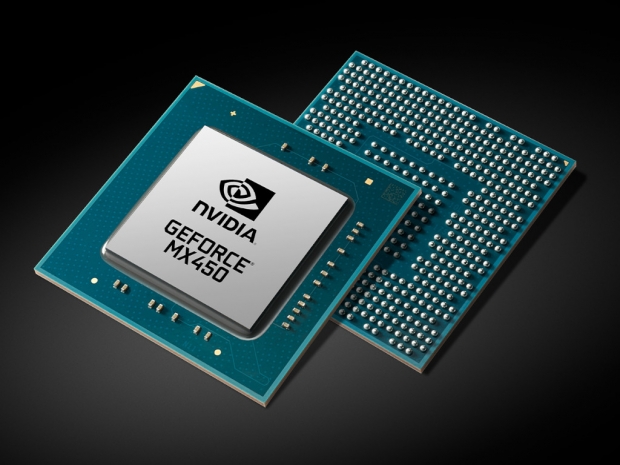 Nvidia has announced a rather interesting mobile GPU called the Geforce MX450. The GPU supports both GDDR5 and GDDR6 memory as well as has PCI-Express 4.0 support, something that should go well with upcoming notebooks from Intel.

The GPU itself is not meant for serious gaming, as this is an entry-level mobile GPU and we still have no details on the specifications, other than support for both GDDR5 and GDDR6 memory, and PCIe 4.0 support.

The same GPU was spotted earlier in the Yoga Slim 7 Pro notebook from Lenovo, which comes with Intel's 11th gen Core mobile Tiger Lake CPUs, so we might see a few notebooks with such a combination.

According to Nvidia's own product page, the Geforce MX450 supports all the usual Nvidia technologies, including Optimus and GPU Boost.

Hopefully, we will get more information once Intel Tiger Lake notebooks are announced. 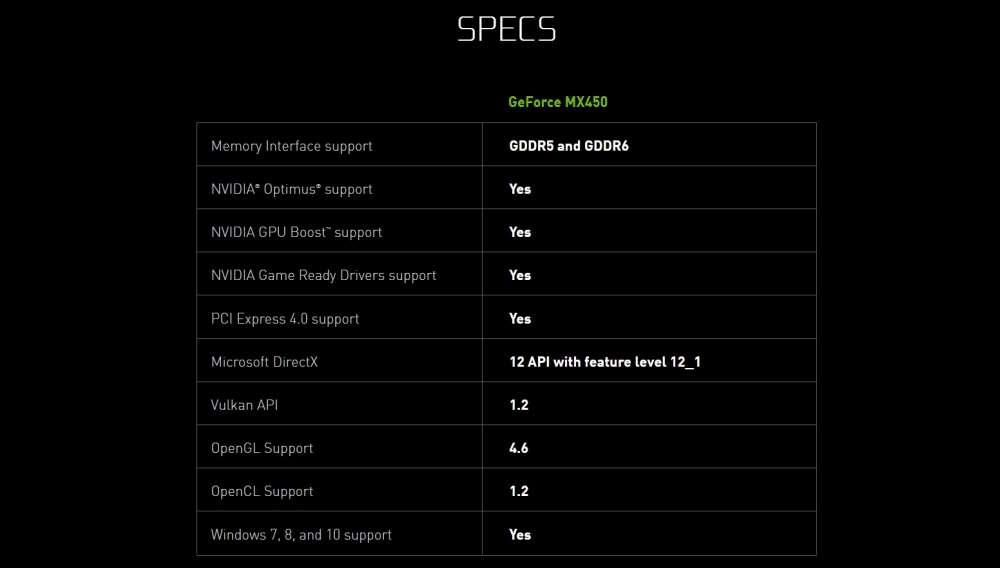