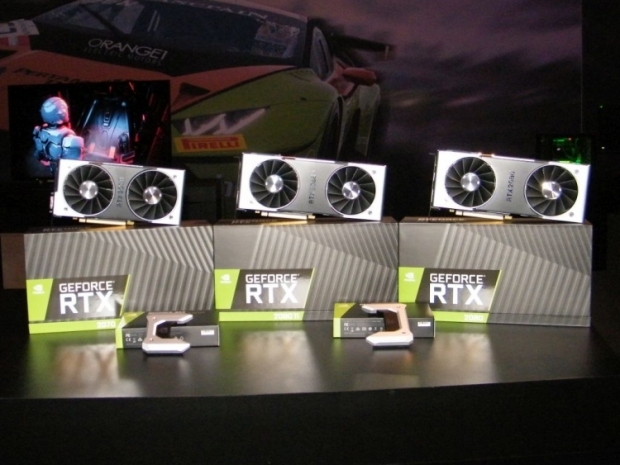 Some new features as well

Nvidia certainly came to Gamescom prepared, and while we have seen all those new trailers and heard about new titles that will support Nvidia RTX in one way or another, the company also had a nice ace up its sleeve, a special Gamescom Game Ready driver, Geforce 436.02, which brings some big performance optimizations as well as new features.

In short, the new Geforce 436.02 Gamescom Game Ready Driver brings up to 23 percent performance improvements in plenty of popular titles like Apex Legends, Battlefield V, Forza Horizon 4, Strange Brigade and World War Z. While mostly focusing on its newly added Geforce RTX Super cards, the RTX 2060 Super, RTX 2070 Super, and the RTX 2080 Super, the new driver should work its magic on other graphics cards as well. 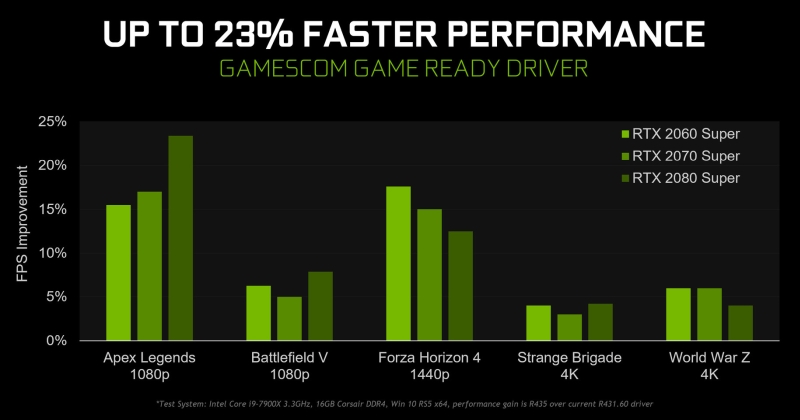 The new driver also brings all the necessary day-one optimizations for Remnant: From The Ashes, as well as adds support for three new G-Sync Compatible gaming monitors, the ASUS VG27A, ACER CP3271, and ACER XB273K GP.

New features as a response to AMD's push

We always said that competition is a great thing and some Nvidia people we chatted earlier were firm in the belief that the company does its best when faced with competition. Although it has yet to face that competition in the high-end market, holding the performance crown with the RTX 2080 Ti, AMD software team needs to get credit as these guys are doing a hell of job with driver stability, performance optimizations as well as new features, and Nvidia is obviously upping its game to counter AMD.

Although the driver had some issues at launch, by forcing users to install Geforce Experience, the issue was quickly fixed the next day.

The Ultra-Low Latency mode, as the name suggests, promises a reduction in latency by up to 33 percent, and while the Maximum Pre-Rendered Frames was already available in the Nvidia Control Panel, the new option has three settings, and allow the driver to either automatically queue 1-3 frames for maximum render throughput in the "off mode", limit the number of queued frames to 1 in the "on mode", or submit the frame just in time for the GPU to start rendering in the "Ultra mode".

According to Nvidia, Low Latency Mode is still in beta and supports all GPUs in DX9 and DX11 games. 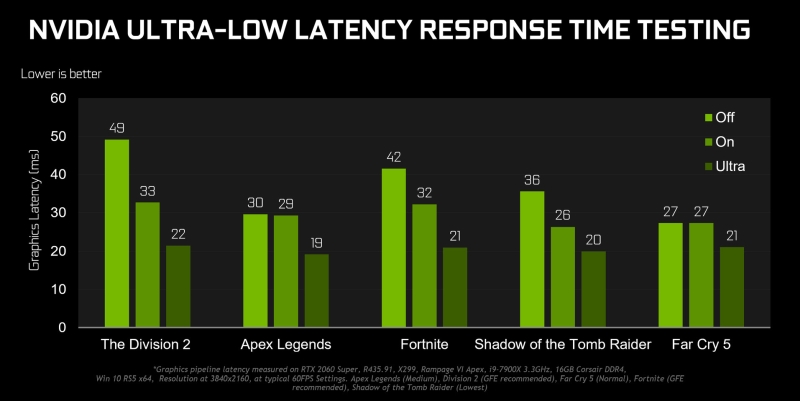 The Geforce Experience Freestyle sharpen filter is an improved version of the Freestyle filter which further improves the image quality while cutting down the performance impact by half compared to the existing "Detail" Freestyle filter.

Lastly, the GPU Integer Scaling, which is used to improve resolution scaling in "pixel-art games" like FTL, Terraria, by using a hardware-accelerated programmable scaling filter with Turing GPUs. With this in mind, it is obvious that it is limited to Nvidia's latest Turing-based graphics cards. 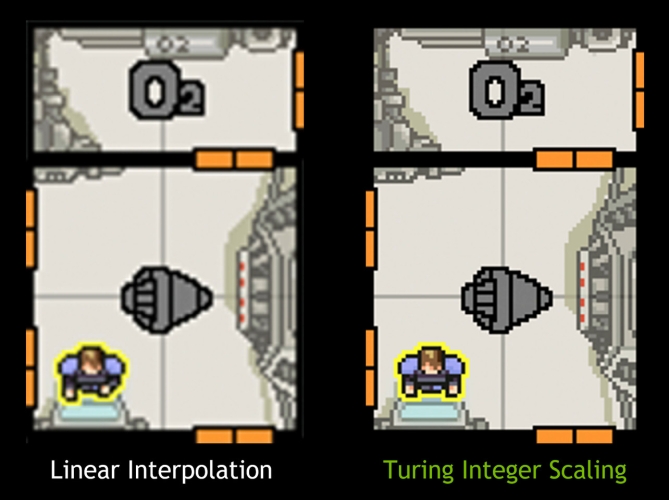 As always, the new Geforce 436.02 Gamescom Game Ready driver is available over at Nvidia's driver support page where you can also find the full release notes.

Rate this item
(0 votes)
Tagged under
More in this category: « Nvidia does not fear customers’ DIY Nvidia working on Geforce GTX 1650 Ti »
back to top