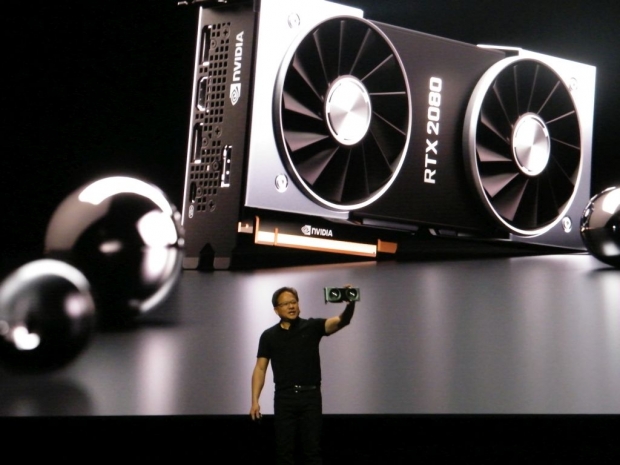 On retail/e-tail shelves on September 20th

During his keynote ahead of the Gamescom 2018 show, Nvidia's CEO Jensen Huang officially unveiled the new Geforce RTX series, which is already available for pre-order and which will be on shelves on September 20th.

Although the company did not get into more technical details, which will be available at a later date when members of the press are done with reviews, Nvidia did talk about the Turing GPU behind the RTX series, including three functional units of the GPU, including Turing SM, Tensor Core, and the RT Core.

The Turing GPU for RTX Series is, according to Nvidia, the second biggest chip after Volta, aka GV100. According to Jensen, the Turing GPU built for RTX delivers a combined performance of 78T RTX-OPS, but we will dig deeper into these numbers and the total computational performance once the all in-depth technical details become shared by Nidia.

It is all about Ray Tracing

The biggest part of the keynote was about the newest feature of the Nvidia Geforce, Ray Tracing, which is the idea behind the change from the GTX to the RTX. Jensen was pretty good in explaining the technology behind it without going into in-depth technical details, and the bottom line, at least in Jensen own words: “Everything just works- Everything….just…works…you just turn it on".

In addition to some impressive game demos and trailers, which included Shadow of the Tomb Raider and, of course, Battlefield V, Nvidia showcased its own video, dubbed Project Sol, which shows the power of the RTX Ray Tracing. 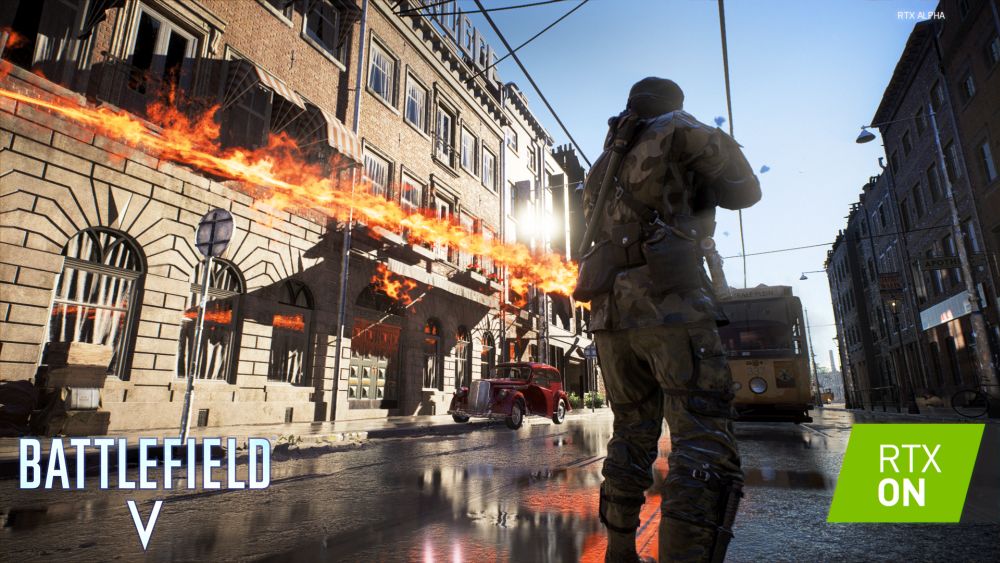 Nvidia has plenty of developers on-board

In order to make Ray Tracing important, it is all about engaging game developers, and Nvidia has done well as in addition to the obvious partners like EA/DICE with Battlefield V and the Eidos Montreal with Shadow of the Tomb Raider, Nvidia claims it has overwhelming developer support, including Deep Silver and other big names.

According to Nvidia, there are over 20 RTX titles set for release, starting this holiday season, and more than 40 game developers are working on future titles that will integrate RTX. There are some interesting titles in that list including Final Fantasy XV, PUBG, Serious Sam 4: Planet Badass, Hitman 2, and more. 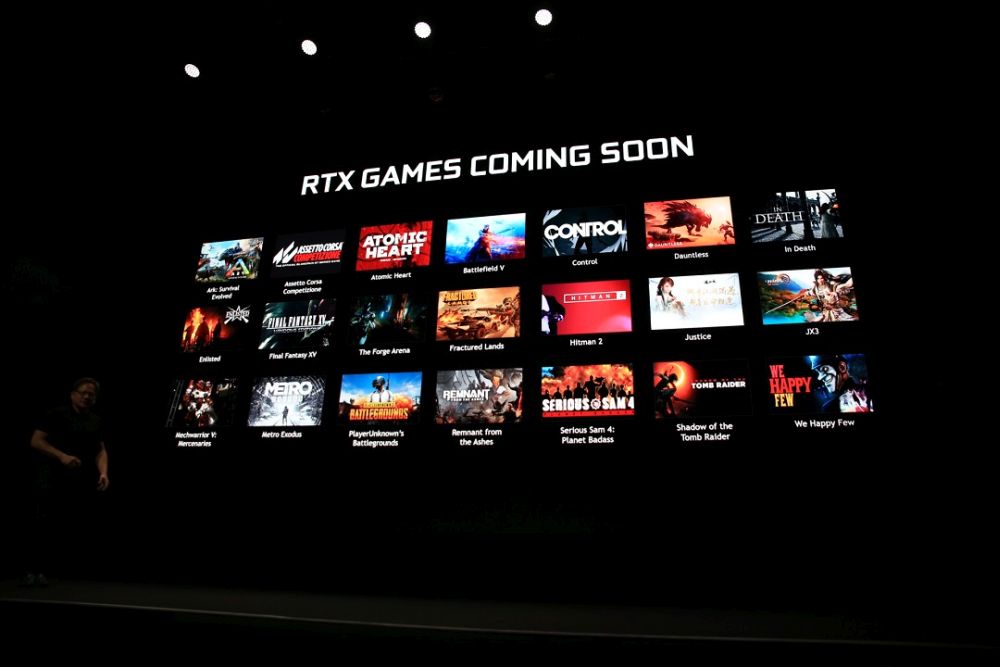 Nvidia also announced the pricing and the availability dates at the keynote, so all announced Geforce RTX series cards  are available for pre-order as of yesterday and likely to be on retail/e-tail shelves on September 20th, although the RTX 2070 is already out of stock.

Of course, we will get back to the Turing GPU and the RTX series as soon as Nvidia gives us all the technical information and once it gives the green light for reviews.