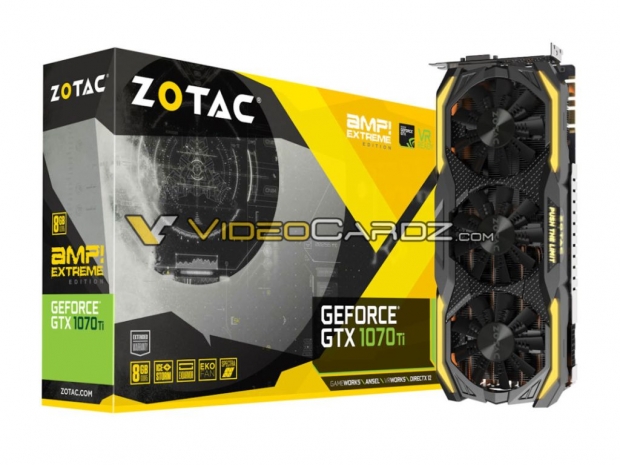 It appears that at least some partners will be making factory-overclocked versions of the upcoming GTX 1070 Ti graphics card and according to leaked pictures, Zotac will be one of them with AMP!, AMP! Extreme and Mini versions.

According to pictures leaked by Videocardz.com, Zotac will be announcing at least three different custom versions of the Nvidia Geforce GTX 1070 Ti graphics card. While we still do not have precise details regarding the actual clocks, both the AMP! and the AMP! Extreme version will use a custom PCB and need two 8-pin PCIe power connectors, suggesting a hefty factory-overclock.

Bear in mind that earlier rumors suggested that Nvidia might limit its partners in terms of factory-overclock so it is strange that Zotac would announce an AMP! Extreme version without a hefty factory-overclock.

In addition to these two, Zotac will also announce the GTX 1070 Ti Mini, which is identical to the GTX 1080 Mini, featuring a short PCB, single 8-pin PCIe power connector, dual-fan cooler, and a backplate. 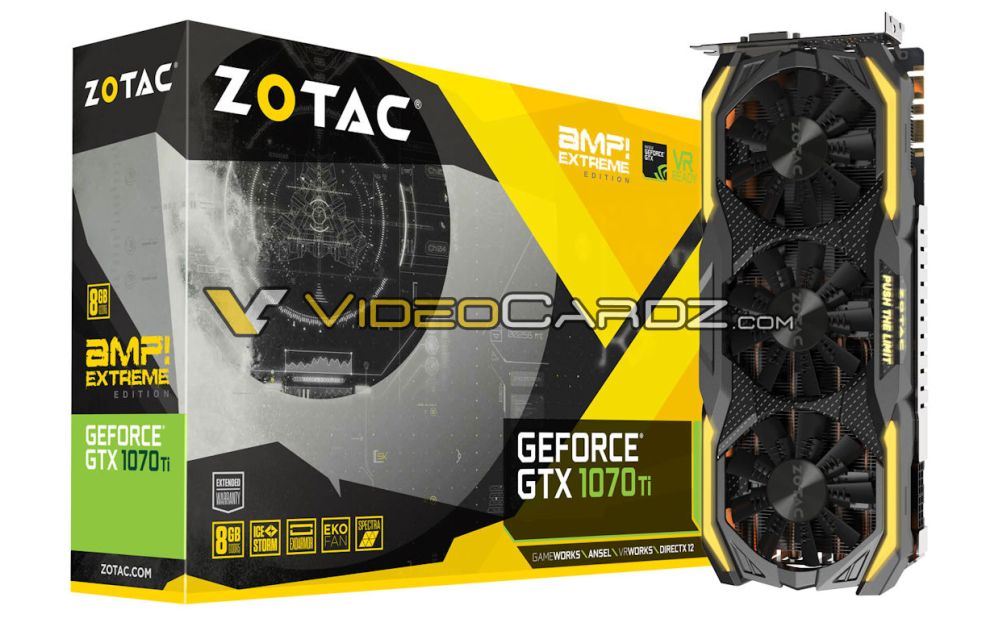 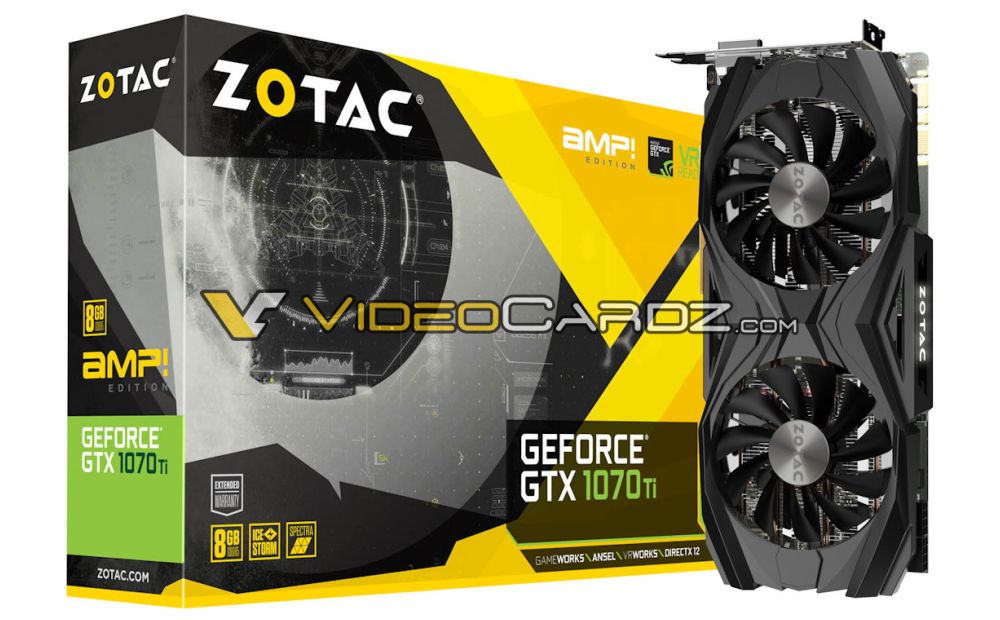 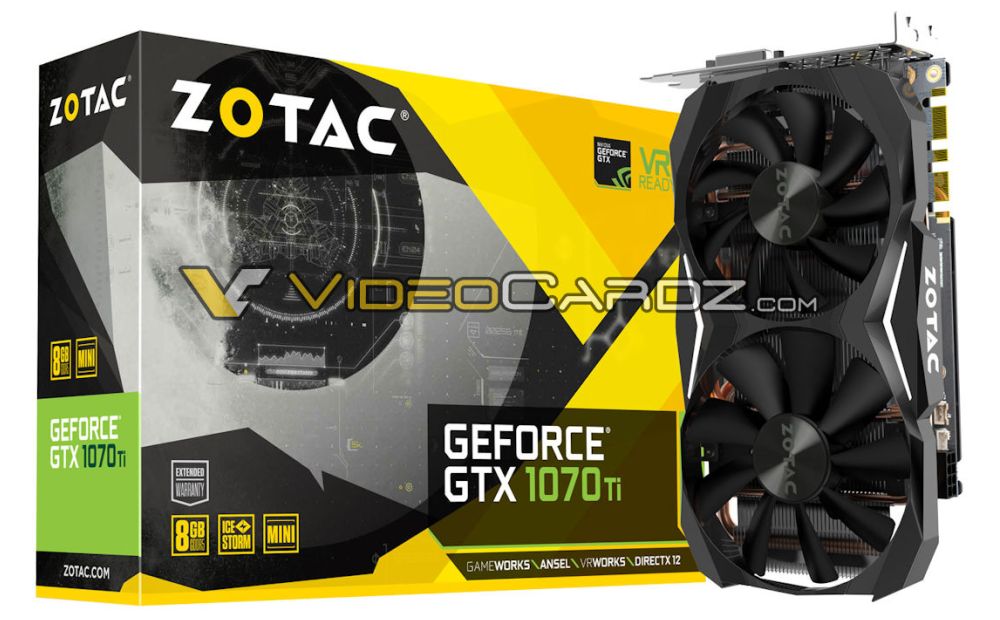