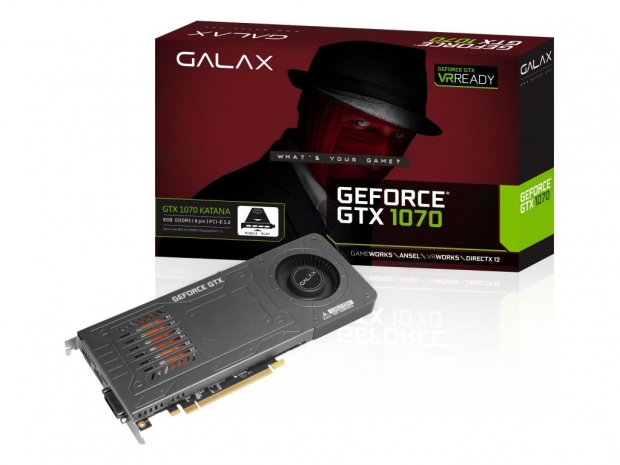 Mere 16mm thick and with factory-overclock

Galax has unveiled the latest and quite an interesting graphics card, the single-slot GTX 1070 Katana.

Being just 16mm thick, the new Galax/KFA2 GTX 1070 Katana, is the only single-slot GTX 1070 on the market, at least as far as we know. It uses a RazorX cooling technology, which includes full copper heatsink with vapor chamber, cooled by a small blower-style fan.

The Galax GTX 1070 Katana is based on a custom-design PCB and draws power from a single 8-pin PCIe power connector. It also comes with DisplayPort 1.4, HDMI and 2.0b and DVI-D display outputs.

Galax/KFA2 already has a custom GTX 1070 OC Mini in its offer, a version that is interesting to those looking for a shorter and not a thinner version.

Unfortunately, Galax did not reveal any details regarding the actual release date or the price for its GTX 1070 Katana, but hopefully, this one will show up on retail/e-tail shelves soon as there should be a decent market for such graphics cards, especially with the recent rise in popularity of HTPC/gaming living room PC systems. 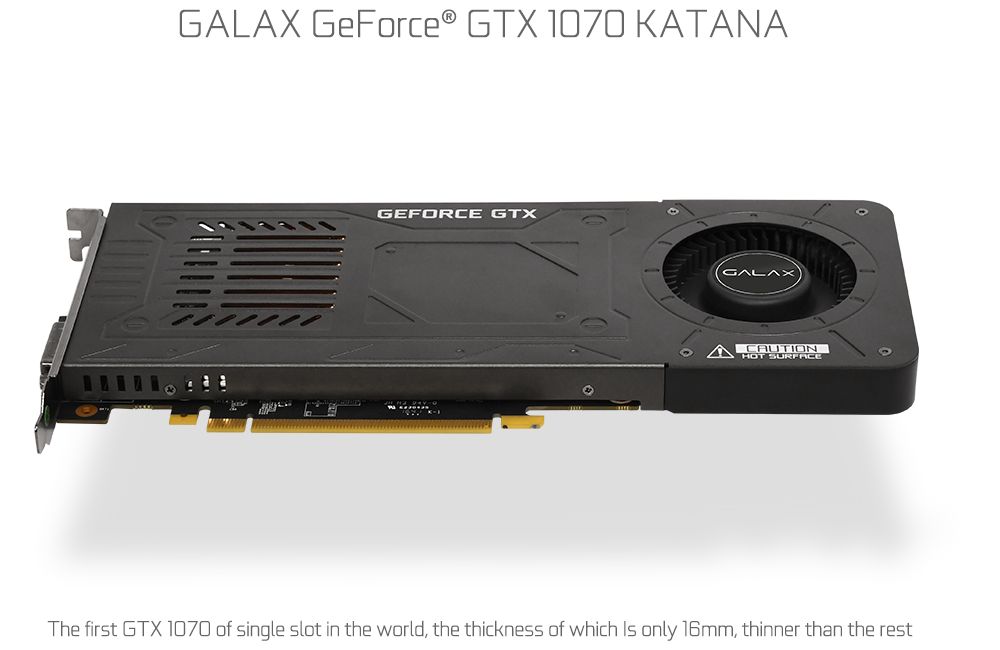 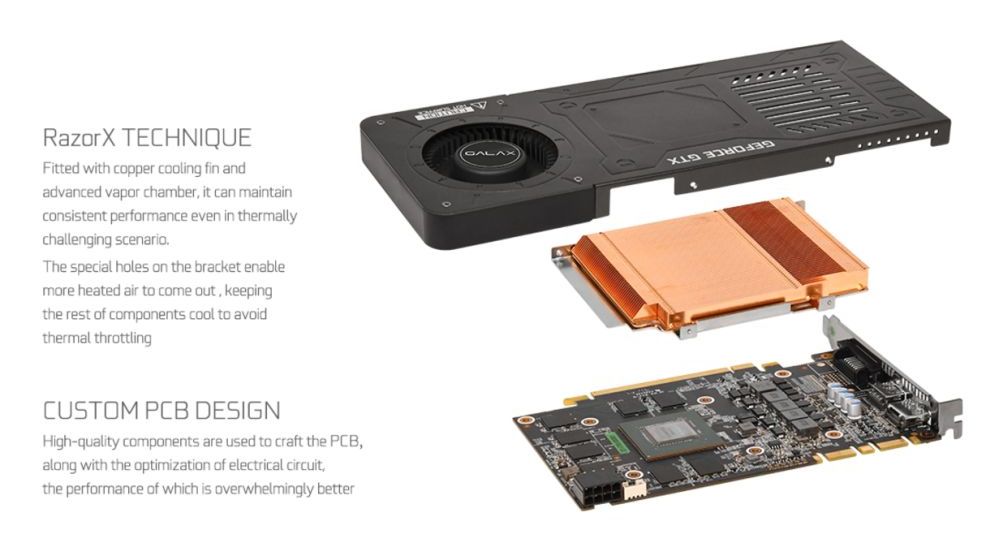 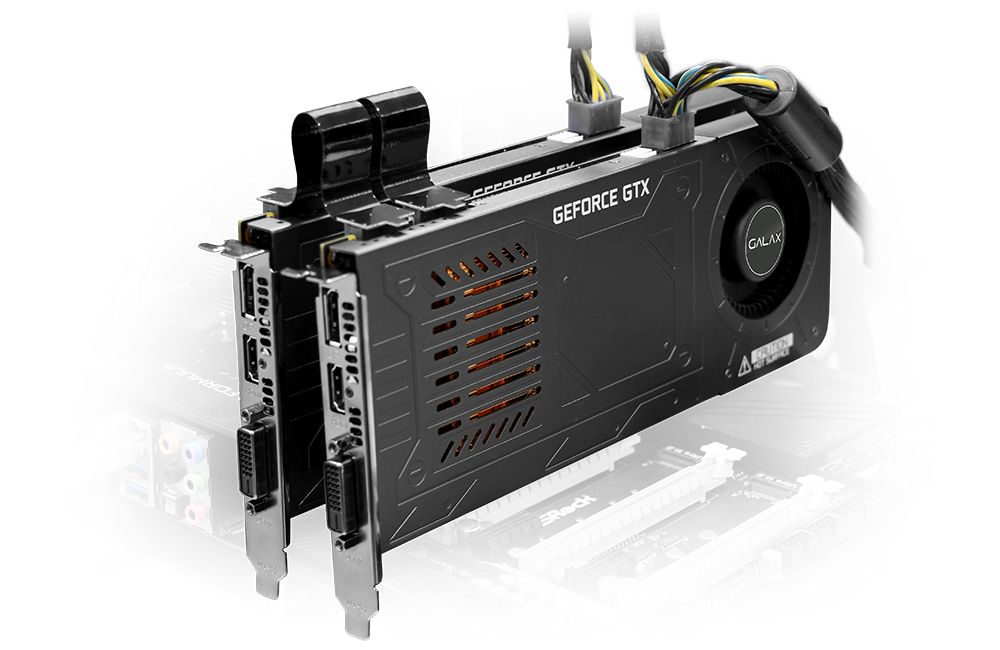