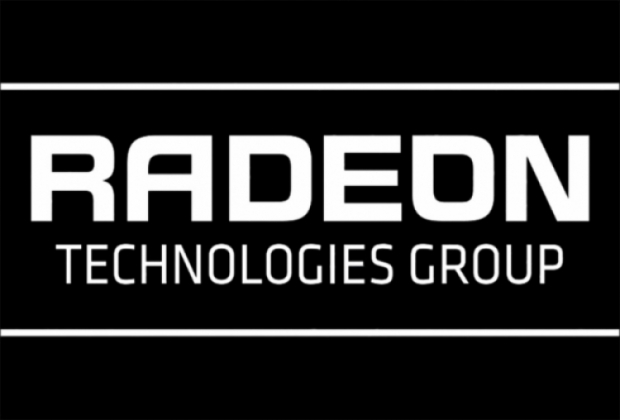 A full set of press/marketing slides for the upcoming AMD Radeon RX 500 series refresh have leaked ahead of its scheduled launch on April 18th, showing a bit more details for the entire series, including RX 580, RX 570, RX 560 and the RX 550.

According to what can be seen from the slides leaked over at Japanese Jisakutech.com site and originally spotted by Videocardz.com, these are simple rebrands, with some improvements in the clock department, except for the RX 560, which got a fully enabled GPU. AMD also switched to dual-fan reference coolers, instead of usual blower-style ones.

Interestingly enough, AMD compared the Radeon RX 580 to R9 380 and R9 380X, saying that it offers 1.8x the performance and should offer smooth 60+fps gaming at 1440p and high settings. AMD was quite keen to note that the RX 580 performance is higher than the GTX 970. 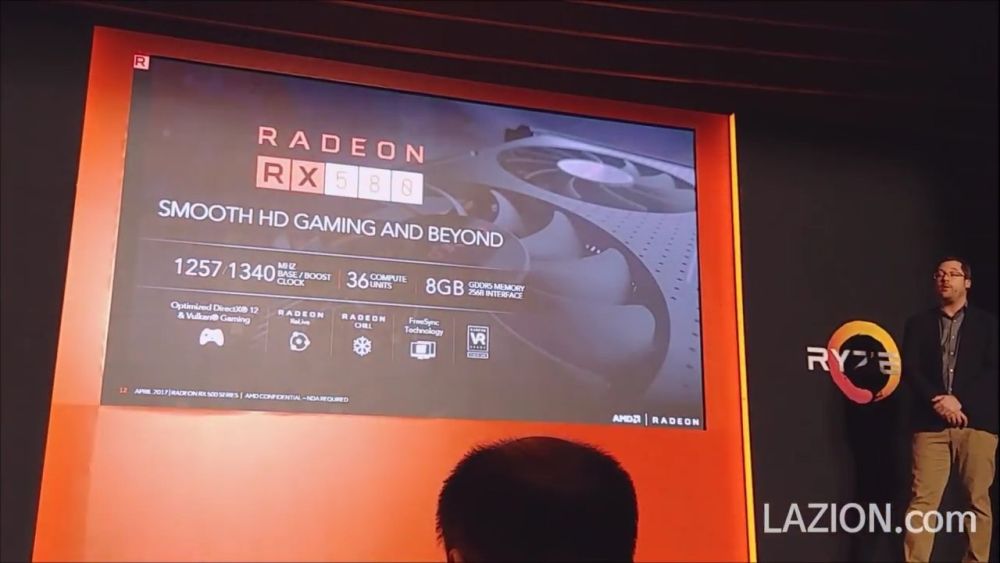 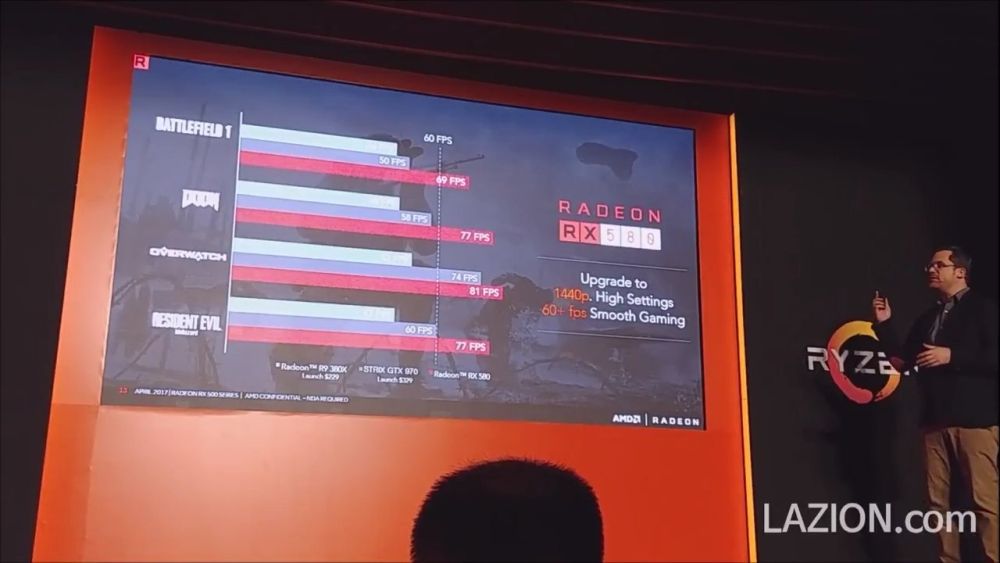 The RX 570 is pretty much the same as the RX 470, packing 32 CUs for 2048 Stream Processors, but works at slightly higher 1168MHz GPU base and 1244MHz GPU Boost clocks. The reference version will pack 4GB of GDDR5 memory on a 256-bit memory interface and is marketed as the best card for maximum 1080p gaming. 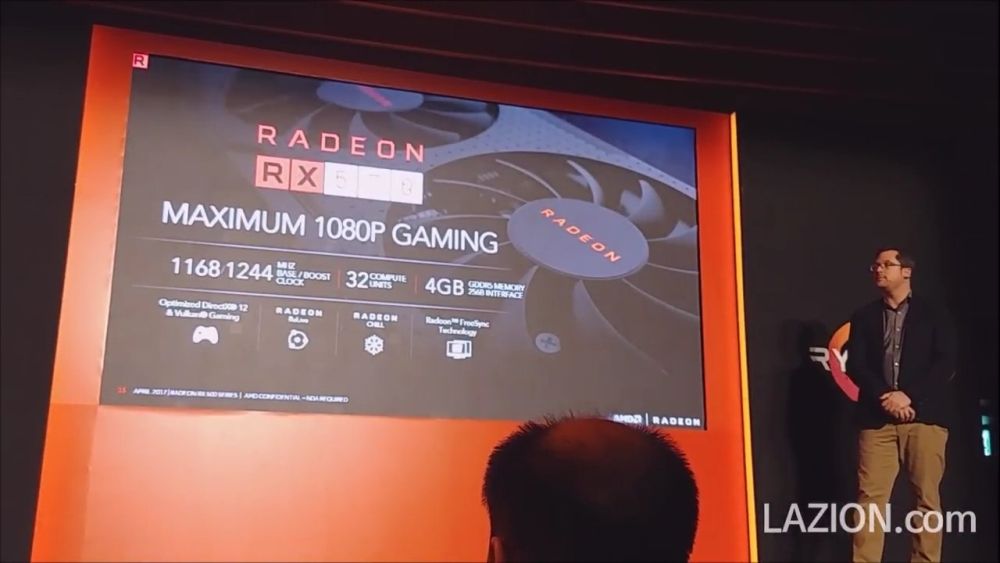 As noted, the situation gets a bit more interesting when it comes to Radeon RX 560, which gets a fully enabled Polaris 11 GPU with 1024 Stream Processors. The Radeon RX 560 is marketed as the card for efficient 1080p gaming, comes with 4GB of GDDR5 memory on a 128-bit memory interface and works at 1175MHz GPU base and 1275MHz GPU Boost clocks, providing a healthy boost in performance compared to the RX 460. 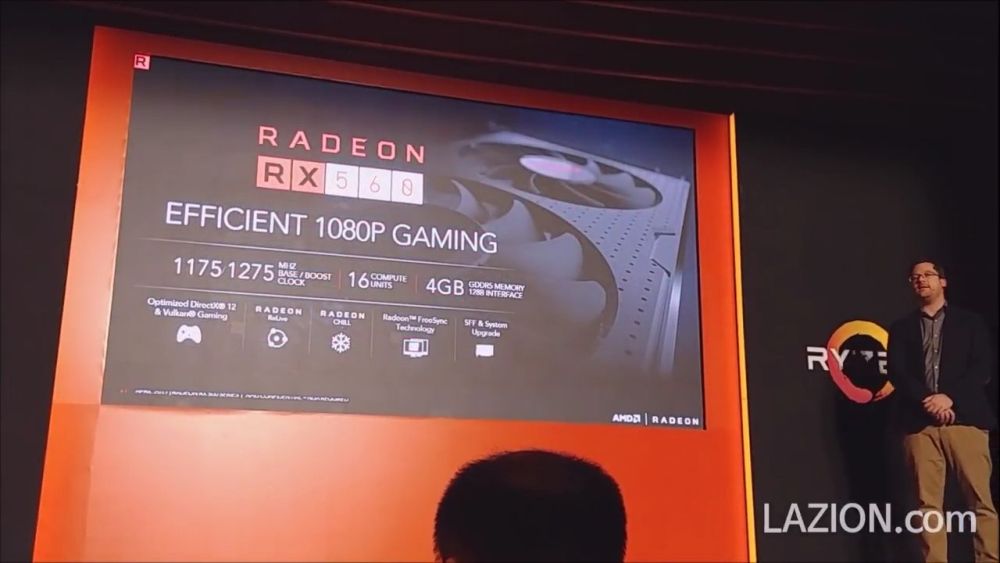 The last member in the refresh is the new Radeon RX 550, featuring 8 CUs or 512 Stream Processors, 1183MHz GPU Boost clock and 2GB of GDDR5 memory on the same 128-bit memory interface. This could be a completely new chip (most likely Polaris 12) that should go after those casual gamers, those looking to build a 4K HTPC and those simply looking for something better than an integrated graphics. 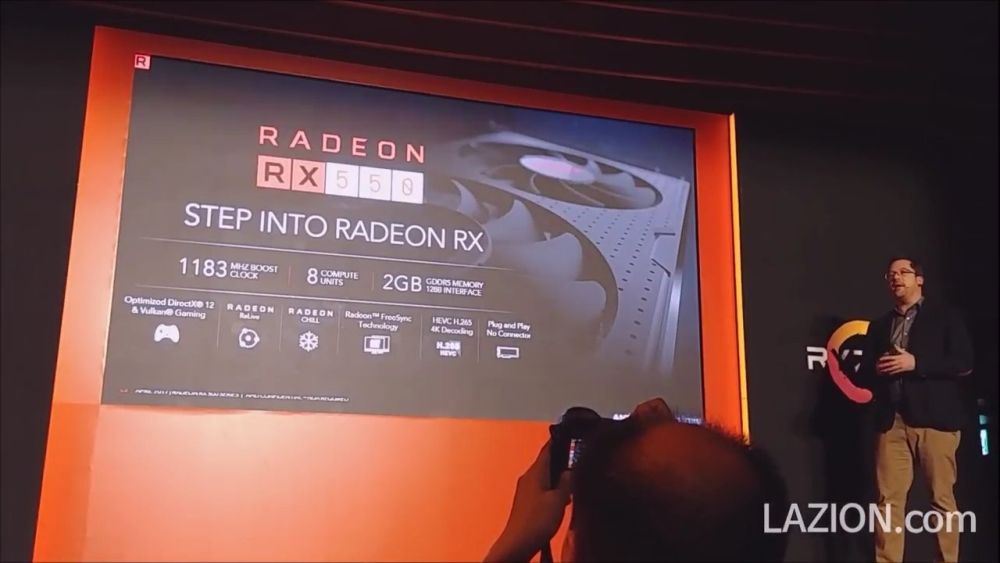 While there was no word on the price, earlier rumors and leaks suggested that these should be priced similarly to the Radeon RX 400 series, which means that those could get a further price-cut. As detailed earlier, the Radeon RX 500 series refresh is expected to launch on April 18th and there will be plenty of custom-designed cards to choose from. 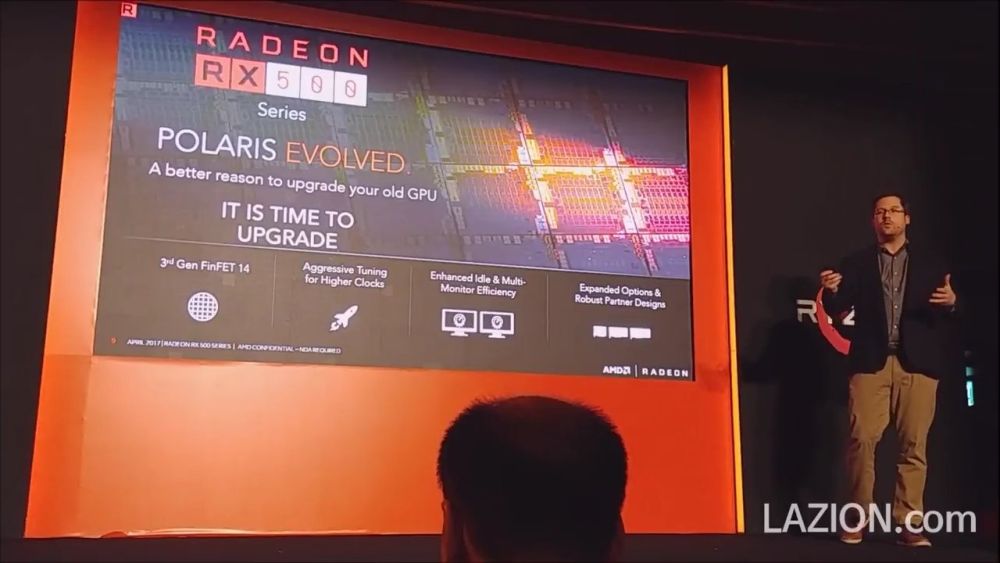 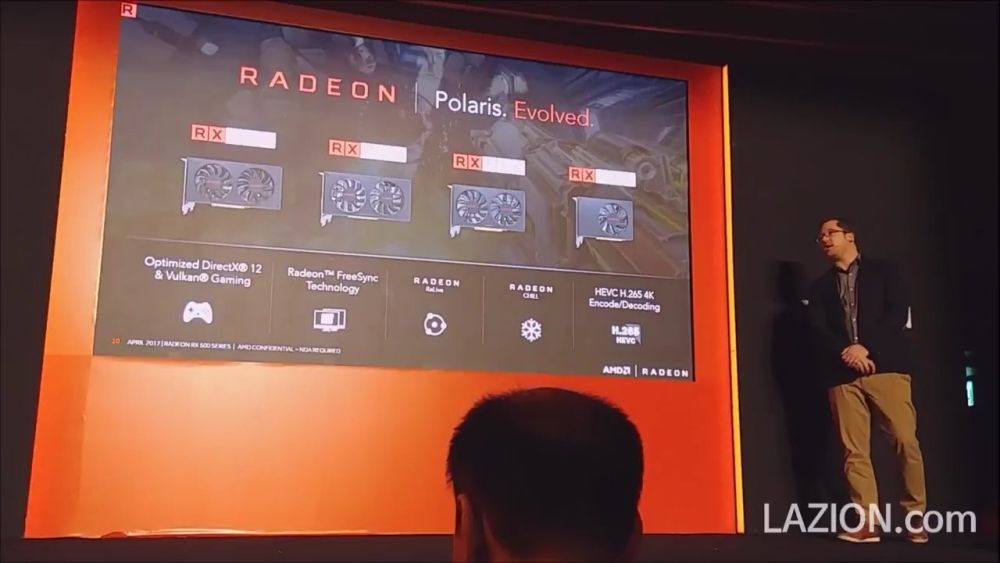