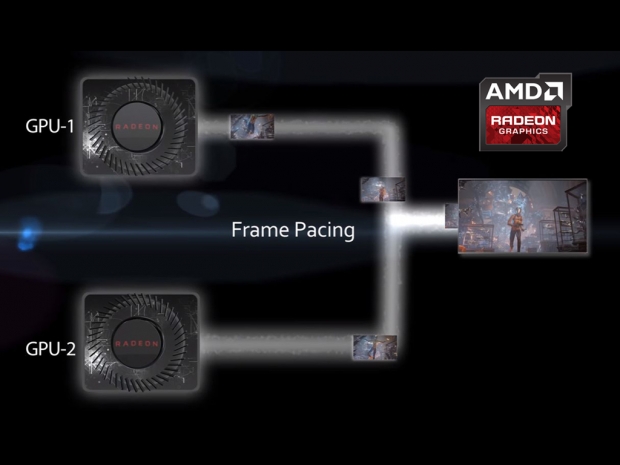 Works in a couple of games

One thing that we apparently missed in AMD's recently released drivers is the fact that this release enabled multi-GPU frame pacing support in DirectX 12 on all GCN-enabled GPUs and AMD APUs based on the same architecture.

According to a blog post written by Sasa Marinkovic, Head of VR and Software Marketing at AMD's Radeon Technologies Group, frame pacing is meant to deliver consistency by increasing smoothness in gameplay.

By enabling frame pacing on multi-GPU configuration, alternating frames rendered from each GPU are distributed evenly, thus preventing them to be created at various speeds and providing smoother gameplay.

Scott Wasson, an ex-Editor-in-Chief at Techreport.com and now Senior Manager for Product Marketing at AMD, which was actually "the guy" that pushed both AMD and Nvidia to pay attention to GPU frame pacing, took to the Youtube to explain DirectX 12 Multi-GPU Frame Pacing from a more technical side.

According to AMD, a number of games currently take advantage of frame pacing in DirectX 12 including Total War: Warhammer, Rise of the Tomb Raider and Futuremark's 3DMark Time Spy benchmark. Deus Ex: Mankind Divided has officially got the DirectX 12 patch which fixes a couple of issues but also adds support for DirectX 12. 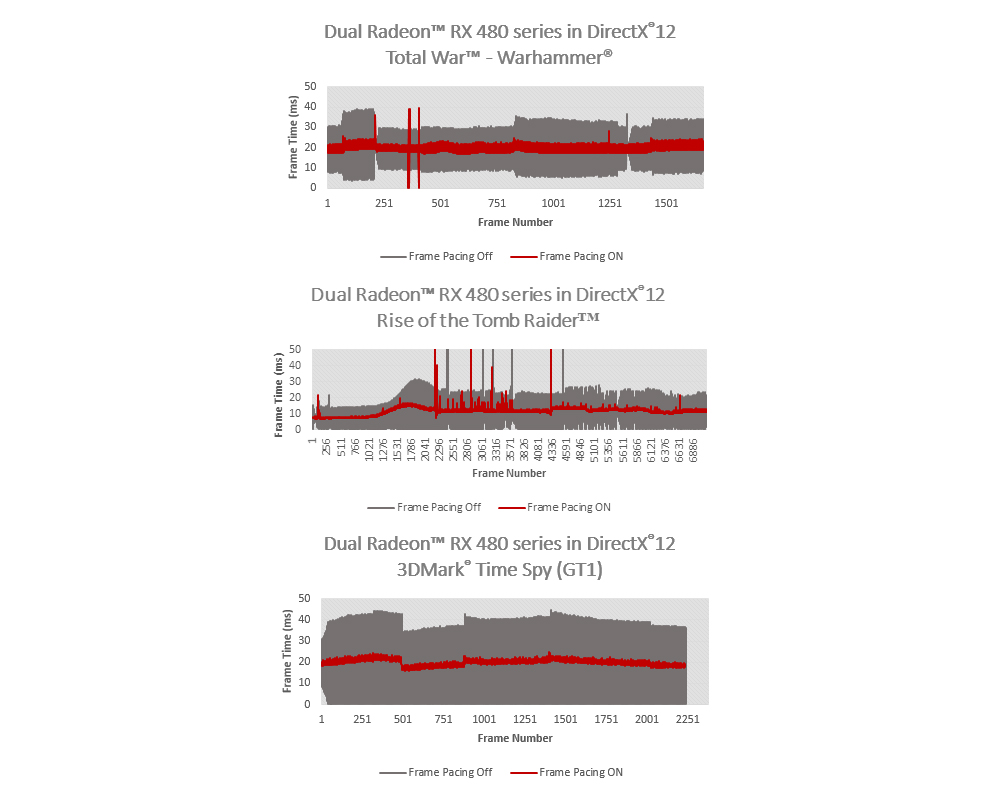 Hopefully, more games will also bring both DirectX 12 and DirectX 12 multi-GPU support as this shows that frame-rate numbers are not as important as the actual smooth performance.