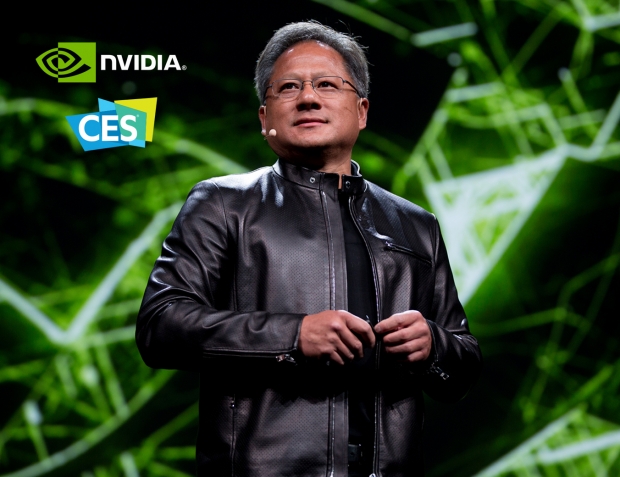 Nvidia has announced that its co-founder and CEO, Jen-Hsun Huang, will be live on the stage for a pre-show keynote address at CES 2017, talking about some of the areas the company is focused on, like artificial intelligence, self-driving cars, virtual reality, and gaming.

While details are kept tight under wraps at the company, Jen-Hsun Huang, also known as the Nvidia boss in a leather jacket, will be probably unveiling something big, although we doubt it will be a new GPU. Nvidia has a lot to talk about, including its next-gen Volta GPU, new Shield device, possible Shield-branded VR headset, rumored GTX 1080 Ti graphics card and pretty much anything else that has been filling the rumor channel lately.

Historically, Nvidia mostly focused on consumer electronics for CES 2017 and has previously unveiled the Drive PX 2, a self-driving module based on Parker SoC, which was released a couple of days ago, Tegra K1 SoC, Shield hand-held gaming device and more.

While we are sure that we won't see any new GPUs or graphics cards, Nvidia could still surprise us or at least share a bit more details on what to expect at the GTC 2017 event in May.

In any case, the CES 2017 show in January will be quite interesting, with AMD showing its new Zen CPU architecture, AM4 motherboards and probably more details regarding its high-end Vega GPU, scheduled to launch in the 1H of 2017.