MSI and EKWB team up for GTX 1080 30th Anniversary 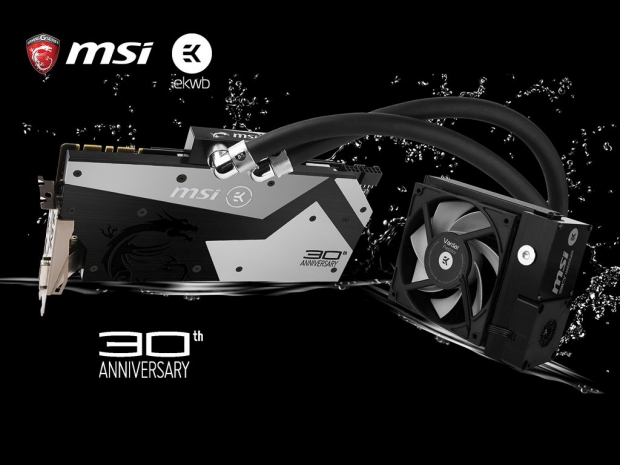 MSI has teamed up with EK Water Blocks for its latest MSI Geforce GTX 1080 30th Anniversary graphics card which will come with an all-in-one liquid cooling system.

Announced by both MSI and EK Water Blocks, which are liquid cooling specialists from Slovenia, the  MSI GTX 1080 30th Anniversary edition was made to celebrate MSI's 30th anniversary of making PC hardware.

According to details provided on MSI's official site, the  GTX 1080 Anniversary Edition will have three working modes, Silent, Gaming and OC mode, just as was the case with earlier released MSI graphics cards.

It is probably based on a custom PCB and still draws power from 8+6-pin PCI-Express power connectors and comes with 8GB of GDDR5X memory paired up with a 256-bit memory interface. The GP104-400 Pascal GPU will work at 1607/1733MHz in Silent mode, 1695/1835MHz in Gaming mode and 1721/1860MHz in OC mode, for base/Boost clocks. The 8GB of GDDR5X memory remains at reference 10008MHz in both Silent and Gaming mode and gets a minor 100MHz overclocking OC mode.

The biggest feature of the MSI GTX 1080 30th Anniversary graphics card is the all-in-one liquid cooling system designed and engineered by EK Water Blocks, specifically for this graphics card. It is basically a version of EKWB's EK-XLC Predator 120 AiO system paired up with a custom full-cover water block.

What makes the EK-XLC Predator special is the fact that both the DDC pump and the reservoir are mounted on the CSQ-design radiator, or next to it, which makes the radiator part a bit larger than your average 120mm liquid cooling solution, with dimensions set at 177x133x68mm. The radiator is cooled by EKWB's high-static pressure Vardar 120mm PWM fan.

The full-cover water block is made of nickel-plated copper base and cools down both the GPU and the memory as well as the VRM part of the graphics card. EKWB also slapped a unique solid metal backplate which should both keep the back cool and add some effects with integrated RGB LEDs on the Dragon logo.

In addition to the back, RGB LEDs are also placed on both MSI and EKWB logos as well as the Terminal.

While we still do not have an idea regarding the price or the availability date, we are sure that the MSI GTX 1080 30th Anniversary will be a limited edition product but hopefully there will be a decent supply for people looking for just that graphics card. 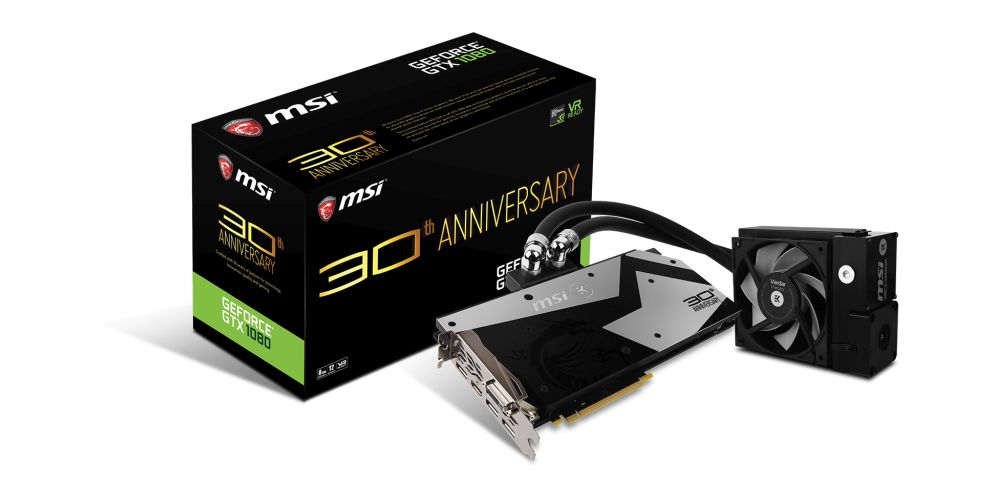 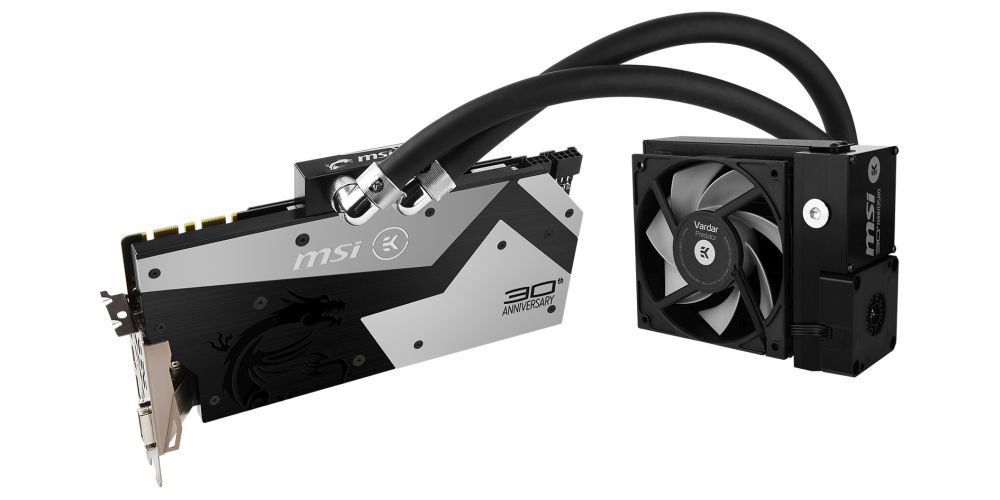 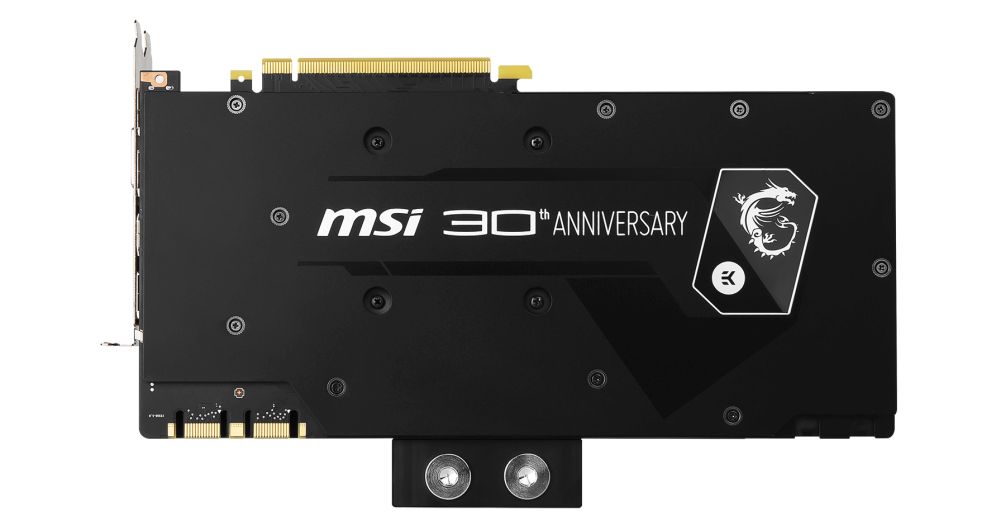 Last modified on 15 September 2016
Rate this item
(3 votes)
Tagged under
More in this category: « Radeon RX480 gets you Battlefield 1 cheaper Nvidia CEO coming to CES 2017 with big announcements »
back to top