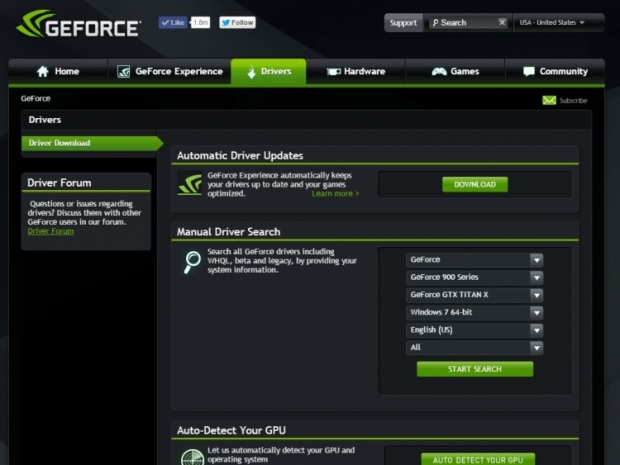 Nvidia has released its latest Geforce graphics card drivers which bring all the optimizations for the upcoming open beta phase of Star Wars: Battlefront game and a few other improvements.

As all the recent Geforce drivers releases, the Geforce 385.50 WHQL drivers support all Nvidia Geforce graphics cards since Geforce 400 series and are available for both 32-bit and 64-bit version of Windows Vista, Windows 7, Windows 8/8.1 and Windows 10.

According to the release notes, new Geforce 358.50 WHQL drivers include all optimizations for Star Wars: Battlefront Open Beta and will ensure the best possible gaming experience when the game starts today at 3:00PM CET.

The release notes also mention an SLI support for ShadowPlay and GameStream and Stereo support for DirectX 12 SLI and 3D Surround in Windows 10, added or updated SLI and 3D Vision profiles and controls for forcing the use of IGP or the Nvidia GPU in Optimus notebooks.

Rate this item
(1 Vote)
Tagged under
More in this category: « Samsung's mobile GPU might be ready for 2017 EVGA offers free shroud to Hybrid graphics card owners »
back to top