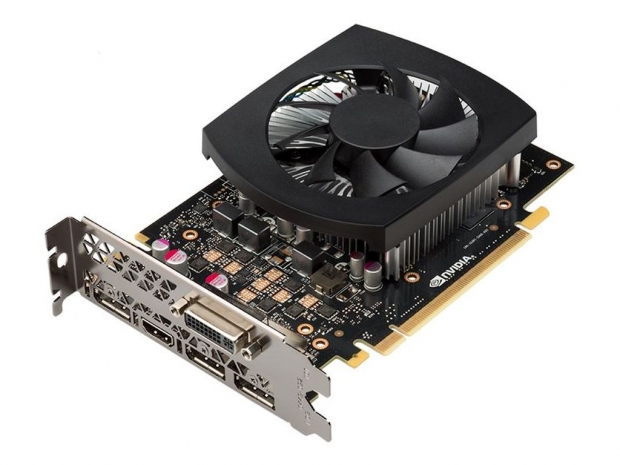 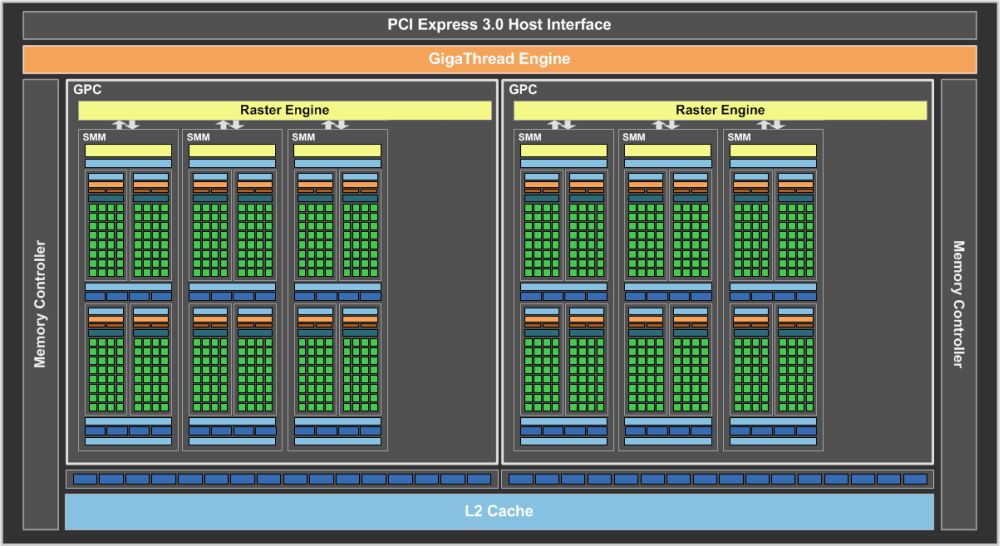 Although these won't matter much since most Nvidia partners will do custom versions of the graphics card, the reference clocks provided by Nvidia, are set at 1024MHz for the GPU base and 1188MHz for the GPU Boost clocks while memory is clocked at 6.6GHz. 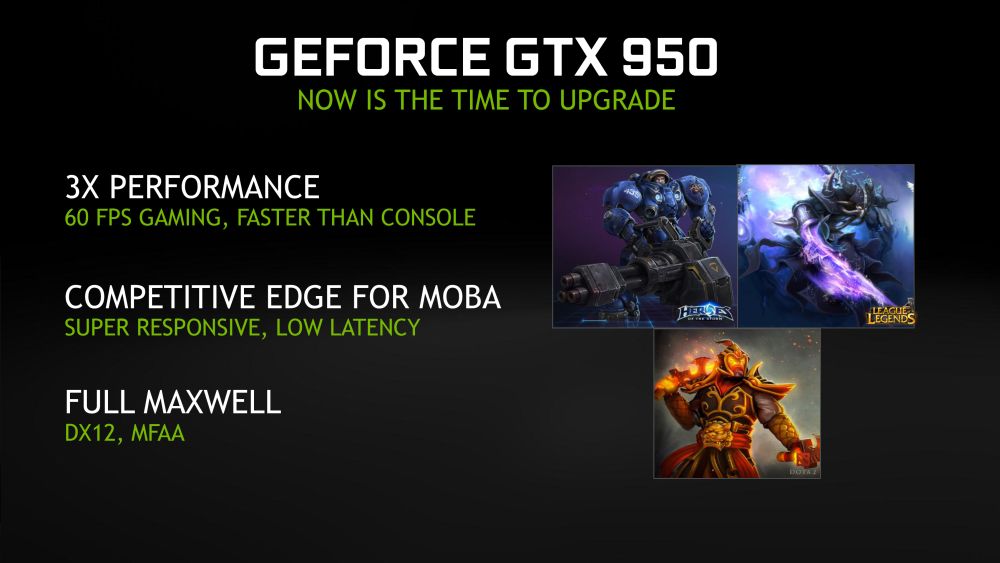 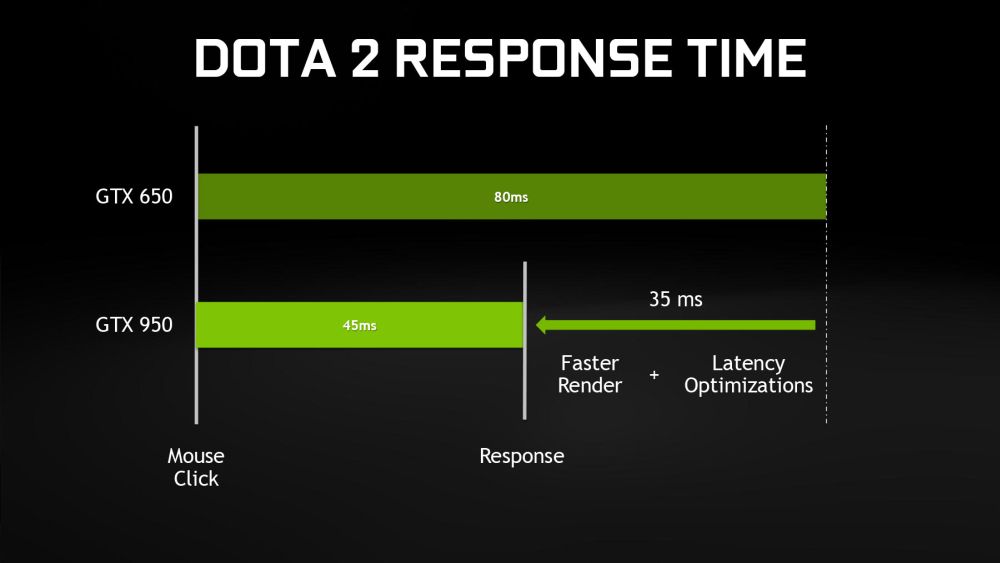 While it might be mostly suited for MOBA games, the Geforce GTX 950 can, according to Nvidia, run plenty of games at 1080p resolution, including the Witcher 3 : Wild hunt, GTA V, Battlefield: Hardline, Call of Duty: Advanced Warfare and FarCry 4, although we do not expect that you will be able to crank the level to ultra-high. It should be able to give you playable frame-rate even at high detail settings, though.

While it might have more CUDA cores, higher GPU clocks and faster memory compared to the GTX 750 Ti, the Geforce GTX 950 also has a higher 90W TDP, compared to 60W on the GTX 750 Ti. This also means that some HTPC users will not be happy to hear that it needs a single 6-pin PCI-Express power connector. 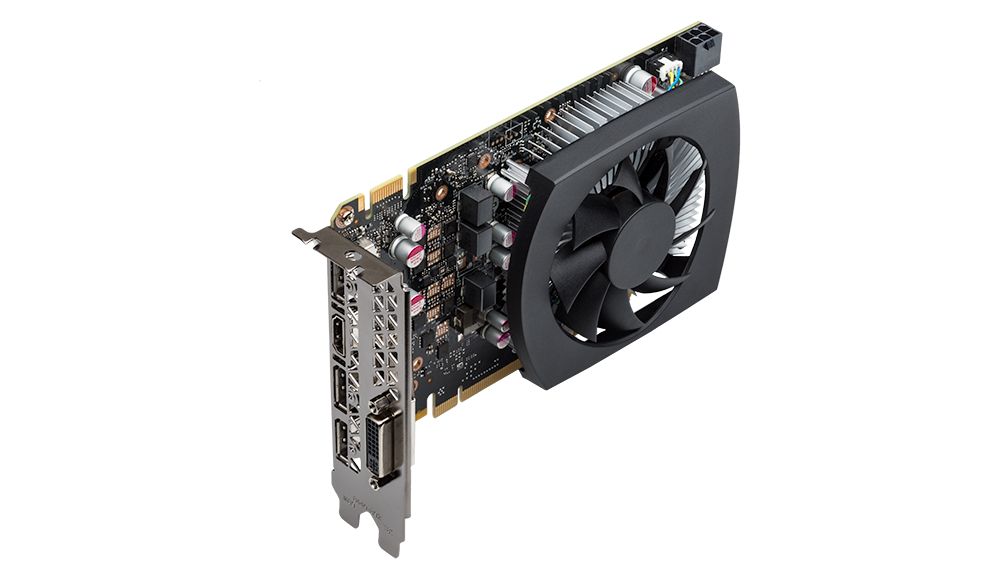 MOBA games are probably the most popular gaming market now and with a US $159.99 priced graphics card that can run all MOBA games and even provide an edge, according to Nvidia, the Geforce GTX 950 should do quite well.

There are plenty of Geforce GTX 950 to choose from as most partners will have a couple of different versions with different level of factory-overclock and different custom cooling solutions.

Most published reviews online agree that Nvidia made a solid entry-level graphics card and that MOBA angle on the story will give Nvidia an edge as AMD simply has no answer in that part of the market, at least unless you consider the rebranded R7 370.

You can check out some of the reviews below and our review of the EVGA GTX 950 FTW with ACX 2.0 cooler should be up shortly. 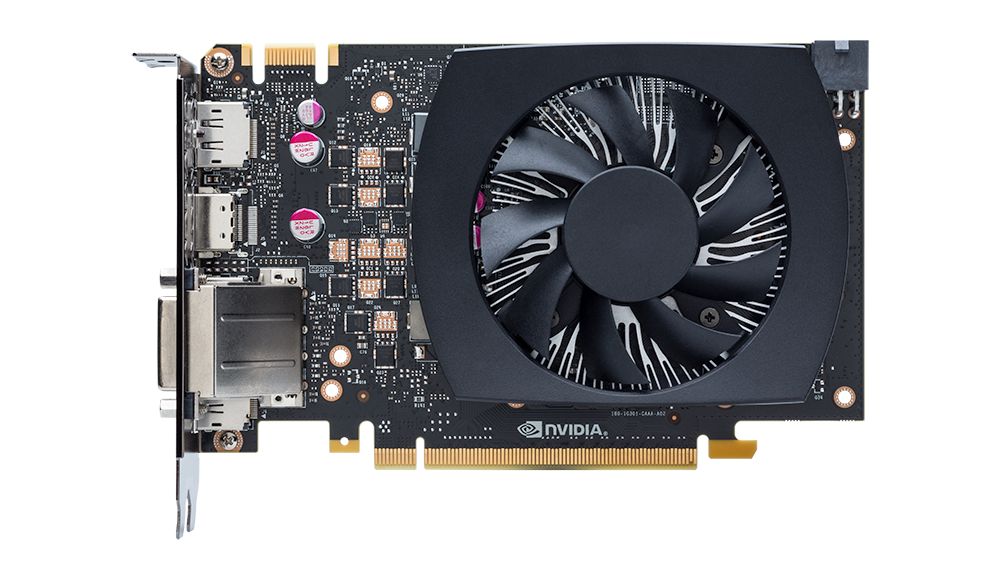 Last modified on 20 August 2015
Rate this item
(5 votes)
Tagged under
More in this category: « Nvidia is the king of the GPU market New "14nm" GPU rumours »
back to top