Nvidia is the king of the GPU market 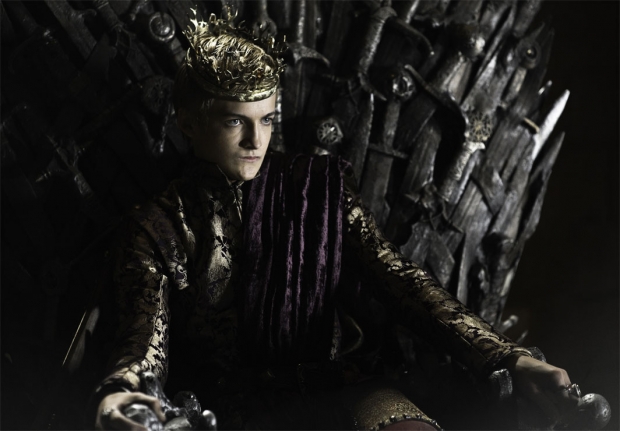 Nvidia's desktop GPUs accounted for nearly 80 percent of all sales in the segment in Q2 2015, its highest market share ever.

According to beancounters at the market research firm Mercury Research the GPU market is slowly dying.

The latest quarter was a decrease of 11 percent from Q1 2015 and a year-on-year decline of 21.7 percent so Nvidia is the undisputed king of a much smaller kingdom.

Mercury Research notes that the notebook GPU segment also witnessed a decrease to the tune of 34.1 percent year-on-year, mainly due to the continued improvements in the iGPU segment.

However when comparing both number of GPUs sold to partners and a four-quarter average of sales, Nvidia is the Windows and AMD is the FreeBSD.

AMD is dependent on its latest Radeon 300 series of cards to claw back something but at the moment it is looking like Nvidia is unstoppable.

Nvidia has continued to amass more sales over the course of the last year, and with its Maxwell-generation cards now available across all price tiers, it is unlikely has much to worry about from AMD. 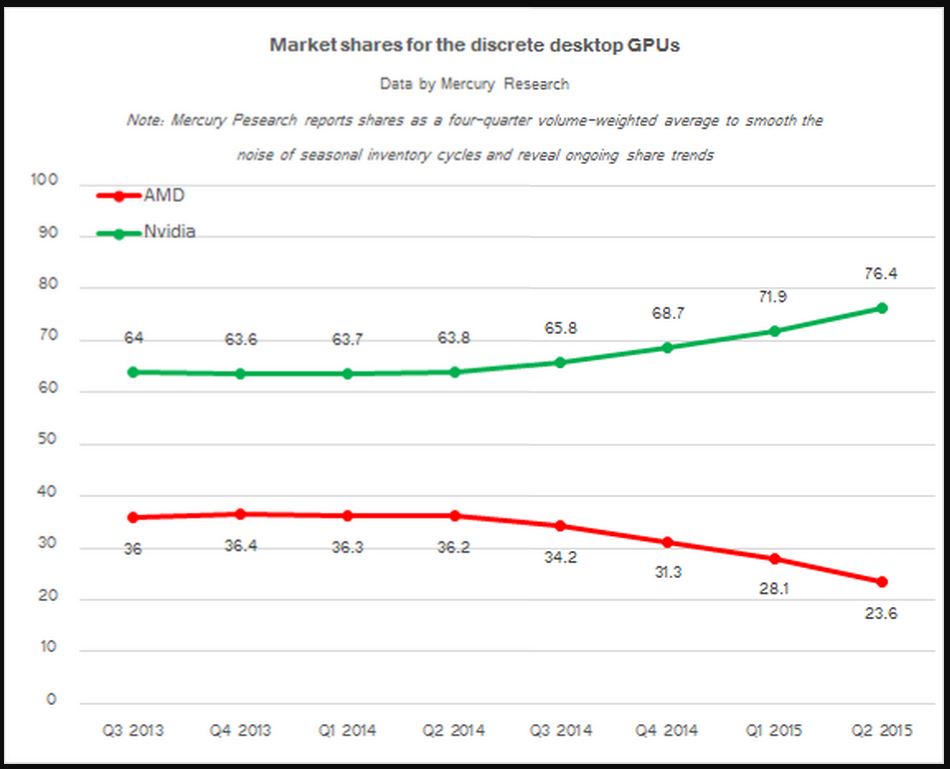 Last modified on 20 August 2015
Rate this item
(17 votes)
Tagged under
More in this category: « GPU shipments down 11 per cent Nvidia officially launches Geforce GTX 950 »
back to top