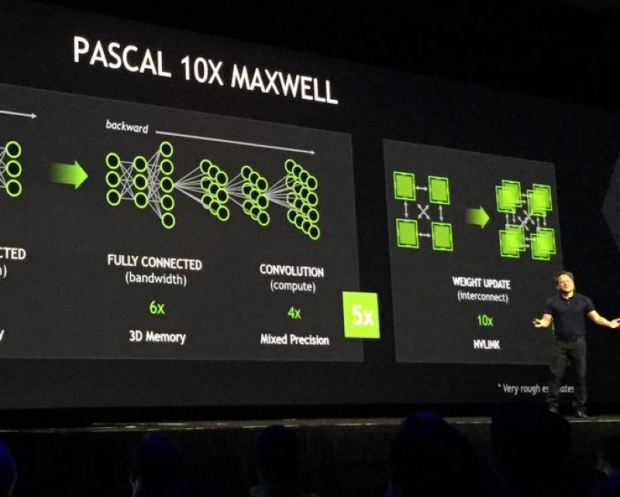 Pascal is Nvidia’s next generation architecture and it is coming after Maxwell of course. The company says it will launch next year, but details are still sketchy.

According Nvidia CEO Jen Hsun Huang, it is coming with Mixed Precision and this is the new architecture that will succeed Maxwell. Nvidia claims that the new GPU core has its own architectural benefits. 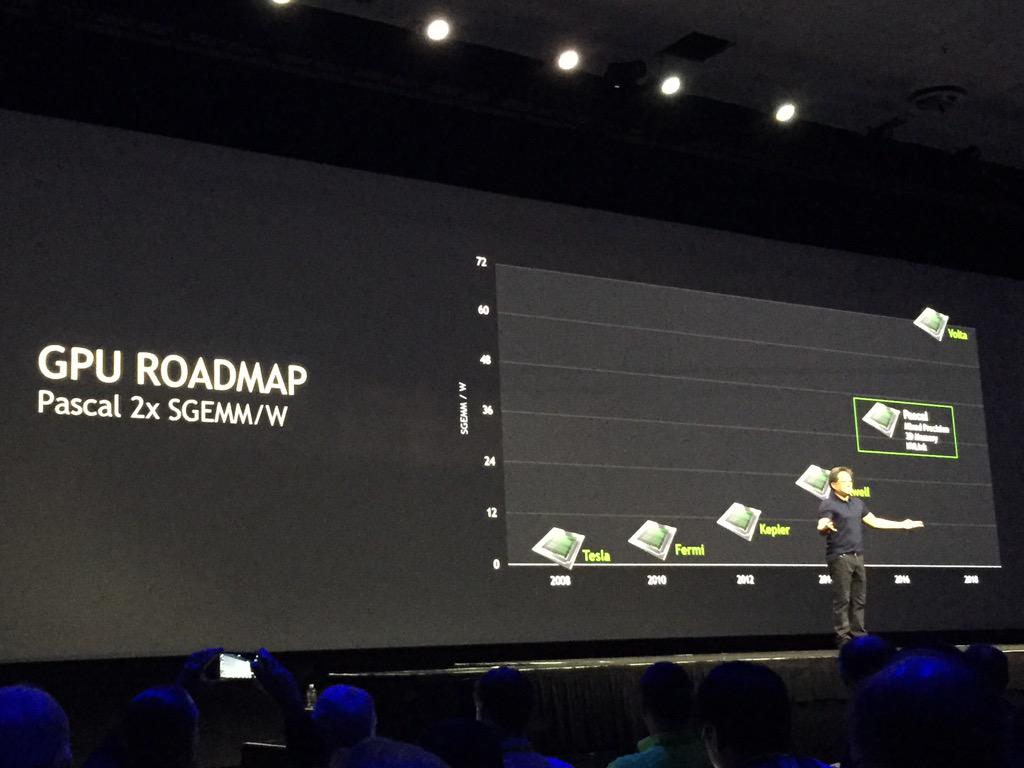 3D memory or High Bandwidth Memory (HBM), is a big thing and Jen Hsun Huang claims 32GB is possible with the new architecture, compared to 12GB on the new Maxwell-based Titan X. This is a staggering increase from the current standard of 4GB per card, to 12GB with Titan, and probably up to 32GB with Pascal. NV Link should enable a very fast interconnect that has 5 times the performance of PCI Express, which we all use right now. More memory and more bandwidth are obviously needed for 4K/UHD gaming.

Convolution and bandwidth at the front, and bandwidth to convolution at the back of the GPU, should get be five times faster than on Maxwell cards. It is complex fuzzy logic that is hard to explain with so few details shared by Nvidia about the Pascal architecture. 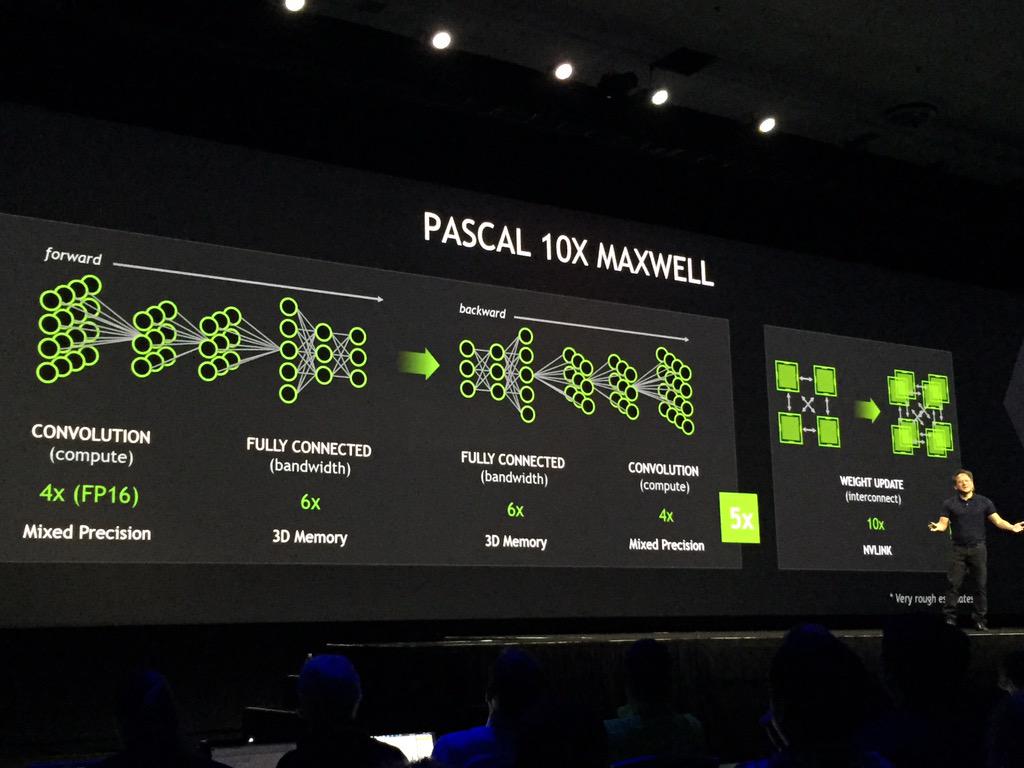 He warned the audience that this is a very rough estimate. This 10X number mainly targets deep learning, as it will be able to teach the deep learning network ten times faster. This doesn’t meant that the GPU offers 10 times the GPU performance for gaming compared to Maxwell, not even close, we predict.

Volta made it back to the roadmap and currently it looks like the new architecture will be introduced around 2018, or about three years from now.