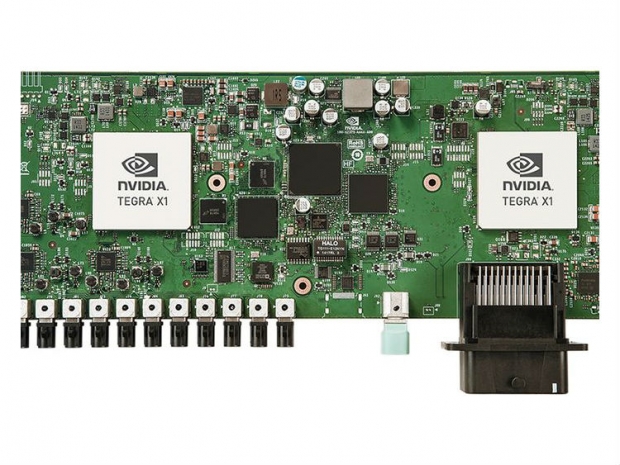 Nvidia has announced the Nvidia Drive PX, its self-driving computer for the automotive industry, is available as a developer kit.

The kit supports 12 camera inputs and has a lot of computational power. It will go on sale this May for $10,000. This is not a huge price for the car industry and this is just a small step in the development of next generation self-driving cars.

Jen-Hsun Huang, the CEO of Nvidia, believes that this might be a big thing for the company’s future, as automated cars are clearly where the industry is going. Nvidia has compared the performance of Drive PX with a DARPA project from a few years ago, called Dave. Dave was a small car that was able to drive based on the deep learning neural network that processed a lot of images in order to learn how to drive and avoid obstacles.

Nvidia has 12 camera outputs and the system boasts 2.3 teraflops of computing power, as well as the ADAS feature that runs multiple cameras and combines the data from them. This is a nice kit and Elon Musk, CEO of Tesla, is excited about this technology for Tesla’s future development of fully autonomous, self-driving cars.

Rate this item
(3 votes)
Tagged under
More in this category: « Nvidia Pascal comes in 2016 Pascal uses 2.5D HBM memory »
back to top