Based on a fully custom design with an 8-phase VRM, a new dual-fan dual-slot Jetstream cooler that features 0dB technology and Turbofan Blades, LED lightning, backplate, and features called the Master Mode and the Thunder Master OC Mode, which will most likely offer better overclocking, the Palit custom GTX 980 will be available in two versions, the Jetstream and the Super Jetstream.

Palit's two new versions of the custom GTX 980 will apparently only differ in the actual factory-overclock for both the GPU and the memory. The standard GTX 980 Jetstream will work at 1127MHz base GPU clock and 1216MHz GPU Boost clocks while 4GB of GDDR5 memory will remain at reference 7000MHz. The Palit GTX 980 Super Jetstream model ended up working at 1203MHz base clock and 1304MHz GPU Boost clock with memory overclocked to 7200MHz. 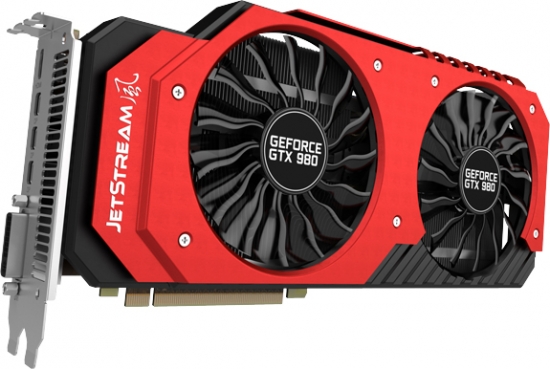 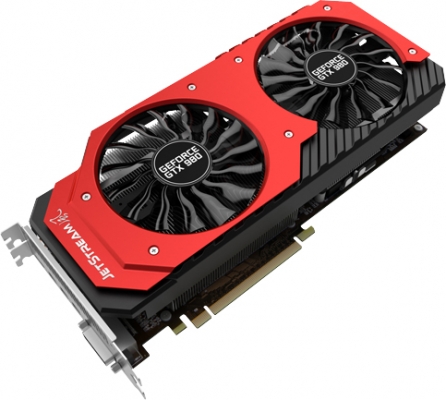