AIBs have seen better days and in recent years many have started to diversify and enter new niches, ranging from various gaming peripherals, through tablets to gaming PCs and small form factor computers.

To the best of our knowledge, Inno3D is the first AIB partner to branch out into 3D printing.

So far the company has two mid-range fused filament fabrication (FFF) 3D printers priced north of €1,000. Both appear to share the same internals. 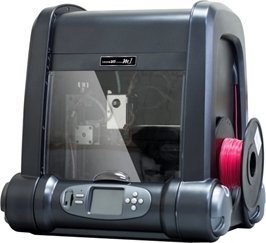 The M1 features a single 0.3mm nozzle and it uses standard 1.75mm filament. The printer can use PLA, ABS and Nylon filament. Layer thickness ranges from 0.10mm to 0.25mm. It has a touchscreen user interface and a keypad and it ships with free 3D printing software with STL to printer file format conversion. It can be hooked up via USB 2.0, but it can also use SD memory cards.

The Printer D1 uses virtually the same hardware platform, but it has a completely different design. It is not enclosed and the metal chassis looks quite a bit more rugged, making it somewhat more suitable for small businesses and other organisations that would use it on a daily basis. 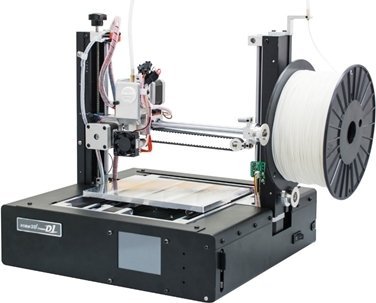 The spec appears to be identical, it has the same layer thickness and it uses the same nozzle. The press photos show a significantly bigger filament spool, but at this point we cannot confirm whether it can support bigger spools than the M1 or not, since it is possible that the M1 can handle the same spool.

We found both printers listed in Europe at about €1,150, here and here, but we could not find them listed on Inno3D's site, despite the fact that the M1 was announced a couple of weeks ago. 3Diot managed to find the M1 spec sheet, but we were unable to find more info on the D1.