Maxwell 2.0 is perfect for notebooks

Earlier last month Nvidia has unveiled the mighty GM204 GPU at its Game24 event and this GPU, as well as the Geforce GTX 980 and the GTX 970 graphics cards based on the new part, became a rather big thorn in AMD's eye, especially due to Maxwell's performance per watt. Efficiency is quite impressive considering the GPU is still based on the 28nm manufacturing process. In less than month, Nvidia has unleashed the same GPU on the mobile market, as the GTX 980M and the GTX 970M. 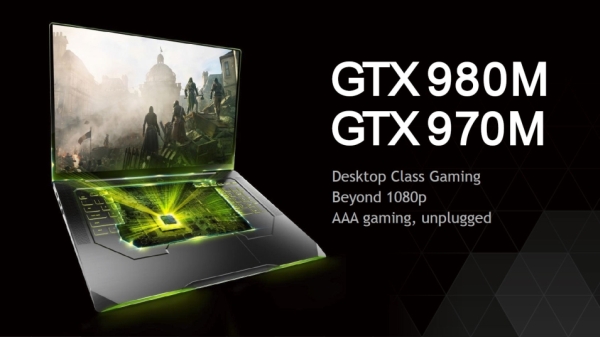 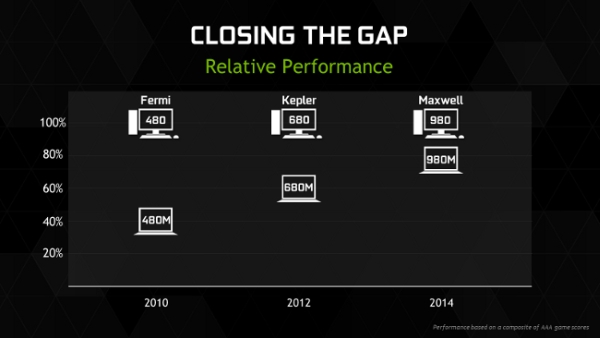 Expectedly, the 28nm GM204 GPU based GTX 980M has 1536 CUDA cores and works at 1038MHz for the GPU base clock and while the Boost GPU clock is unknown, the impressive base clock suggest that it packs quite a punch. The GTX 980M still retained the 256-bit memory interface which will be paired up with 4GB or 8GB of GDDR5 memory clocked at 5.0GHz. The GTX 970M on the other hand packs 1280 CUDA cores, 924MHz base GPU clock and comes with either 3GB or 6GB of GDDR5 memory clocked at 5.0GHz and paired up with a 192-bit memory interface. Unfortunately, Nvidia did not reveal any details regarding the TDP of these two new mobile Maxwell 2.0 GPUs. 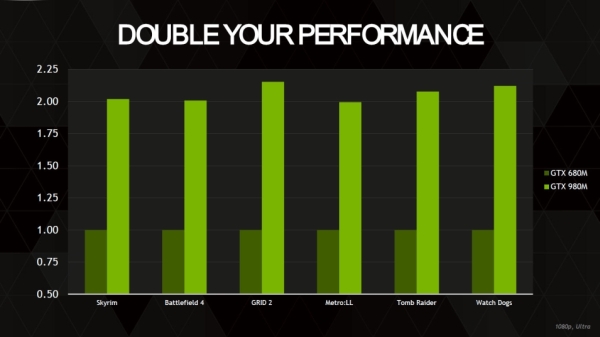 According to Nvidia, the GTX 980M has double the performance of the GTX 680M and will bring gaming at "beyond 1080p" on notebooks. 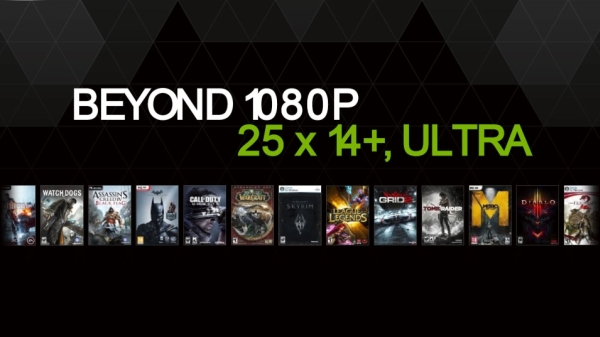 The mobile GM204 Maxwell will also bring all the features seen with the desktop counterparts, including the VXGI, FXAA, DSR, DirectX 12 support and Nvidia GameWorks, but also some features that are mobile related, like the well known graphics-switching Optimus Technology as well as the new BateryBoost technology. While it did not reveal any specific details, Nvidia did note that the new BatteryBoost will set a maximum frame rate from 30 to 60FPS, thus pushing all the system components at peak efficiency. 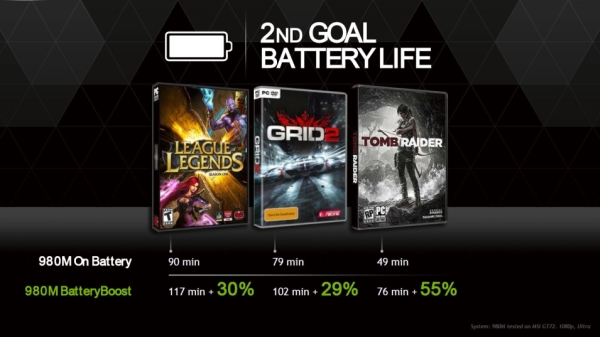 According to Nvidia, there should be over a dozen SKUs already available with the Geforce GTX 980M and GTX 970M including MSI's GT72, GS70 and GS60 models, Asus' G751, Gigabyte's Aurus X7 and P35 models while system integrators like AVADirect, MainGear and OriginPC should also have these new GPUs available as an option. 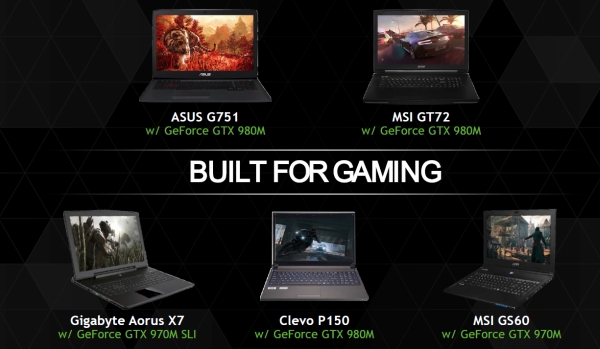