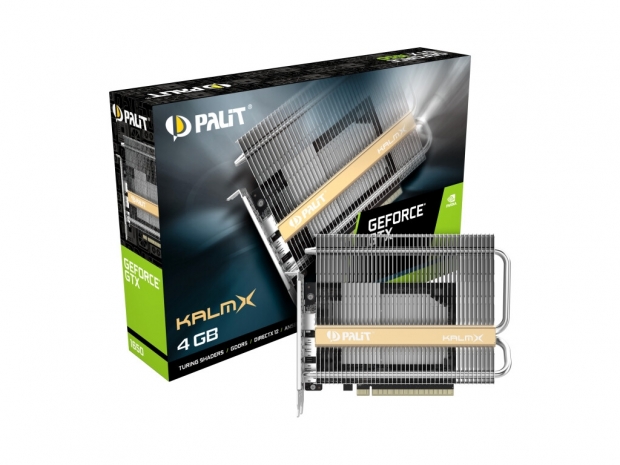 Part of the KalmX series

Palit has announced the latest addition to its KalmX graphics card series, the GTX 1650 KalmX, a completely passive graphics card.

As it features a larger passive heatsink, making it taller and longer than the actual PCB, the Palit GTX 1650 KalmX is completely silent. The large heatsink comes with two heatpipes and a plate with a copper base that covers both the GPU, VRM and possibly memory chips as well.

Since it is based on a reference GTX 1650 design, the Palit GTX 1650 KalmX does not need additional power and it features two DisplayPort and single HDMI output.

Unfortunately, Palit did not reveal any details regarding the price or the availability date but hopefully, it will show up in retail/e-tail soon. 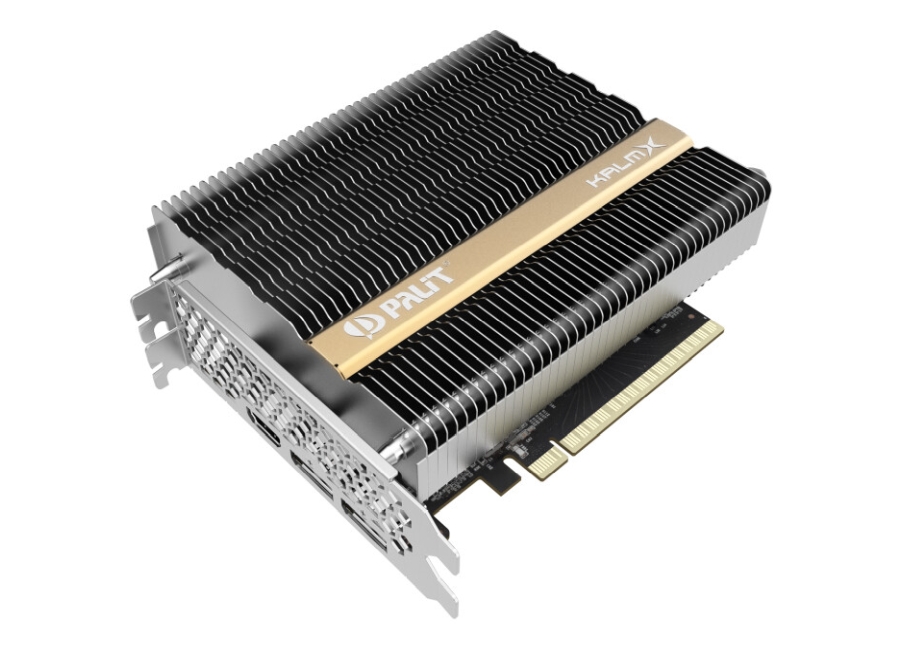 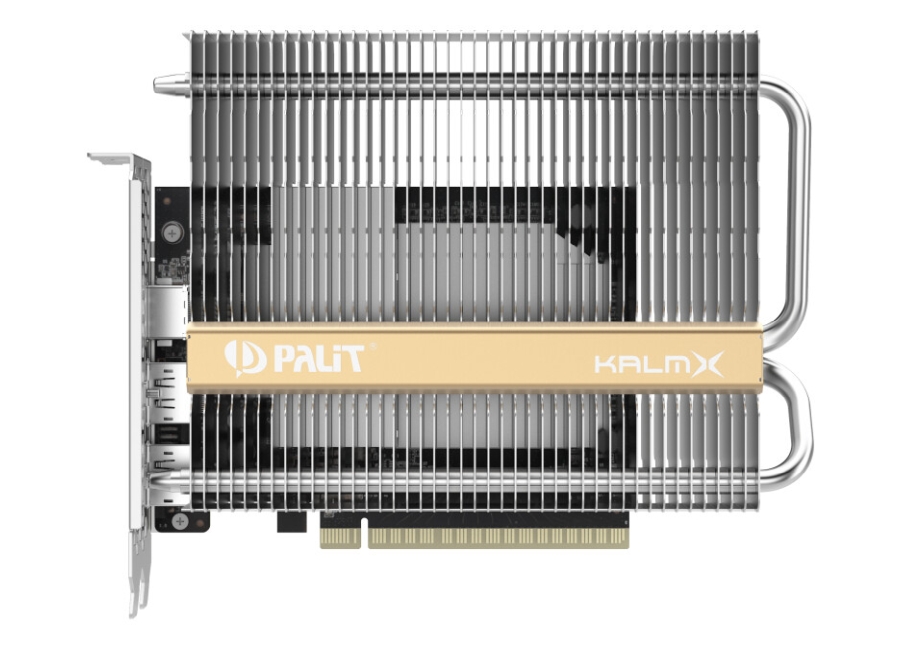 Last modified on 07 February 2020
Rate this item
(2 votes)
Tagged under
More in this category: « AMD rolls out Radeon Software 20.2.1 graphics driver MSI working on GTX 1650 with GDDR6 memory »
back to top