The EK-FC Titan Z, as EK Water Blocks decided to name it, features a full cover water block design, which means it cools both GPUs, RAM and the massive VRM part, pushing water directly over these critical areas in order to keep the whole card stable even under high overclock. The EK-FC Titan Z also features a very high flow design which allows it to be used even with water cooling systems with weaker pumps.

The base of the EK-FC Titan Z water block is made of bare or nickel-plated electrolytic copper, depending on the version, while the top is made of cast acrylic material or POM Acetal, also depending on the version. It also comes with pre-installed brass standoffs and uses 0.7mm wide microchannel structure to improve heat transfer without sacrificing low hydraulic restriction design.

The EK-FC Titan Z comes bundled with a two-slot I/O bracket which replaces the original three-slot one in order to ease the installation of multiple graphics cards. According to EK Water Blocks, up to four EK-FC Titan Z water blocks can be interconnected via EK-FC Terminal.

As was the case with some of the previous EKWB full cover water blocks, the EK-FC Titan Z will also be available in three different versions with an aesthetic retention backplate as an option. 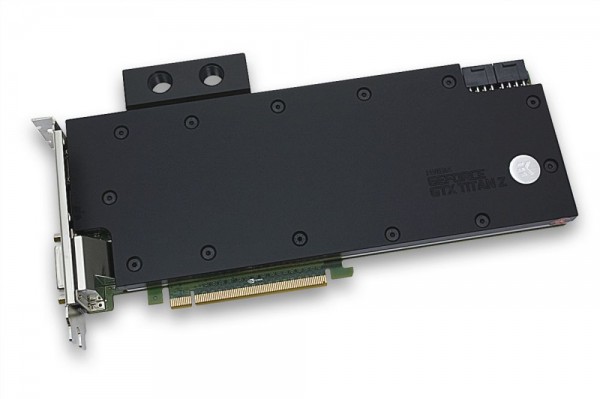 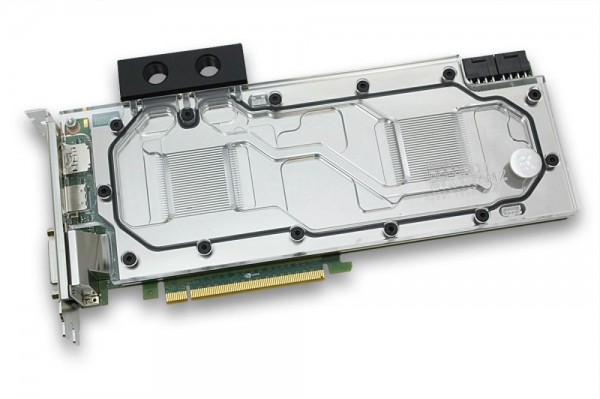