Nvidia has finally and officially launched its dual-GPU GTX Titan Z graphics cards and, as one of Nvidia's most dedicated partners, EVGA has announced no less than three different versions of the GTX Titan Z, including reference, SuperClocked (SC) and the water cooled Hydro Copper version. 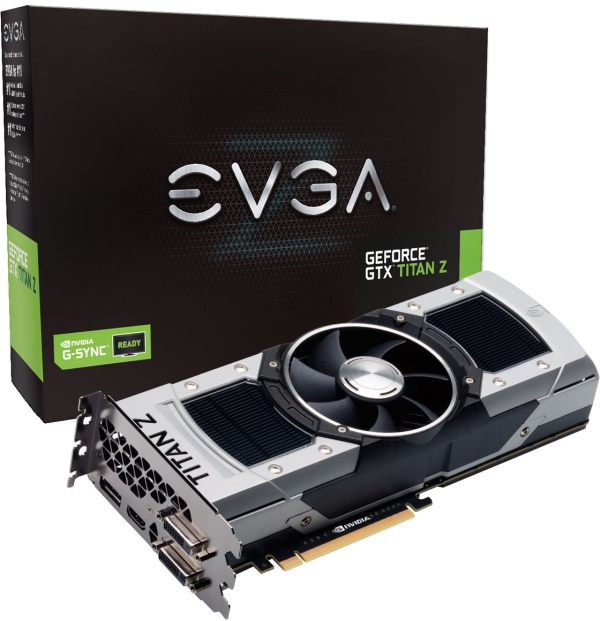 The US $2999.99 priced, as currently listed at EVGA's own webshop, dual-GPU GTX Titan Z graphics cards might not be for everyone but will surely have appeal to a nich user base. It features a total of 5760 CUDA cores, 12GB of 7000MHz GDDR5 memory paired up with a dual 384-bit memory interface for 672GB/s of memory bandwidth and works at 705MHz base and 876MHz GPU Boost clocks.

In order to cool down both GK110 GPUs as well as the memory and the VRM part of the new GTX Titan Z graphics card, Nvidia decided to go for a triple-slot cooler with massive heatsink and center placed fan as well as a full cover backplate. Lower clocks of GK110 GPUs allowed Nvidia to keep the TDP down, so the GTX Titan Z needs two 8-pin PCI-Express power connectors.

As noted, EVGA prepared three different versions of the GTX Titan Z and although it usually is not the case, EVGA has now even announced the clocks for its GTX Titan Z SuperClocked which will work at 723MHz base and 915MHz GPU Boost clocks while memory remained at reference 7000MHz. 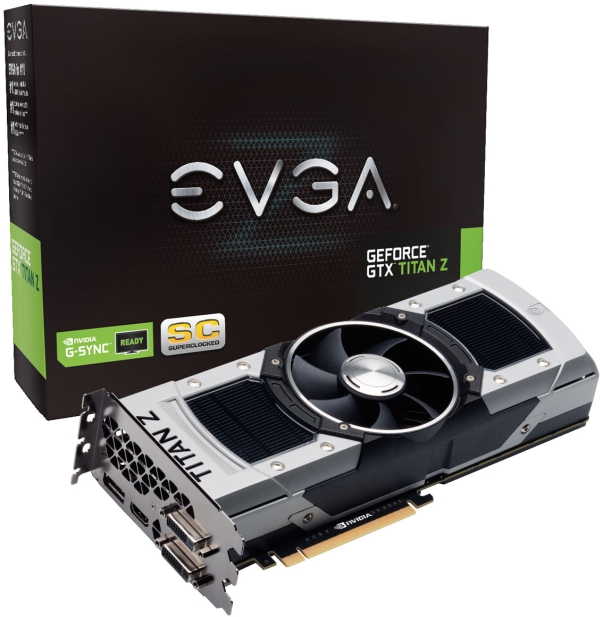 On the other hand, the EVGA GTX Titan Z Hydro Copper is a whole different story as this time around EVGA has included the next generation Hydro Copper water block, which is made of nickel plated electrolytic copper and features a full cover design which means it will cool the GPUs, memory and the VRM part of the GTX Titan Z Hydro Copper. It will feature 1/4" threaded fittings on each side of the terminal. 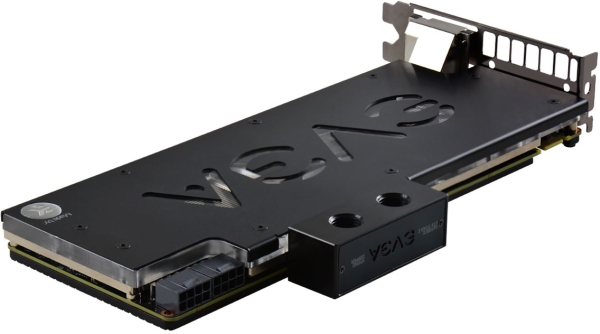 The cooling is not the only thing different on the EVGA GTX Titan Z Hydro Copper as this one pushes the GPU clocks a notch higher to 758MHz for base and 941MHz for the GPU Boost.

There is no information on when we can expect them to be available and, as we wrote before, these cards will not sell in volume but they surely have a niche market. 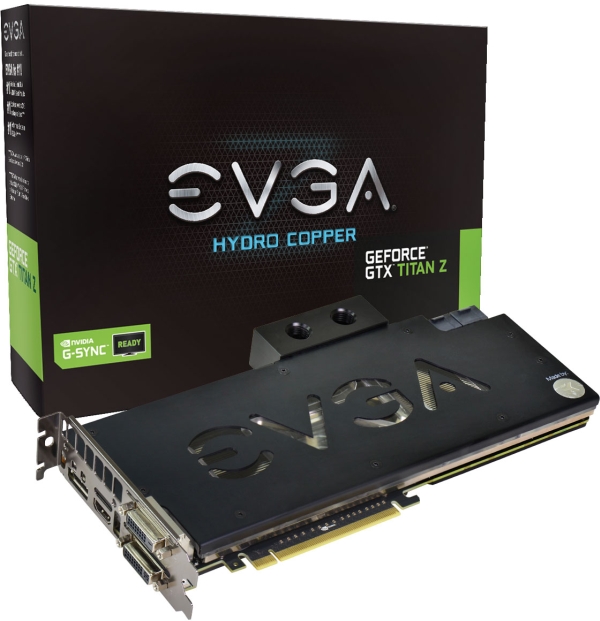