A leaked roadmap coming from notebook manufacturer Clevo suggesting that we might see new Nvidia Geforce 800M series mobile parts as early as February. The lineup will most likely be based on at least a couple of rebranded Kepler GPUs but the roadmap did not offer any details.

The leaked lineup starts with entry-level Geforce GT 840M and Geforce GTX 850M (although it is most likely GT 850M). These two will most likely be based on Kepler architecture and be rebrands of some earlier mobile GPUs. Of course, we will be sure as soon as we see some specifications. Both the 840M and the 850M will be equipped with 2GB of DDR3 memory.

Although it is not clear if OEMs like Clevo will get it in February or we will actually see some notebook with new Nvidia Geforce 800M parts on retail/e-tail shelves in February, we are quite sure we will hear more about them during CES 2014. 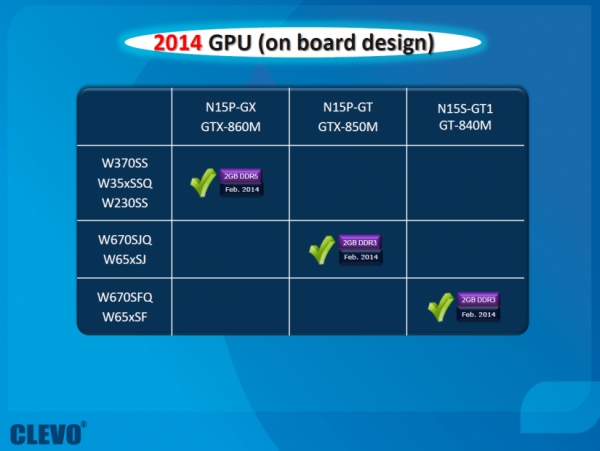 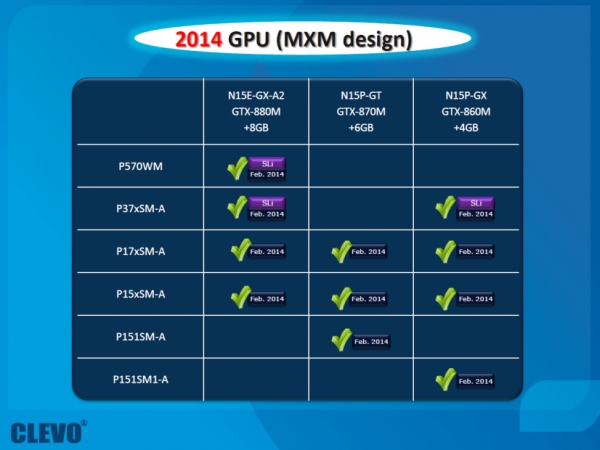