The GPU clock is 746MHz GPU clock, the GPU features 288 shaders clocked at 1492MHz and 1GB of GDDR5 memory clocked at 3828MHz, paired up with a 192-bit memory interface. The card is equipped with a dual-slot blower-style fan that actually looks quite strange on such a short PCB, but should do a decent job in cooling that card.

The card features DVI, HDMI and DisplayPort outputs and it needs two 6-pin PCI-Express power connectors. It is currently listed in Europe with a lowest price set at €124,90 and with that price tag should be a direct competitor to AMD's recently introduced Radeon HD 7770 card. 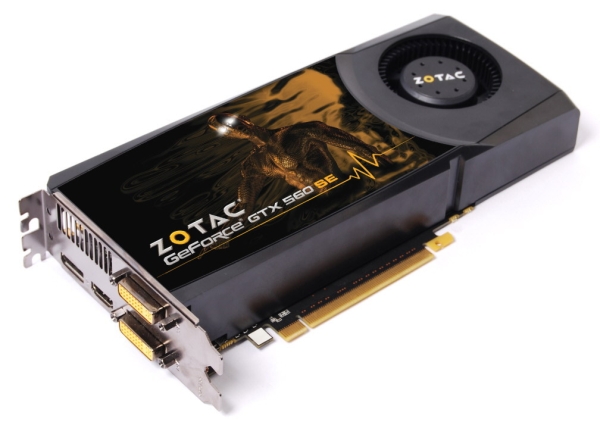 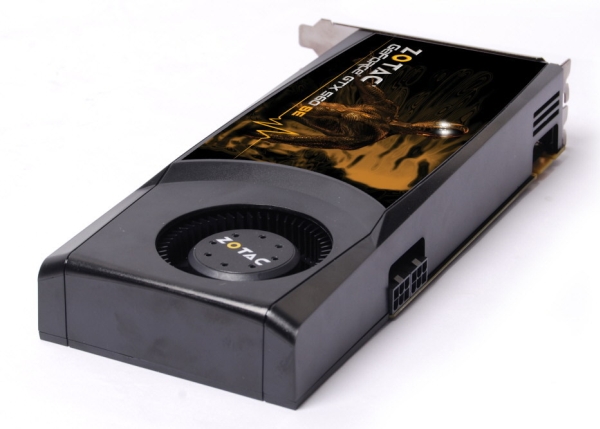 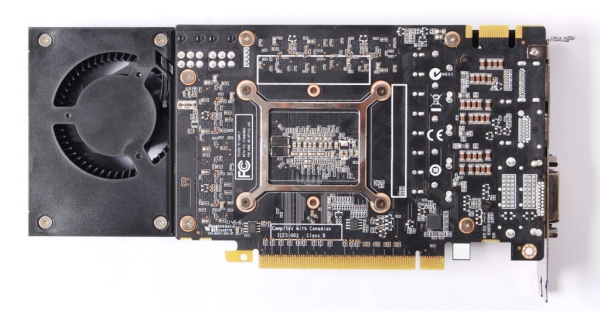